By Scott Johns and Craig Gibson 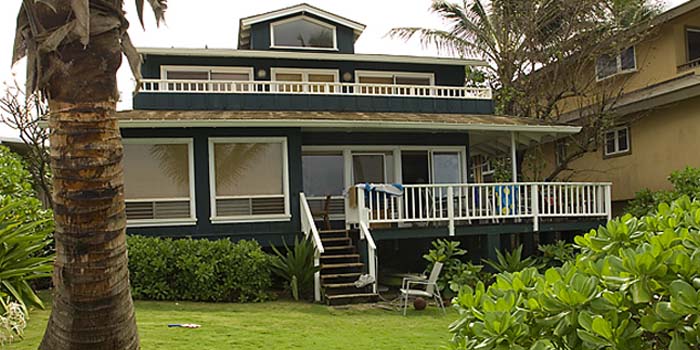 of the most talked about stories of this Pro Tour actually began months ago. According to Gabe Walls, it all started when Jelger Wiegersma heard the news from Wizards that the 2006 season would be kicking off from Hawaii. 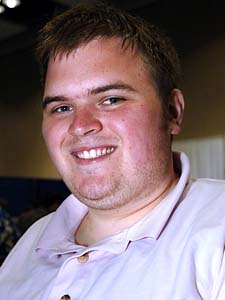 Gabe Walls, one of the six main men from the Hawaii House

Jelger declared there was no way he was going to Hawaii for only a week. Several of the Pros loved the idea of coming to Hawaii so much that they decided to look into renting a beach house with a bunch of other friends from the Tour and make it a month of vacation and Magic. And so the Magic Beach House was born. I sat down with Walls after the first round of play on Saturday to get all the info and he was nice enough to fill me in.

Here's the complete list of players from the event that spent at least some time with the beach house crew. 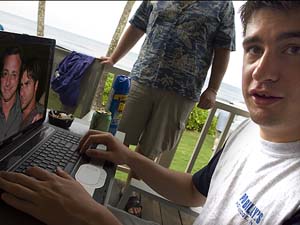 Of those 14 players, the first 8 were the main core, with the other players showing up for shorter periods of time along the way. For those that made it all the way, the beach house run went from February 11 to March 12. Looking back on it, Gabe felt they had a great feel for the format, and even looking at the decks that showed up they feel that they playtested just about all of the decks in the room within a few cards. Perhaps their most important claim was correctly predicting that Wildfire would not be showing up in large numbers, despite claims by others to the contrary. That prediction was crucial, because the black-white-green control deck most of the group is playing doesn't fare well in a Wildfire-heavy environment. 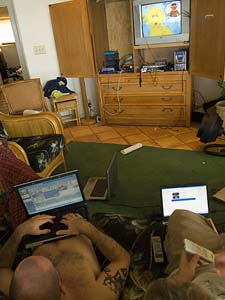 I asked Gabe what a typical day at the beach house was like and he laughed. "Oh man. Well, first we probably get up around 11 or 12, laze around, and then get a couple hours of Constructed practice in." 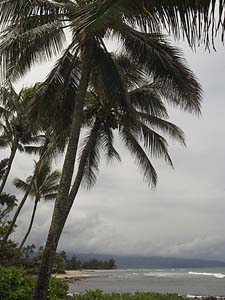 "Then, it's off to the beach for some swimming followed by lunch. Probably about four hours for all that." 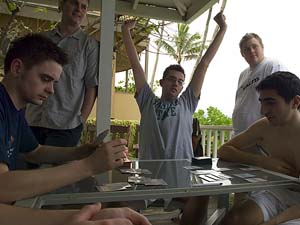 "Then after lunch, probably a draft for a couple hours. We are Magic players after all." 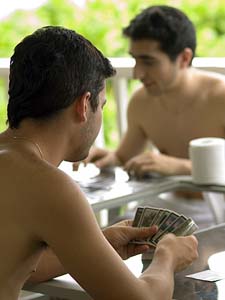 "Next comes the big block of Constructed testing, probably four hours or so." 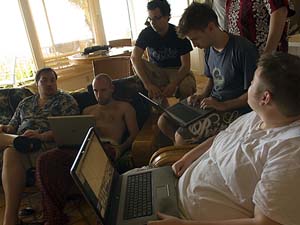 "After that it's getting pretty late so it's just having fun. Maybe watch a movie, or play Magic Online. We've got a lot of laptops."

Now, don't get me wrong. My job at Wizards is ridiculous and I love it. But, listening to these guys talk about the last month they've been enjoying you can't help being a little envious. Good friends, lots of Magic and gaming, all against the backdrop of gorgeous Hawaii. Sam Gomersall summed it up: "It really doesn't get any better than being in Hawaii on the beach playing Magic."

If you haven't yet, make sure to download the video clip from our coverage for even more on what many would consider the ultimate gamer vacation. Look like fun? Get out there, get Q'ed and we'll see you in Prague!