By Ted Knutson and Craig Gibson

n Thursday before Pro Tour-Geneva, Magic players hit the slopes in La Clusaz, a small village nestled in the French Alps. There was more than a little skepticism from certain parties that a fun activity like this might fail because Magic players aren't the most athletic of groups, but two buses full of players and staff proved that the idea was a smashing success.

This was despite the fact that players had to be up before the crack of dawn to register and catch the buses. Among the staff that made the trip were ski mom/Director of Events Renee Roub, Magic Brand Manager Sarah Haines, former director of Magic R&D and new Vice President of Digital Gaming Randy Buehler, and sundry scruffy coverage reporters (like myself, Tim Willoughby, and Rich Hagon). Randy, Tim and Rich were all first-time skiers, as were numerous players who made the jaunt, but lessons were available to all who needed or wanted them.

Among the name players to make the trip were Hall of Famer Rob Dougherty, Shuhei Nakamura, Paulo Vitor Damo Da Rosa, and Worlds Top 8 member Nick Lovett. Da Rosa's decision to make the trip was particularly entertaining because it was the first time he had ever seen snow. It was raining when we left Geneva and headed into the mountains, but about halfway up the rain turned to a snow that became more driving the higher up you went.

Alps ski areas had been notably short on snow lately, but this fresh storm delivered beloved, magnificent powder. Six hours on the slopes proved far too much for some, and those who got tired quickly shifted to eating and later drafting, making the ski trip fun and practical for those players still getting a handle on what Planar Chaos had to offer. A fantastic time was had by all, no one was injured, and the trip returned to Geneva just in time for the player registration dinner.

Ace photographer Craig Gibson, an accomplished skier himself, snapped these shots of the outing. 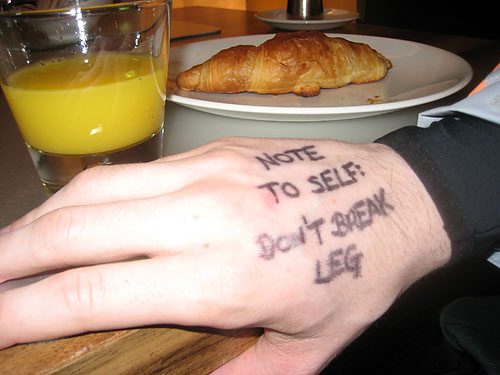 This is Tim Willoughby's reminder to himself that skiing can be dangerous. 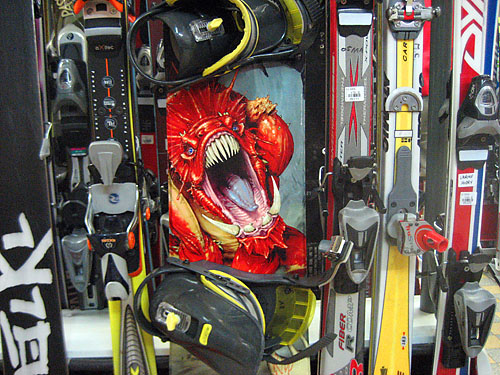 This Raging Kavu snowboard was actually for sale in one of the local stores. 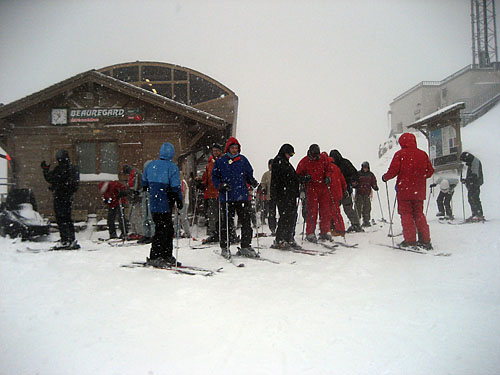 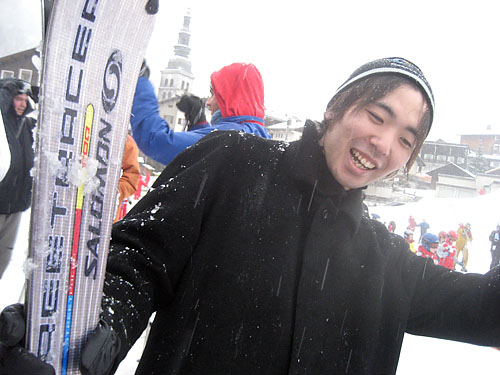 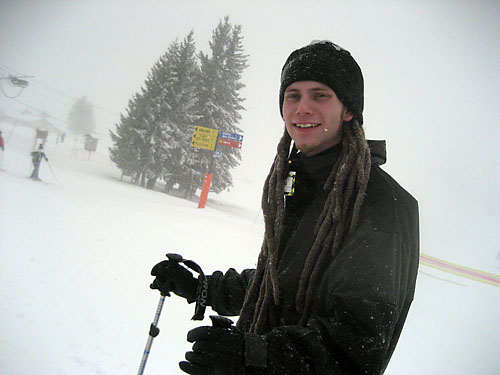 Tobias Henke looks comfortable on the slopes or singing reggae. 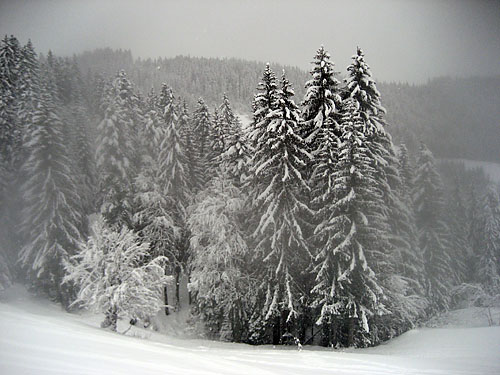 The snow storm turned the trees into works of art. 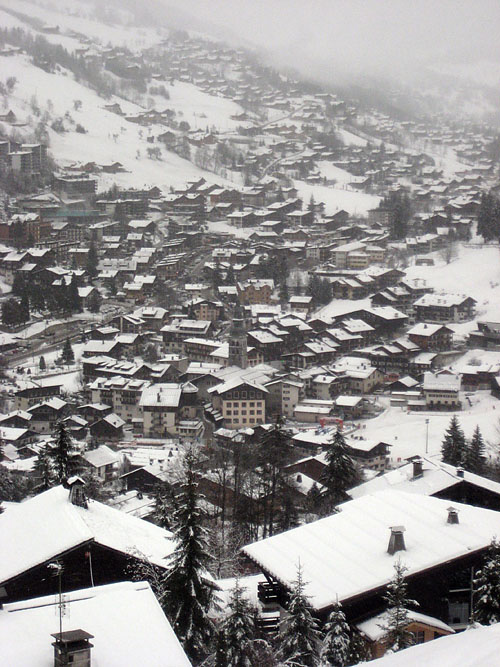 La Clusaz from above. 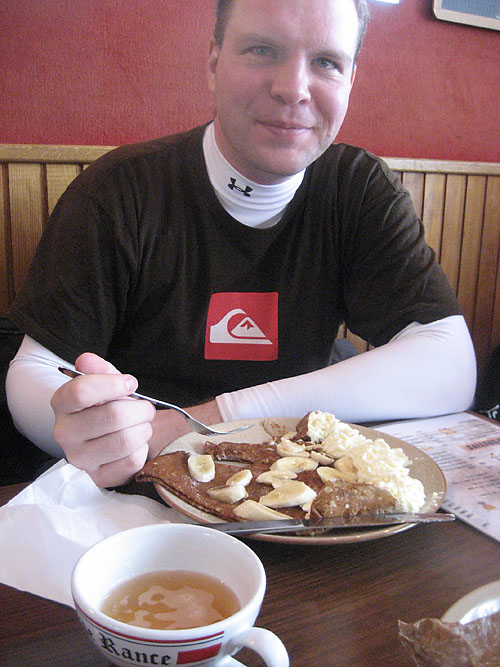 This has to be low-fat, right? 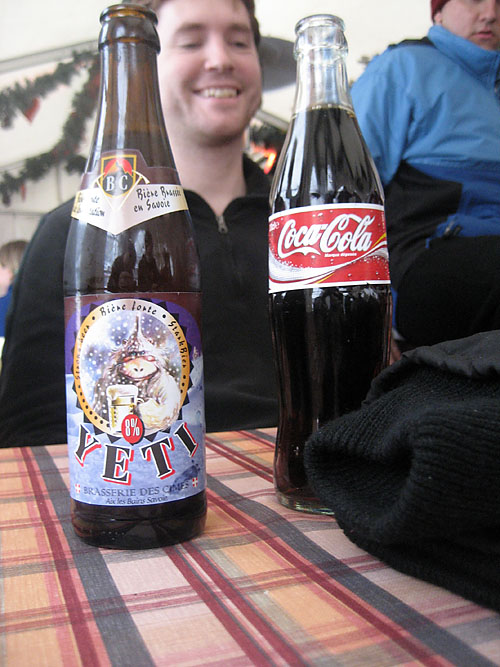 Matt Place puts some hair on his chest with Yeti beer.