By Craig Gibson and Adam Styborski

Pro Tour Dragon's Maze wasn't the first Pro Tour in San Diego, and it probably wasn't the last. But like each one before it, what is Pro Tour looked like was unique. Thanks to the sharp eyes and quick lens of Craig Gibson, you too can see it. 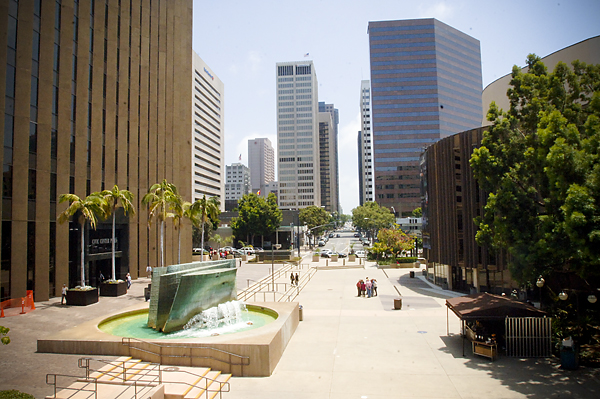 There's a reason we kept using "sunny San Diego" in our descriptions. 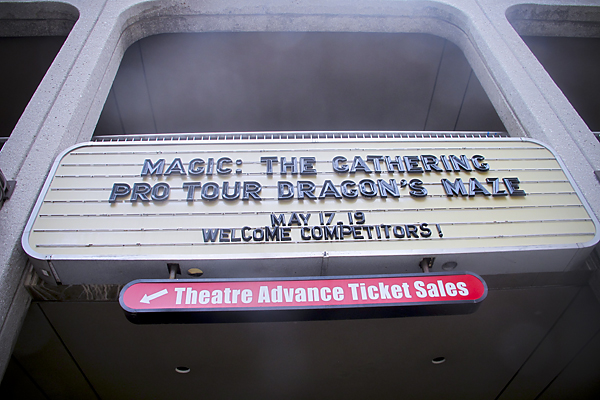 We were the headline show at the downtown San Diego Concourse. It certainly drew its own crowd. 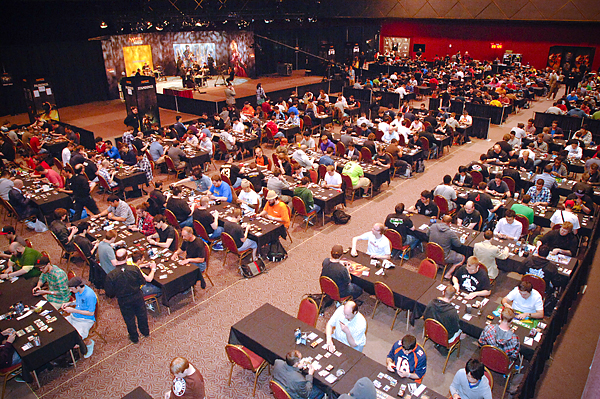 The stage was huge. This shows you just how large the hall itself was as well. 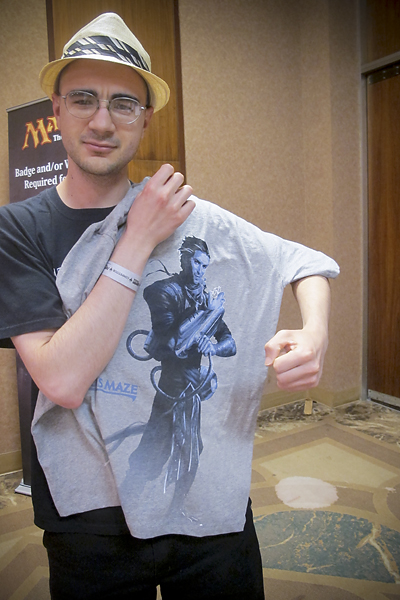 Every city has its sense of style, but the Pro Tour always brings its own. 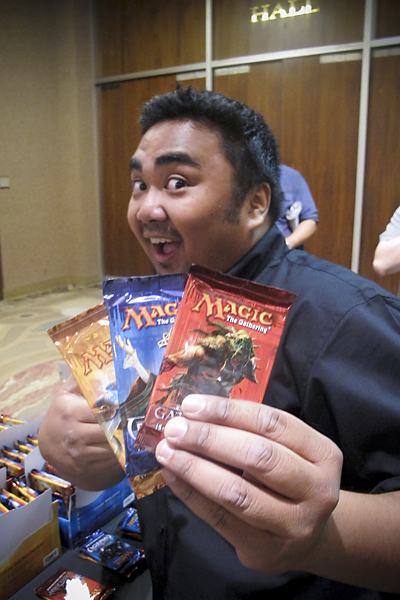 The excitement for the full suite of Return to Ravnica Block boosters hasn't worn off. 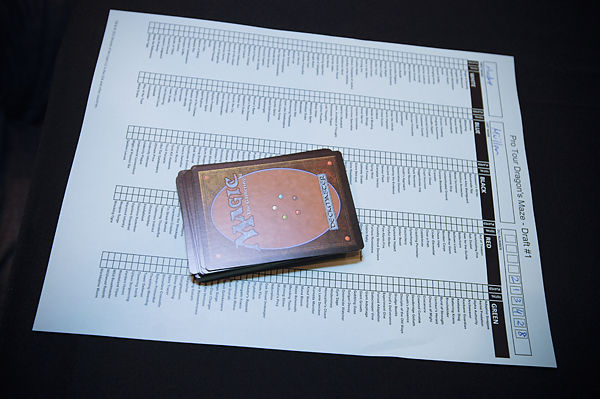 It's a deceptive Draft stack that held a pro's decisions and Day One destiny... 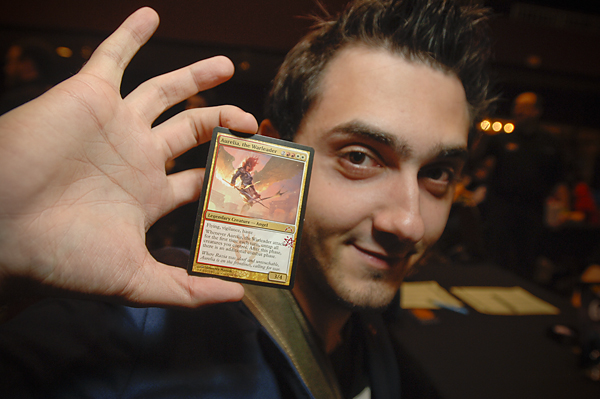 ...though others simply held destiny in their own hands. 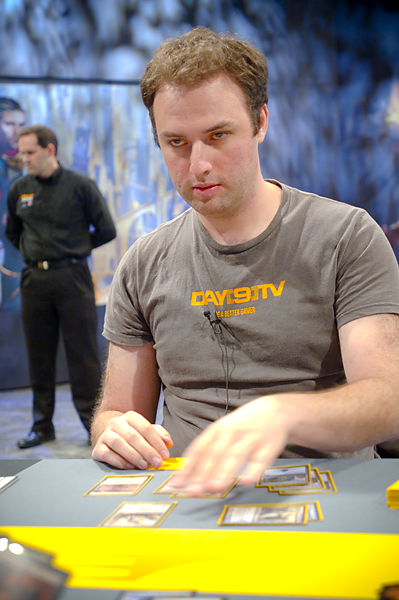 Day[9] dealt damage during Day One. 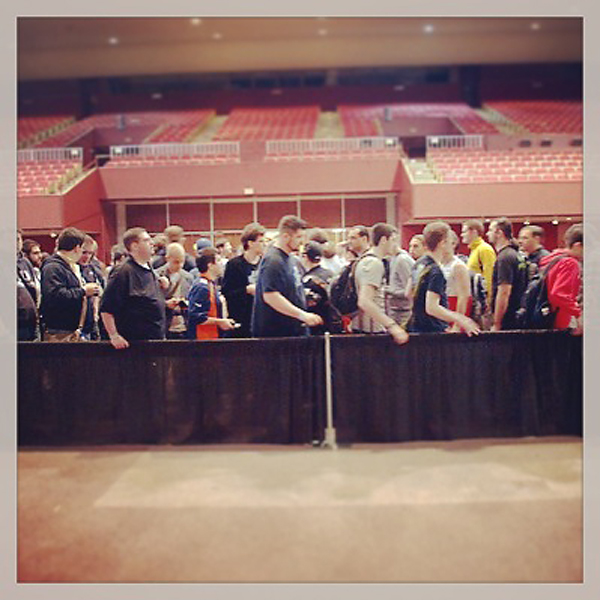 Pairings worked the same way at Pro Tours as they do at Friday Night Magic... 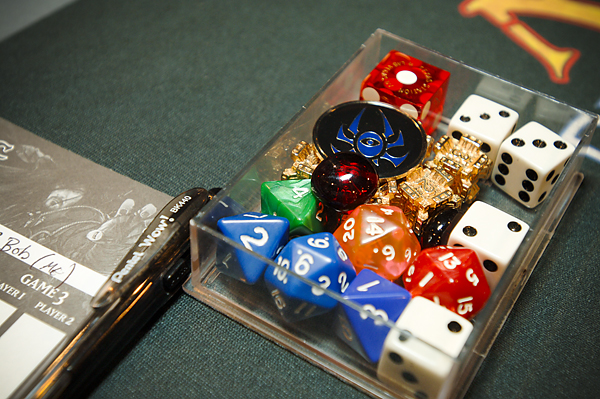 ...and players brought the same things too. 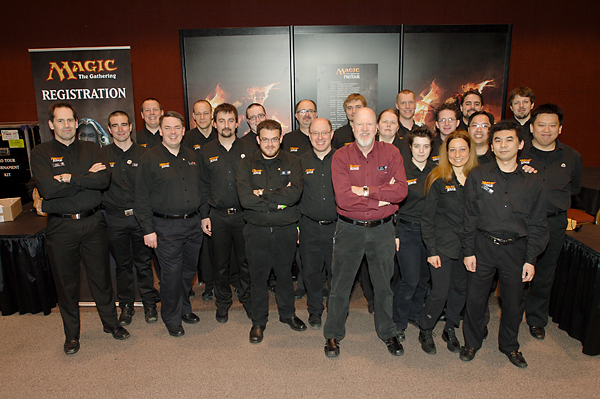 It took quite a team of judges to keep pairings, and everything else, correct throughout the weekend... 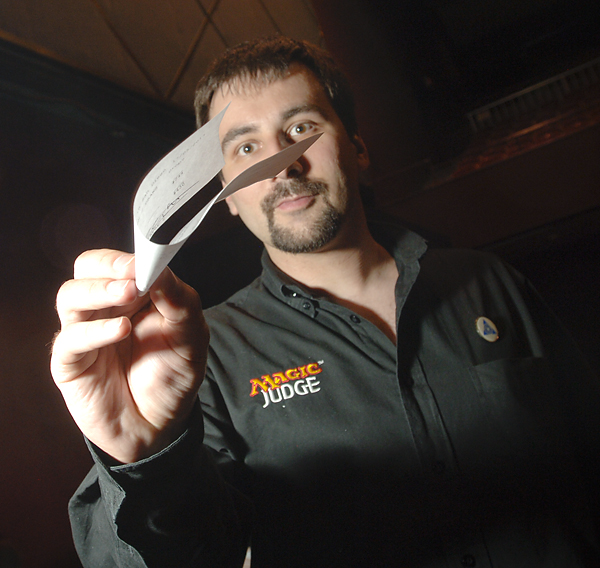 ...but contrary to popular belief and this photo, results do not appear out of thin air. 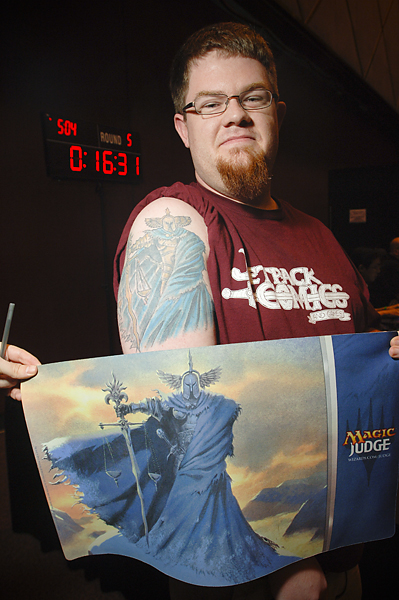 Not all judges were judging. Rob Castellon went on a 10 match win streak to start the weekend... 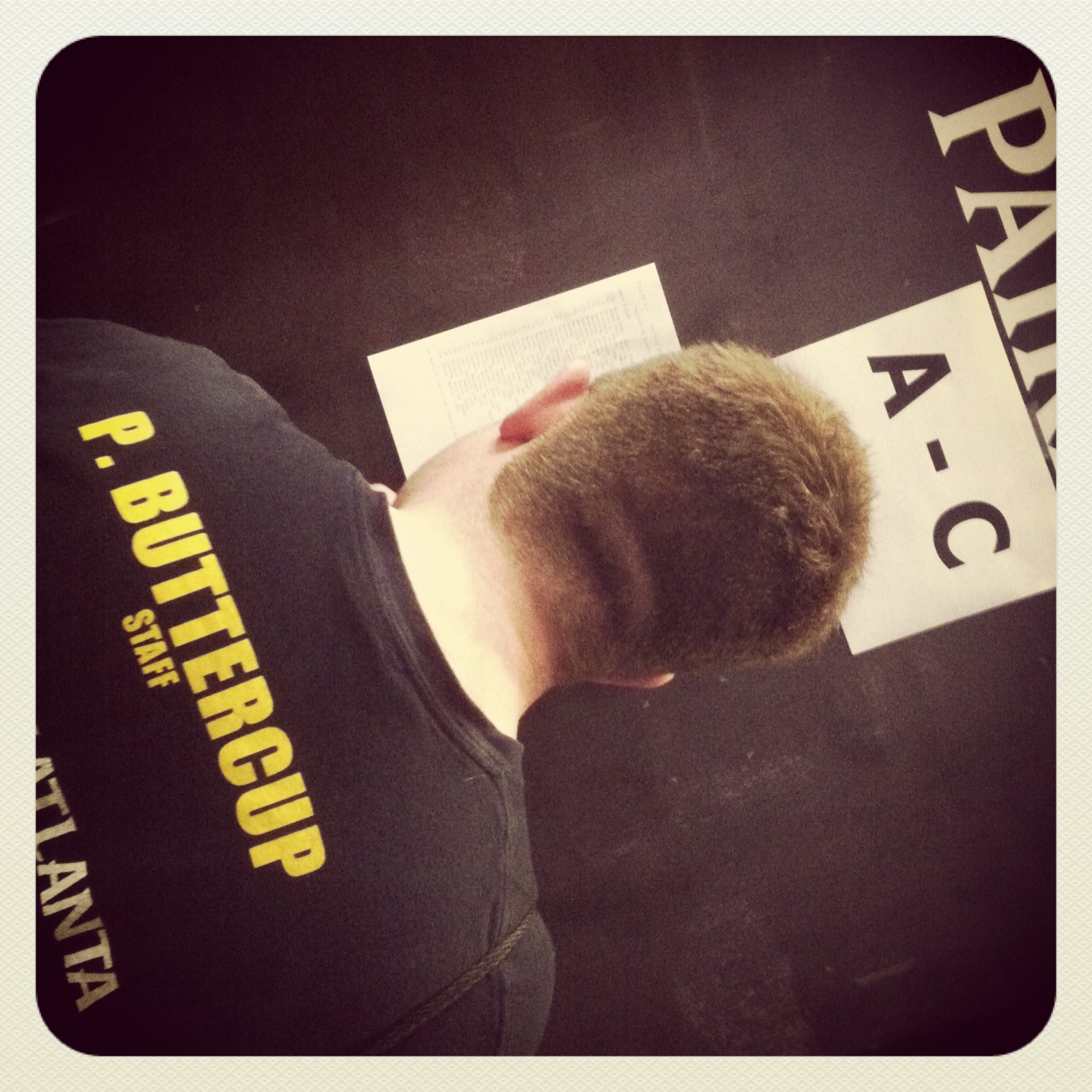 ...though the source of Castellon's nickname was inconceivable. 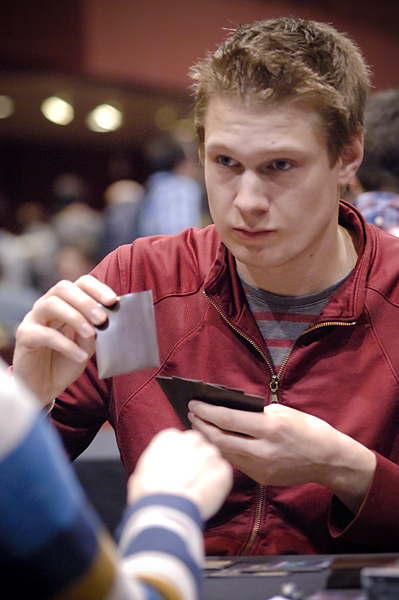 Popular players like Paul Reitzl are par for the course at Pro Tours... 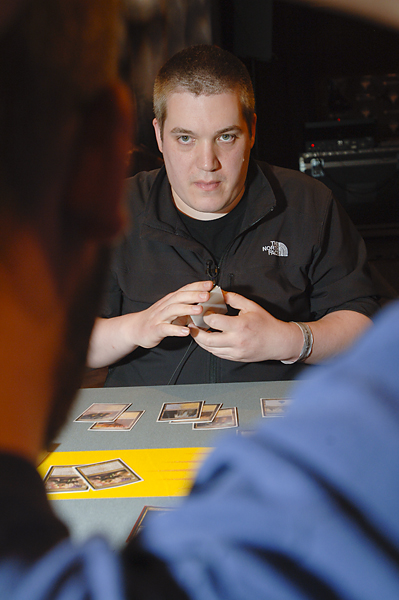 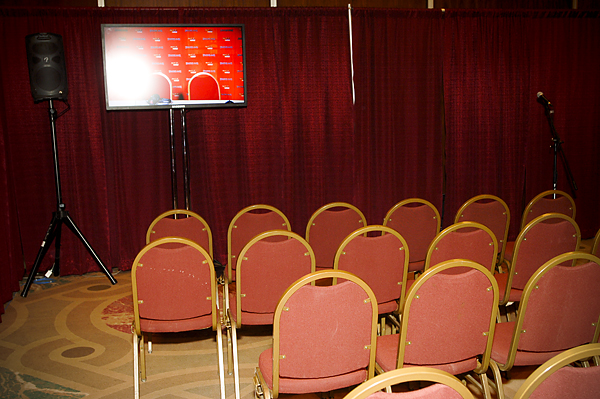 Nearby, the finals of Pro Tour Chairs was sitting at a full stop. 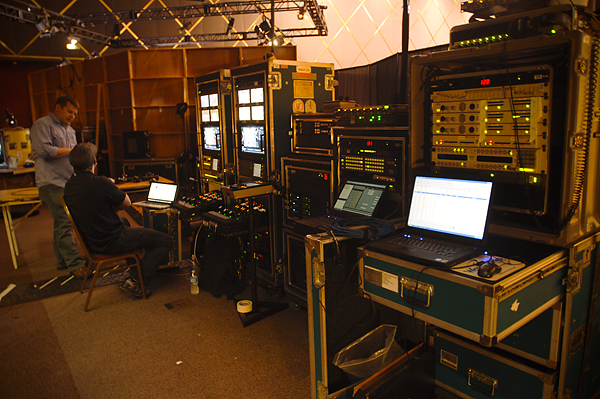 The tools for broadcasting Pro Tours looked like the machinations of a mad scientist... 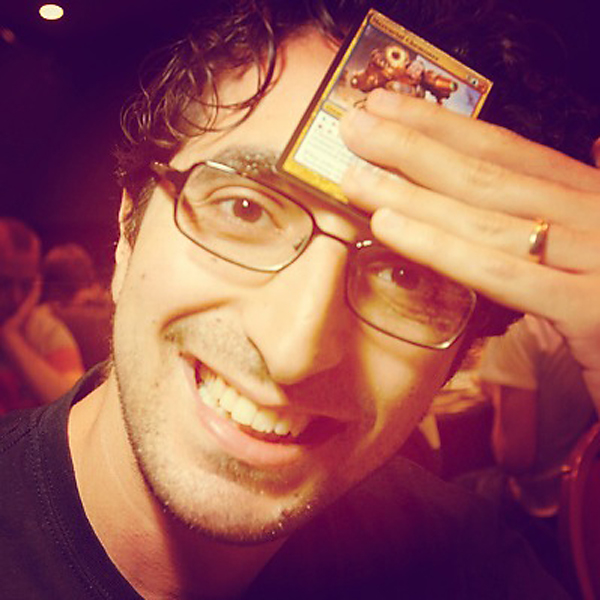 ...which made perfect sense given such scientists weren't hard to find.

As Day Two drew towards its close, all eyes were waiting for Sunday's names to reveal themselves. Today was just a challenge; Tomorrow will ask players for greatness.