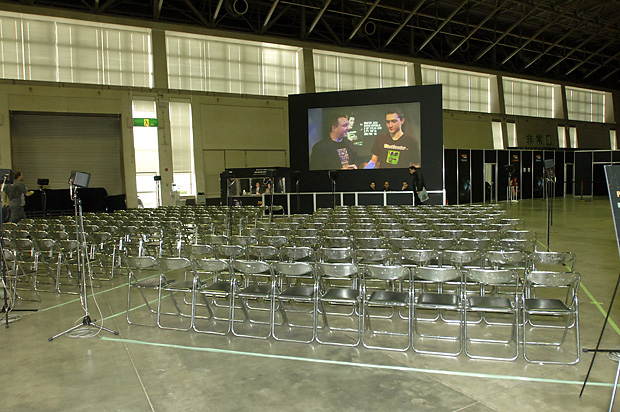 The calm before the inevitable storm. 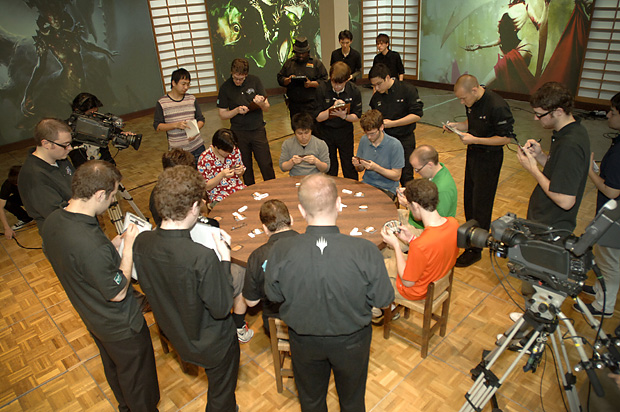 The Top 8'ers get down to business: trying to win a Pro Tour while thousands around the globe watch their every move. No pressure! 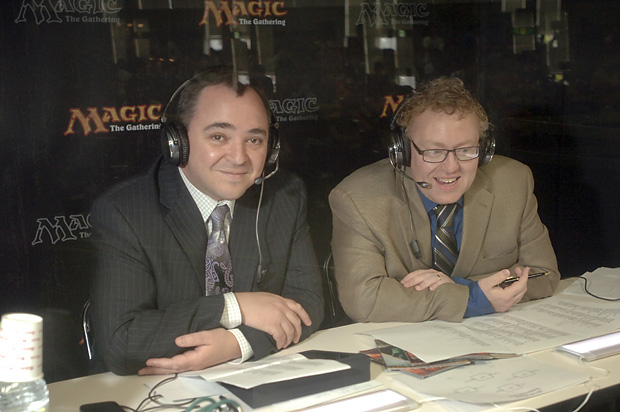 Commentators Brian David-Marshall and Rich Hagon call the action from within the safety of their booth. But they're not the only ones... 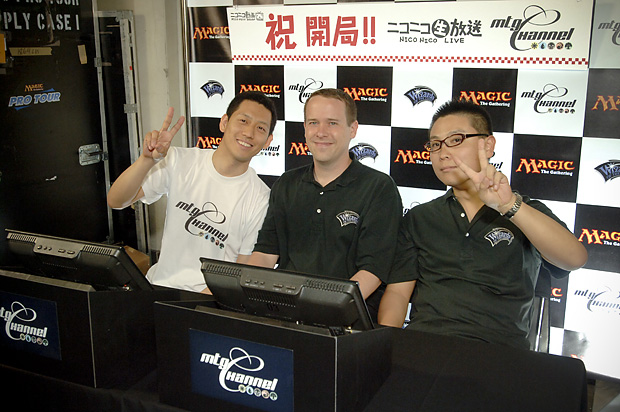 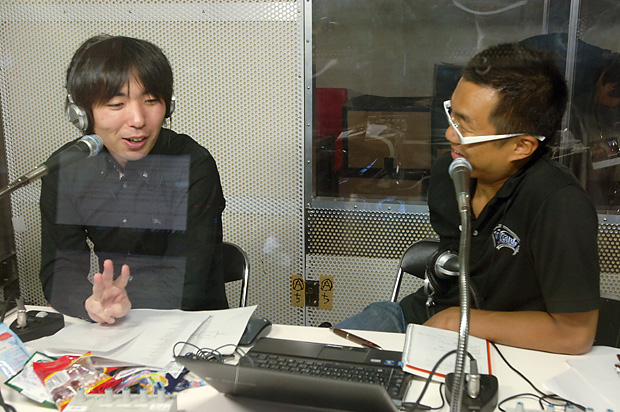 Former Player of the Year Shuhei Nakamura and veteran commentator Koichiro Maki dissect the quarterfinals for the Japanese viewers. 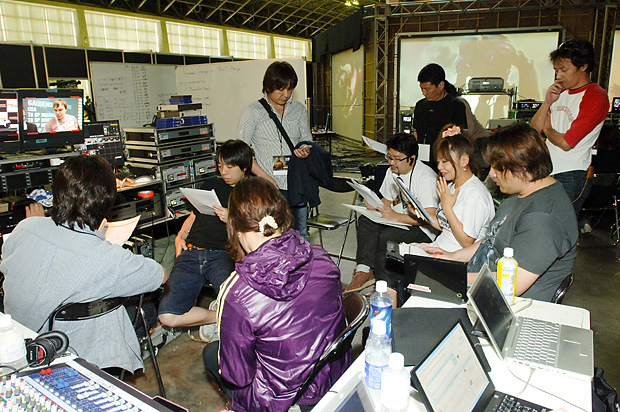 Planning out a full day's coverage. 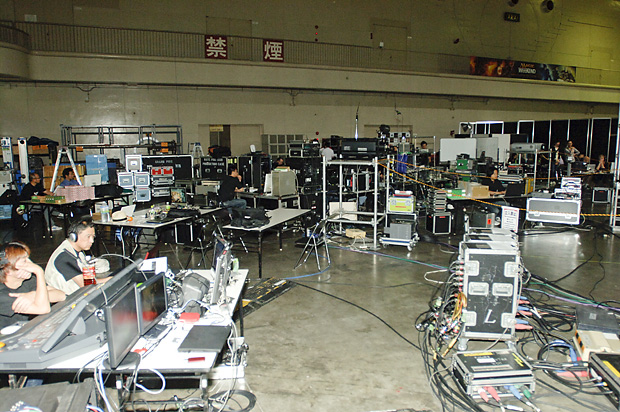 Here it is, the heart of the operation. Not pictured: The Big Board. You're not allowed to see that.

Well, when you put it like that, I guess it ISN'T so straightforward. 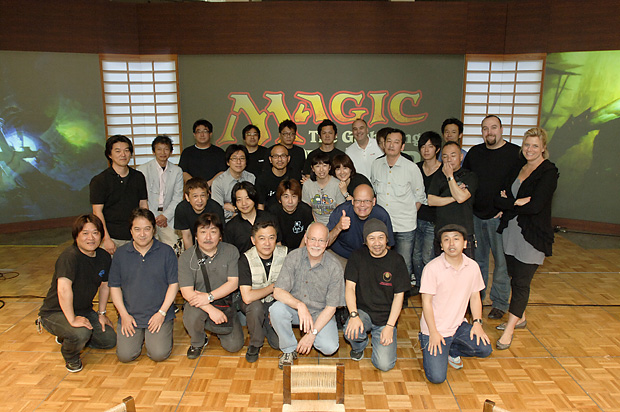 The crew that makes the whole spectacle possible! 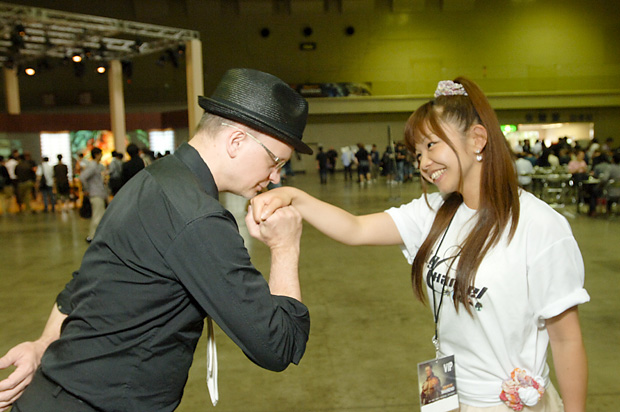 The bubbly host of MTGChannel falls for the charms of a dapper stranger. 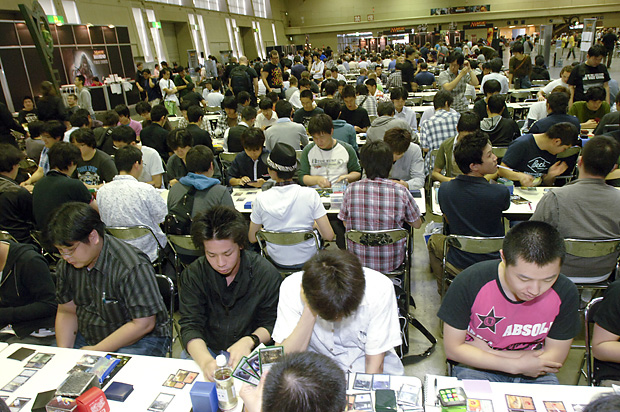 Public Events are going strong. PTQs, GP Trials, and special qualifying tournaments for one of Japan's biggest tournaments: 'The Finals' 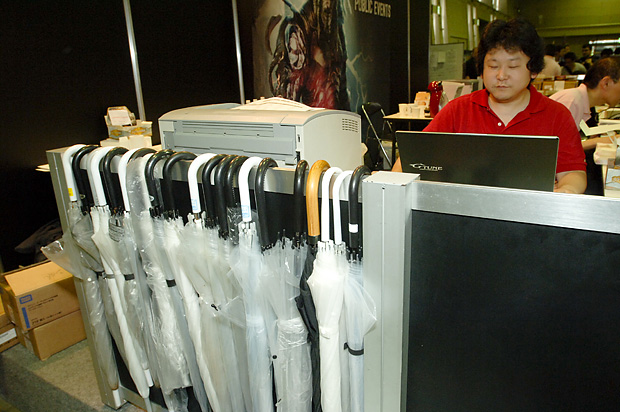 It's not just Magic. It's Big Magic. 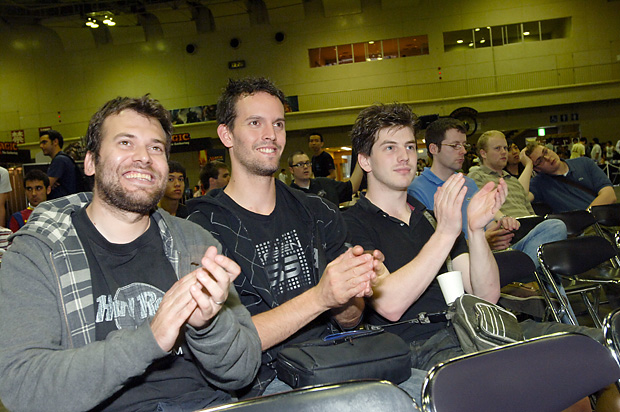 The local audience in rapt attention. Top 8 competitor Elie Pichon, after losing the semifinals, joins in the fun. 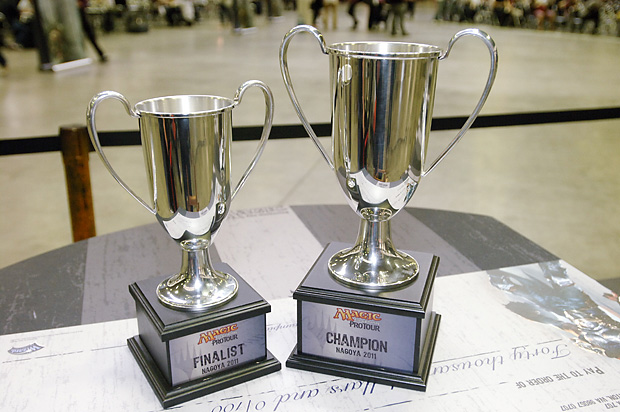 The glittering prizes. Not pictured: The pride of being a Pro Tour Champion. 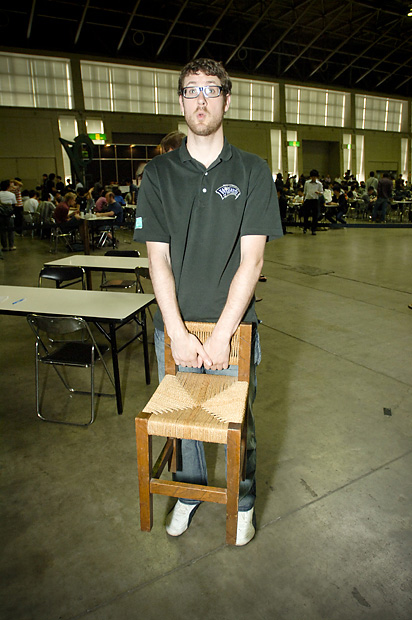 Gargantuan coverage reporter Nate Price, caught stealing a child's chair. He laughed as he was doing it, because he is evil. 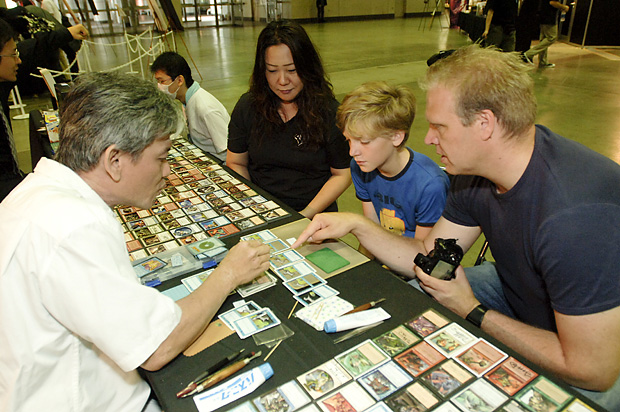 The Great Ookubo instructs a young disciple in the art of 3D cardcraft. His instructions are first translated from Japanese to English by an interpreter, and then from English to Dutch by the boy's father. 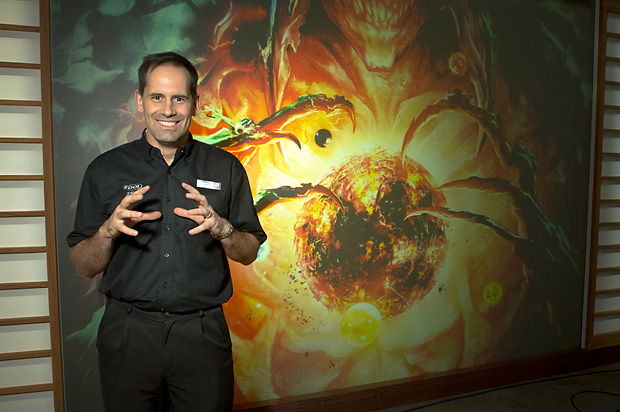 New Phyrexia is bringing out everyone's creepy side.

I have no idea what Brad Nelson is planning, but it will not end well.