By Craig Gibson and Kelly Digges

A panoramic view of the Kuala Lumpur Convention Center, with the Petronas Towers in the background. 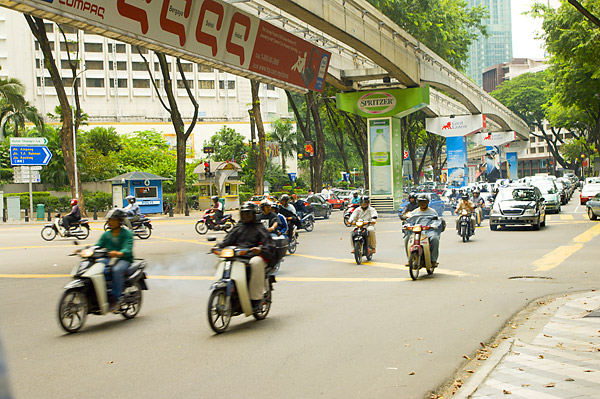 The street outside the convention center. Note the futuristic monorail tracks. 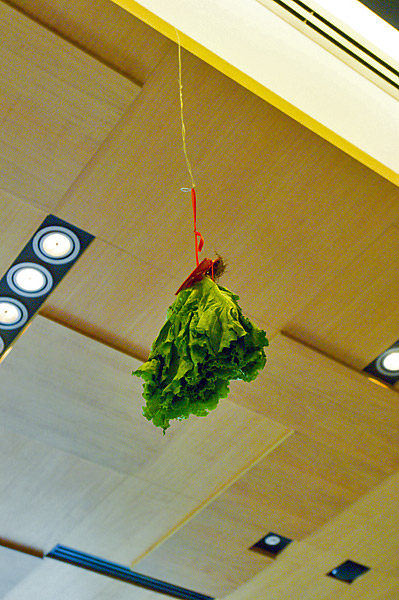 Yes, that's a vegetable hanging from the ceiling. This is a custom, related to the Chinese New Year, in which vegetables are hung up and picked to represent prosperity in the coming year. 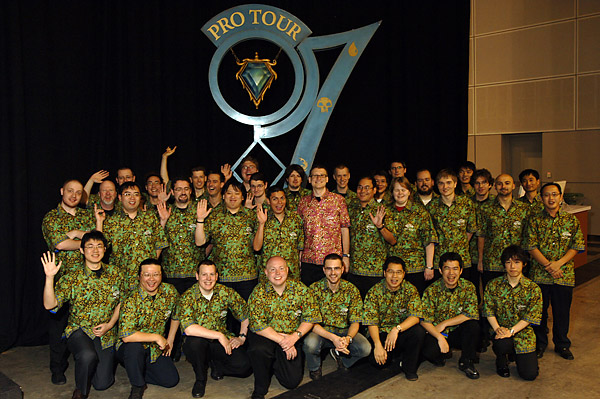 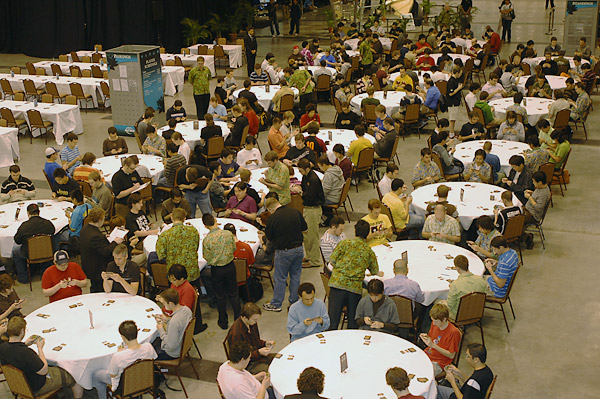 The Pro Tour competitors get their draft on. 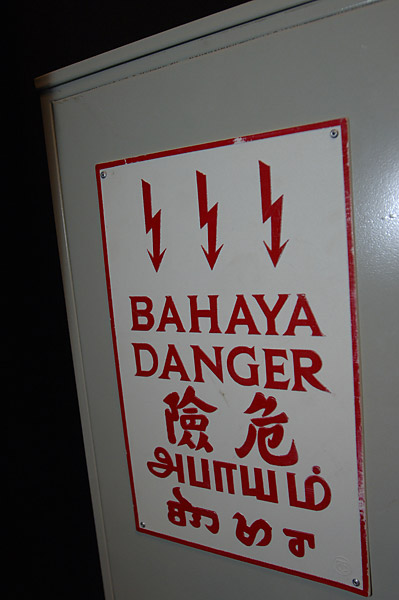 This sign is posted near our coverage area. We've decided against touching that thing. 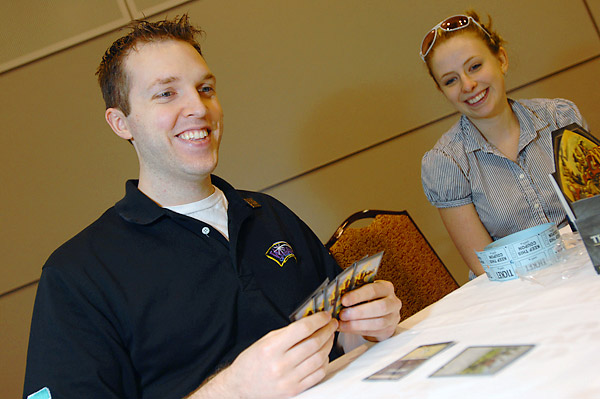 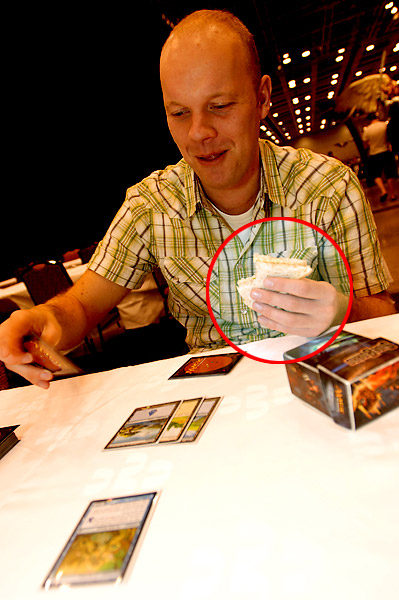 Magic in one hand, sandwich in the other. Now that is the way to do it. 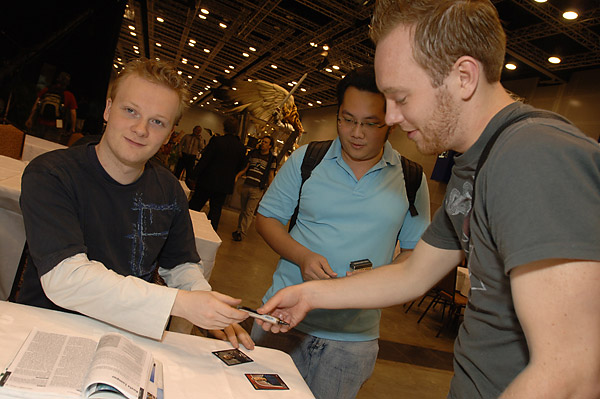 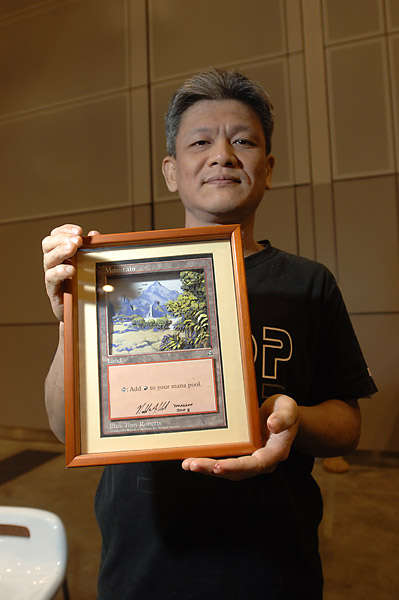 Master 3-D card artist Seshirou Ookubo poses with one of his bigger works. 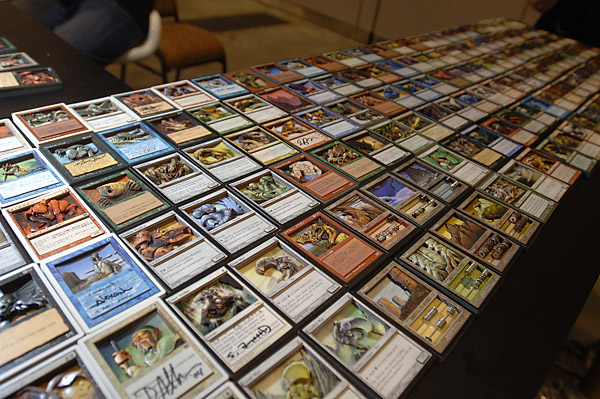 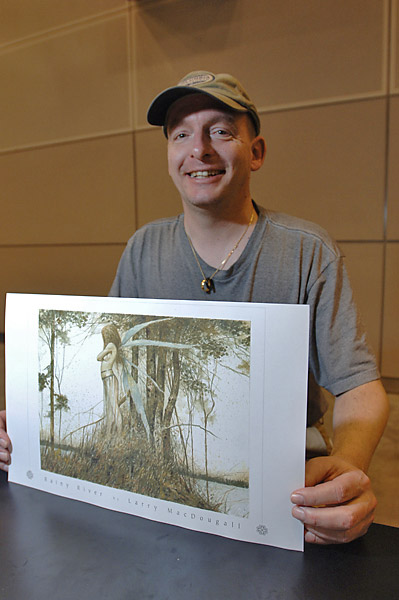