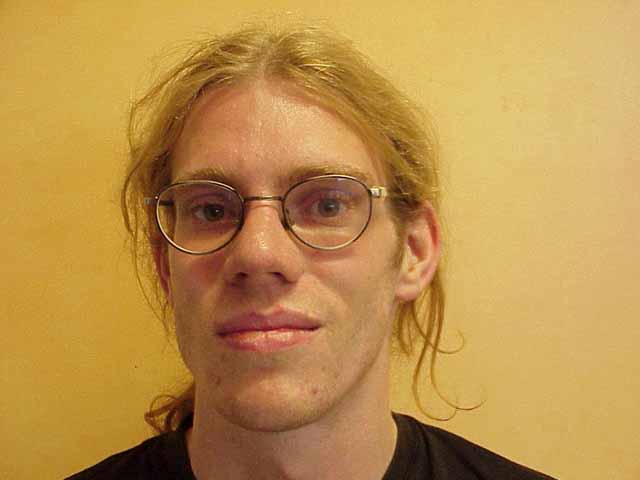 "I learned Magic at my school, the Barlaeus Gymnasium, in Amsterdam. Other students there included Noah Boeken, Alexander Witt, and Wessel Oomens, who made top 8 at the first GP Amsterdam. These guys taught me the game, and soon I was a fanatic.

"When I first started, I loved to play 'trick' decks. In my first tournament, I used a red/white deck based on the en-Kor creatures, Mogg Maniac, and Earthquake. I played with Furnace of Rath so that I could do infinite damage. I also tried to make a Dream Halls deck and another deck based on Reins of Power and Goblin Bombardment."

"I played against Alexander Witt and Noah Boeken in the beginning, and they taught me a lot of what I now know. In particular, they helped me learn when to play aggressively and when to sit back and wait for the right moment to use your cards."

"I definitely feel at home when I'm playing in constructed-deck events, and Extended tournaments in particular. I really like Extended, because there are lots of cards to pick and choose from, and plenty of different decks to try out. I always think it's interesting when the metagame is a bit unpredictable and you get matched up against all sorts of decks that you've never seen before."

"I'm a big fan of mono-blue decks. Not beatdown decks (like Fish), or combo decks (like High Tide), but slow controllish permission decks. I guess that's because I'm a control player in general. When I'm not playing blue, I'll still want to play a deck with a control element, like Trinity or Angry Hermit."

"Alexander Witt. He was the Dutch champion a year ago, and he's a really nice guy. Somehow, I always seem to beat him at tournaments."

"It's difficult to say. Based on what I've heard from others, it sounds like Jon Finkel is really, really good. I guess I'll find out for myself when I see him at Worlds this year."

"Thawing Glaciers. How can you beat card advantage that can't be countered? And it fits well into all those slow blue decks I'm so fond of."

"Echo creatures are fast, but I'm not a fast player. And if you cycle something, it does nothing. Buyback-now there's a mechanic that gives you card advantage! Yes, I think buyback is definitely the mechanic for me."

I was really happy when my friend Alexander Witt won Dutch Nationals with his white weenie deck. The event was 14 grueling rounds of Swiss with no top eight. Before the tournament was over, we did some math with the standings and found out that he was guaranteed to win. That was really exciting.

"You might think that it was the moment that I found out that I was in the top 8 at the European Championship. Well, it wasn't. It was when I won my first five matches in the draft on the first day. You see, I'm a horrible drafter and that just isn't supposed to happen. I'm still a bit puzzled as to how I did so well.

"If I had seen more of Paris during Euros, I'd probably say Paris. But unfortunately I made top 8 and had to play Magic all weekend."

"I really liked a blue control deck with a splash of black that I built for some Rath Cycle block qualifier tournaments. The deck won using Bottle Gnomes, Corpse Dance, Mindless Automaton, and a lot of counter-magic. I consider it an important accomplishment because at the time I wasn't a good player and it was the first time that I had made a somewhat good deck."

"I play in a booster draft every Tuesday evening in Amsterdam, and I usually play in some sort of tournament on the weekends."

"I mainly playtest with Alexander Witt. Before a major tournament, I will also play with some of the other good players in Amsterdam, such as Noah Boeken and Sven Dijt.

"The Sixth Edition rules. In the beginning, people thought that they were bad, because they didn't like the change. But in the end, everything became much simpler and clearer."

"I've made some really stupid mistakes. For example, at a Pro Tour qualifier, I played a Masticore, my opponent cast Rewind to counter it. I had a Rewind of my own in my hand, so I played it. But instead of saying, 'Rewind the Rewind,' I said, 'Rewind the Masticore.' So I countered my own spell."

"Music, console games, and computer games such as Riven."