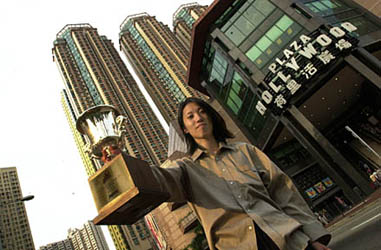 "I began playing Magic about two years ago. My friends at school taught me how to play; I learned fast."

"One of the first games I played was with a land destruction deck. I was a new player, and I didn't really know the rules. My opponent's islands looked blue, so I tried to destroy them with Pyroblast."

"I've been influenced most by my friend Chikara Hayashi, who builds my decks for me."

"Extended is my favorite format, mostly because it allows me to play with Tempest. I think Tempest is one of the most powerful expansions ever printed, and I also really enjoy its look and feel."

"I won last year's APAC championship playing Living Death. Just like this year, the metagame consisted of lots of weenie decks, and I feel that Living Death did a great job of handling them."

"I enjoy playing with Chikara Hayashi. I've learned a lot from him." 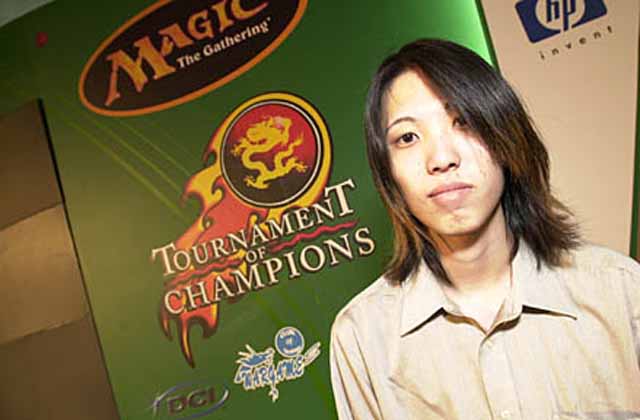 "Jon Finkel is the best player. Isn't it obvious?"

"Counterspell and Impulse. Counterspell should be obvious-it can stop any spell! Impulse can help you if you're mana-hosed and it will help you set up the hand you want."

"Well, I'm a big Tempest fan, so I guess my favorite mechanic is buyback."

"I was impressed with Jakub Slemr's performance in the 1999 World Championships. He was a previous world champion and he managed to make another Top 8 the next year. Repeat finishes like that are proof that Magic is a game of skill, not luck."

"Becoming the first two-time continental championship winner. It's a bit of history for ya."

"I like Singapore. The food was good-nothing in particular, I'm from Asia, I like Asian food, better than American food."

"I don't really make any decks myself."

"Winning this years APAC championships was a vindication of lots of playtesting and practice. Last year's win wasn't too shabby either."

"I play Magic five or six days a week, three or four hours at a time. Whenever there's going to be an event that features draft, we increase the amount of drafts we do. Otherwise, we play Standard.

"I playtest regularly with a group of ten friends, including Hayashi. We call ourselves Team John."

"I'm really excited that there's going to be a Standard Pro Tour. I think that Standard is the most accessible format to people across the world, so it makes sense that it should have a big impact on the tournament scene." 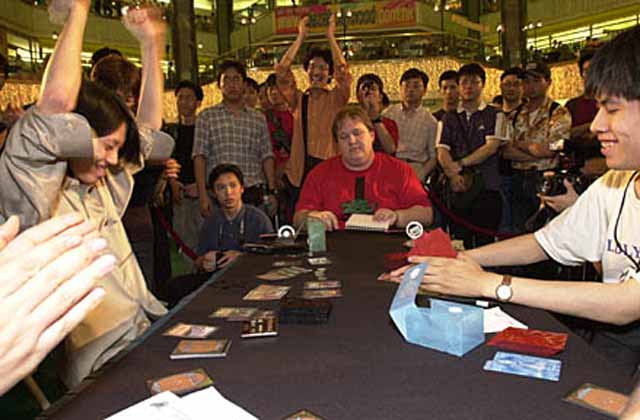 "I am famous for being late to tournaments and I've been late to several PTQ's. I'm not a morning person, so I have trouble getting up. Luckily, I've never been late to a major tournament. That's because all my friends come to wake me up.

I also have a reputation for playing as quickly as possible, so as not to waste time. I don't want my match to time out-I want to win or lose, not draw."

"I play the guitar, and I often play Mah Jongg. When I was in junior high and high school, I played some baseball, but not any more."