Player of the Year Results

In addition to crowning the World Champion and the World Team Champions, World Championships closes out the Pro Tour season. That means that the races for Player of the Year and Rookie of the Year are finally decided, and the winners can look forward to a year of recognition and travel awards. 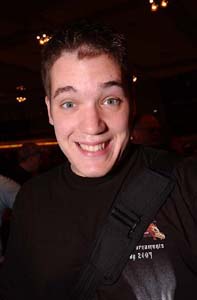 Kai Budde, 2003 Player of the YearBefore we get to the actual unveiling, let's take a look back at how the season has shaped up.

First there was Pro Tour – Boston, and it seemed a foregone conclusion that Phoenix Foundation (Budde, Baberowski, Blume) would continue their dominance of the Team Limited format. During the swiss it looked like Courtney's Boys (Wise, Maher, Reeves) would give them a run for their money, but they were bested by the unlikely trio of Canadians called 2020 (Pollock, Rood, Wolfman), who went on to have the honor of losing to Kai's squad.

That meant the Germans were setting the pace for the coming events. Then came Houston. Kai Budde failed to make Day 2, and felt the sting of sitting out of Saturday competition. Meanwhile Bob Maher, Rod Dougherty, and eventual champion Justin Gary moved up in the standings. Budde didn't rest on his laurels long, winning Pro Tour Chicago and forcing groans from the rest of the pro community. For two years running he'd been Player of the Year, and it looked like he would do it again. Baberowski and Maher followed him twenty points back, hoping for another stumble.

At Venice, Osyp Lebedowicz threw his hat in the ring, adding a Pro Tour victory to his already-solid season to join Maher, Gary and Baberowski in the hunt for Kai. Nicolai Herzog and William Jensen were moving up in the world, too. Still, they couldn't put up another mammoth performance, and at Yokohama Champion Mattias Jorstedt leapt into second place, twelve points behind Budde. That brought us to this weekend. 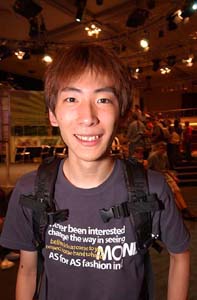 Masashi Ooiso, 2003 Rookie of the YearWell, it was all settled during the swiss rounds. Budde, making a run at Top 8, saw his nearest competitors for Player of the Year fall by the wayside, ensuring that he would three-peat the coveted title. Yes, another year of free flights and hotels at Pro Tours for everyone's favorite unstoppable German. Granted, this year's race was a lot closer than previous years. Perhaps Budde's getting complacent in his success.

At the same time as the big guns were duking it out for Player of the Year, some of the game's fledgling stars were trying to win a free trip to a Pro Tour of their choice by becoming Rookie of the Year.

Craig Krempels was out in front early, thanks to a strong performance at Pro Tour – Boston and then a Grand Prix Top 8 at Philadelphia. However, soon he had Japan's Masashi Ooiso on his heels. At Chicago they were joined by Jun Ishihara. Krempels skipped Venice, allowing Ooiso to take the lead, and dark horse Valentin Moskovich joined the fray, as did Akihiro Kashima on the strength of his quarterfinals appearance.

For all that fighting, the race was quickly narrowed to two. At Yokohama both Ooiso and Krempels hit a hot streak, and were both in Top 8 contention. Unfortunately, Krempels drew himself into ninth place, while Ooiso made it to the finals. That gave him a near-insurmountable lead heading into Worlds. When Krempels failed to make Top 8, Ooiso's Rookie of the Year title was assured.