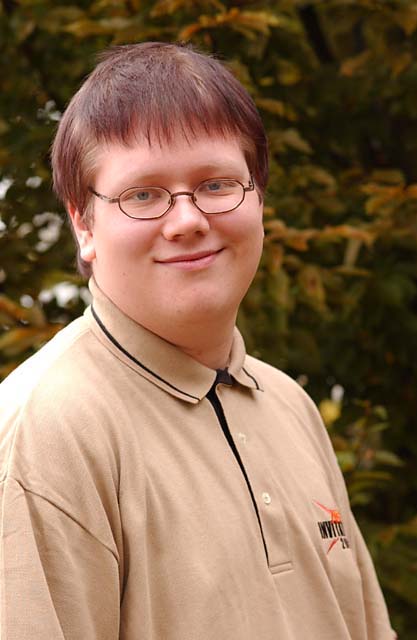 When professional Magic players talk about playing on Day 3 of a Pro Tour they are talking about playing for a significant amount of money. Today there are two players who are playing for to see if they will continue to play Magic at all.

David Price and Tomi Walamies were both competitors at the recent Magic Invitational but neither one did well enough this weekend to earn an invite to Pro Tour Chicago. Both players are playing in the PTQ in order to stave off the end of their professional careers.

David Price used to be known as the King of Qualifiers for his ability to remain on the Pro Tour through the PTQ circuit for long stretches of time. Then came Pro Tour Los Angeles when Dave shocked the world and he has been signing Jackal Pups ever since. The King of Beatdown—as he later became known—had not had a strong finish for quite some time and was facing the end of his career when he played in Osaka last year and needed a Top 32 to Q for Nice. He got it but subsequent poor showing left him not Q'd for this event until his immense popularity earned him a spot at the Invitational and the fabled Pikula invite. On a side note, Pikula did not take advantage of his eponymous invite and his absence has caused many to wonder if his career has come to an end.

Dave fared poorly this weekend and did not make Day 2. One of Dave's most endearing qualities in his determination and he got up early Saturday and played in the 200+ person qualifier. His deck had some powerful cards in three colors and his mana base was the dreaded 6/6/6. He went 6-0-2 and made the top 8. The draft did not go well for him with players on either side dipping into a third color to splash removal that Dave was hoping to get. He lost in the semi-finals.

While this would have crushed most other players, Dave simply woke up early this morning and signed up for today's smaller 95-person PTQ. His deck is much better today with tons of removal and bombs like Quicksilver Dragon.

Walamies, who finished second at the invitational, has not had a good finish since he took second place with Dumbo Drop a year ago in the same format. After day 2 he found himself with not enough points to play in Chicago and also woke up early and was registering a sealed deck alongside Dave on a Sunday morning before most people have had their first cup of coffee.

Sadly, the popular Finnish player was essentially eliminated with a three and two record—although he stayed in the tournament to see how we would fare overall, "I'm looking for a Top 16 finish but that's it. I'm not Q'd for Chicago. Unless they give me a Hammer I'm more or less done."

He will still play Magic, of course but there are no qualifiers within easy traveling distance for him to attend. He is hard at work in school and does not have the time to jet around attending Grand Prix's like many other players—had he the time he surely would have the necessary Pro Points.

While he will miss Chicago, Venice is marked on his itinerary. "I'm going to be in Venice. Jens (Thoren) could not play in the team Masters Gateway without me. I may be qualified...I have a quality constructed rating." After that he will finish school and may even spend a year here in Texas finishing his education.

Dave on the other hand was 4-1-0 and if he won his sixth round would be in a position to draw into the Top 8. As they sat down, Dave's opponent—in the same position to either be eliminated or advance—seemed glum at the prospect of playing one of the most recognized and intimidating players in the game. Dave was gracious as they shuffled although he did add, "I would appreciate it if you would lose this round." 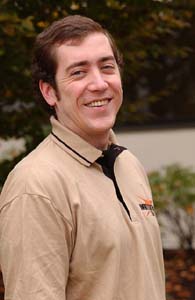 Dave won the first game rather handily despite a menagerie of beasts on his opponent's side of the table. Two Goblin Embermages, Death Pulse, Cruel Revival, Erratic Explosion, and a Shock quickly moved things along to Game 2.

A small crowd gathered around Dave for the second game to urge him on and he would need all of the help he could get as he was trying to hold off a Snapping Thragg, a 9/9 Stag Beetle, and two elves—one of which was the infuriating Wellwisher. Dave had only a mystery man, Festering Goblin and an Embermage Goblin to work with.

When the dust settled Dave still had to deal with a Treespring Lorian and those darned elves but all of his guys were dead. Fallen Cleric was not enough to stop the Lorian when his opponent coronated it with a Crown of Vigor. Dave threw some men in its path and finally Dave started to take control. He had a Nantuko Husk, mystery man, and an freshly cast Anurid Murkdiver back on the defensive—he was only at 4—and an Aven Fateshaper swinging away when his opponent attacked with a mystery man of his own. Not wanting to take any chances, Dave blocked with everyone. The morph turned out to be a 9/9 Krosan Colossus and it died but it took everything but Dave's morph with it.

Things were looking grim when a Thoughtbound Primoc hit the table but Dave flipped over his morph and it was the beast hating Riptide Biologist—a wizard—and he took the 2/3 flier during his opponent's upkeep. The match followed shortly thereafter. One draw later Dave was heading for his second Top 8 draft in less than 24 hours.

Of all the 'celebrities' that Magic has produced none have bridged the grinding blue-collar world of the PTQ player and the brightly lit stage of the Pro Tour like Dave. If the Top 8 doesn't go his way, Dave will not be the only one that loses. We all will.