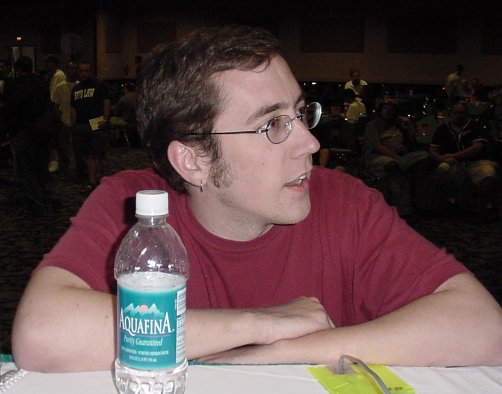 Dave Price was stunned when the Top 8 was read out. He had been in 8th place before the last round and then he won his match. However, his previous opponents really let him down. Several of them took intentional draws and most of the rest lost. So Prices tiebreakers plummeted and he wound up 9th!

"That's the most ridiculous thing I've ever heard," said the normally sedate Price upon first learning what happened to him. "I won and I dropped a spot? What the f&^%?!" Price was actually remarkably calm, considering the mathematical fluke that had just happened to him. He seemed more shocked that upset, and eventually accepted his fate with a (confused) smile.

The good news is that he's now Qed for New Orleans.