Welcome to Pro Tour–Berlin! The crack reporting squad of Bill Stark, Rich Hagon, Tim Willoughby, Dave Guskin, Monty Ashley, and Craig Gibson are combing the halls of The Station for all the inside information. 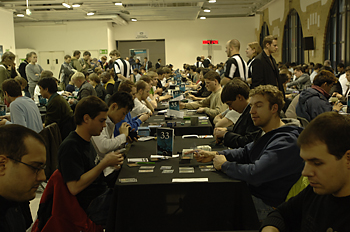 While many of you will be busily data-mining deck lists aplenty, at the halfway point it's useful to note that in our global laboratory, it's 454 players who have made those results. Special kudos to Yoni Skolnik and Tim Olliges of the United States, who doggedly played their way to a 1-7 record as dozens dropped from the tournament in the later rounds of Day One. In total, 301 players completed the eight round assault course, with exactly 160 making it back for Saturday play. Gaudenis Vidugiris of the US was the first player to miss out, discovering as many have before him that a draw on Day One can be very bad news.

So what of the 160 we will see in action today? Here's some of the players to keep an eye on as the second day progresses. 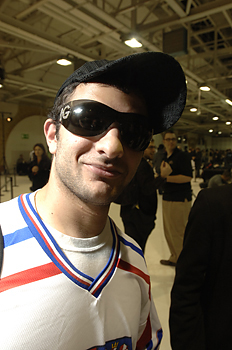 Once we get past there, it's into the Top 16. Kim Valori of Finland and Daniel Rodi of Germany ended with a draw on 19 points. Twelve players have 21 points. These include eight Europeans, two Japanese, plus lone representatives of the United States and Panama. Yet again the Czech Republic is showing its prowess on the European scene, with three players—Daniel Krutil, Jan Brodzak, and Martin Juza. None of these are mugs, as their records show, but you can take it to the bank that Juza is very, very good at the game. Saul Alvarado represents Panama, while flying the flag for the U.S. is Luis Scott-Vargas, no stranger to the top tables. Both Japanese players riding high are also routine high achievers, Kazuya Mitamura and Tomaharu Saito. But pacing the field are the last two undefeated players, destined to face off first thing today: Kenny Oberg of Sweden and Gadiel Szleifer of the U.S. As the day begins, all 160 left standing can dream of a place at the final table on Sunday. But at the highest level, just one mistake can end the ride. Racers, start your engines. 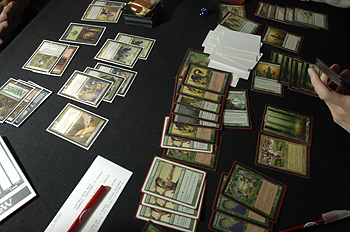 No, this isn't a deck check—that's what the deck looks like in action. Now imagine that on both sides of the table.

One of the big success stories of recent times has been the rise of Magic in Eastern Europe. Starting the day on table six, Mateusz Kopec of Poland has already won a premier Extended event this year, Grand Prix–Vienna back in March. Sitting next to him, two of the three Czech players in the top dozen were facing off, Jan Brodzak and Martin Juza. I arrived at this Elf-on-Elf battle of the 1/1s to find a mere 42 monsters in play—42, which as we know is the answer to life, the universe, and everything. Here in Berlin, that was just the start of the bonkers turn-three activity, as Juza continued to formulate his Combo in a blinding torrent of tokens, monsters, card-draw, mana production, and life gain. I confess, gentle reader, that your coverage reporter was somewhat overwhelmed, not least since the machine-gun conversation between the two was taking place, alas, in a language with which I am not familiar. As the turn progressed—and we're talking 20 minutes plus here—a growing enclave of Eastern European players congregated around the titanic tussle. Clearly this was both mind-blowing and hilarious stuff, especially if you could understand the players.

As the crowd increased, a succession of judges allowed their eyes to briefly flicker across the impossibly convoluted board, taking in the tattered confetti-like scorecards vainly keeping track of mana and life totals, and mysteriously found somewhere else they had to be, urgently. Make no mistake, if these two had ever got as far as a discrepancy over life totals, this was one turn that wasn't being rewound this side of the Second Coming. (Or Sheldon Menery, delete as applicable.) When the dust settled, the life totals stood at, wait for it, 263 for Brodzak and a pitiful 134 for Juza. Still, Juza was the aggressor, remember, and he soon found a way to, er, almost halve the opposing life total with a minorly inconvenient 142/142 Predator Dragon. With flying. And haste. One-hundred-forty-two-power Predator Dragons are generally expected to get the job done. Thankfully, this one did, but it still required two bites at the cherry. And that, Extended fans, was just Game 1... 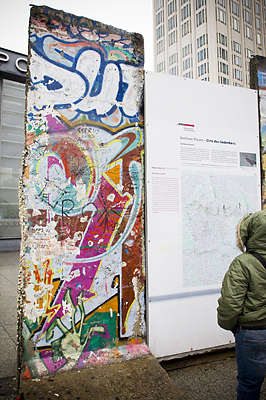 Yesterday, 454 players competed on Day One of the Pro Tour. Today, almost 300 of them have to find something else to occupy their time. Now you might suppose that after a day of having combo in your face or all your monsters sent packing repeatedly, that would be enough to make players want to take a break from the blood, sweat and tears (well, the sweat anyway) of Magic. Having just walked for what felt like half a mile through today's PTQ field, that supposition would be wrong. A mere 342 players decided that their Saturday schedule should look something like this:

With such an easy schedule, it's no surprise that people are keen to take their chances! Still, presumably there'll be nobody good in the field? Well, let's see. Here's who you could have faced round one (and trust me when I say that the talent goes a lot further than these standouts):

Hmm. That sounds like quite a good Top 8. Then you add in a ton of pros both active and former and a slew of glory-hungry gamers desperate to get on Tour, and you have the makings of a day of incredibly competitive card-turning excellence.

Then again, I hear there's a very historic wall to see somewhere around here....


There is a fifth dimension beyond that which is known to man. It is a dimension as vast as space and as timeless as infinity. It is the middle ground between light and shadow, between science and superstition, and it lies between the pit of man's fears and the summit of his knowledge. This is the dimension of imagination. It is an area which we call... the top tables.

Respectfully submitted for your perusal:

by Craig Gibson and Monty Ashley


With Kenny Öberg's Tezzerater deck tearing up the standings, we got to wondering: what would happen if Tezzeret had gotten in on the plan for everybody to wear a suit? Well, we decided it would probably look like this: 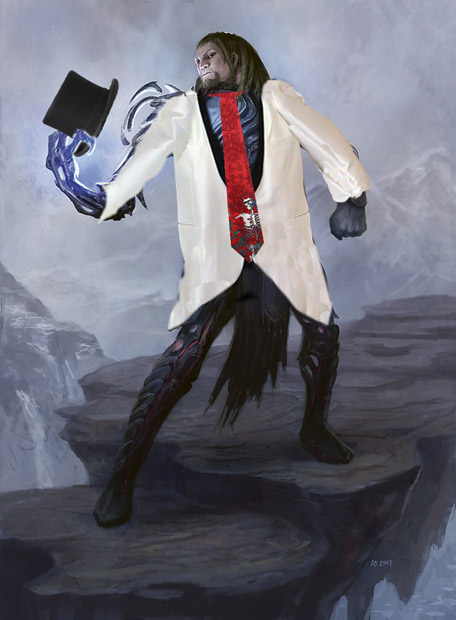 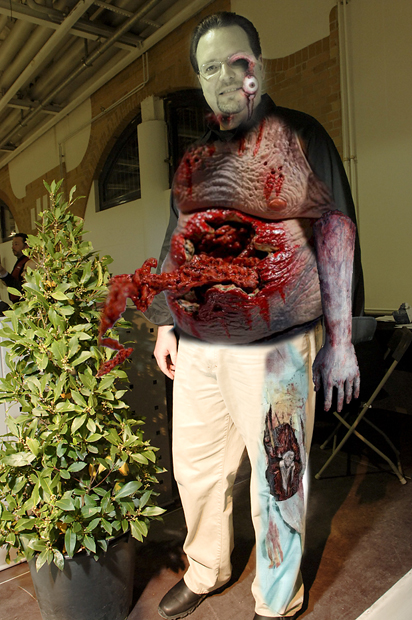 ...and some fearsome judges! 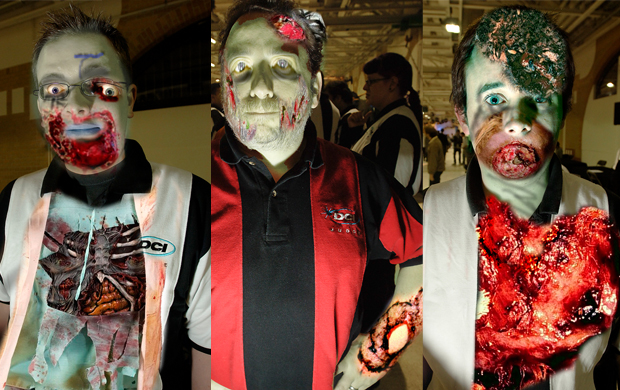 
Half of the hall was taken beginning Saturday afternoon for a tournament with even crazier combos and even faster undercosted beaters. The format? Legacy. 115 players converged for a chance to win dual lands and boosters in this exciting clash of old and busted and new hotness all at once. The top player after eight rounds got 30 dual lands, and the second place nabbed 10 for their trouble. Since there was no cut to Top 8 in this event, everyone with three or fewer losses got some number of boosters, ranging from 9 up to 48 packs for undefeated players!

Here are some stories from the early rounds of the tournament:

Check back to magicthegathering.com in the coming weeks for deck lists played this Legacy event!