Last year at Pro Tour–Honolulu, Wizards of the Coast rolled out the first ever Magic Online Live Series event. At first glance, the idea of playing Magic Online on a computer while physically only feet away from your opponent seems like the stuff of fever dreams, but it proved incredibly popular with players of all skill levels. Originally, there were only eight tables, so there was only one qualifying round consisting of four eight-player tournaments that ultimately funneled into the Top 8. The demand for slots was so high that players were waiting in line for up to twelve hours to get one. Having learned that lesson, the organizers doubled the number of terminals to sixteen for the next Live Series event. Even that proved too few for the demand. 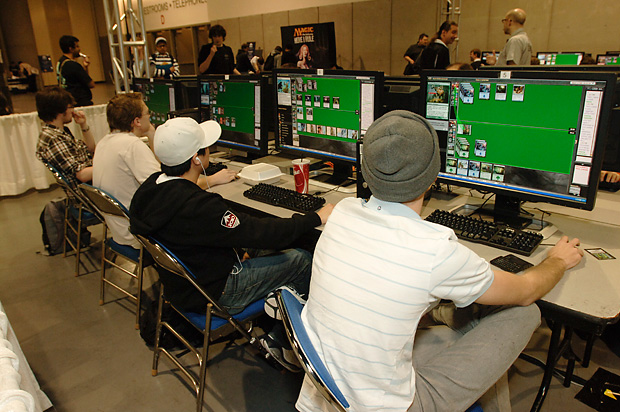 Behold the power of this fully armed and operational tournament series.

This time around, everything seems to be perfect. There are thirty-two terminals and an extra qualifying round, allowing 128 players the opportunity to battle for a $5,000 total prize pool. The best part of all of this is that anyone is able to play in the event, regardless of experience level. For California natives Andrew Simon and Alex Dunseth, and J.J. Birek from Illinois, this represents the highest-profile performance of their Magic-playing careers. Eloi Pattoro, from São Paulo, Brazil, was a member of the Brazilian National team this last year. Other National Team members include Michael Bennett and Michael Jacob, who have both represented the United States at Worlds. Chris Fennell, out of Orlando, Florida, has already done a good job here in San Diego, tempering the sting of not winning the Pro Tour by crushing the PTQ on Friday. Did I mention that he’s also won a Grand Prix? Canada’s Josh Layne might not have the same pedigree as the last few players, but his Top 32 at Grand Prix–Seattle and a Day 2 performance at Pro Tour–Berlin prove that he has some serious game. 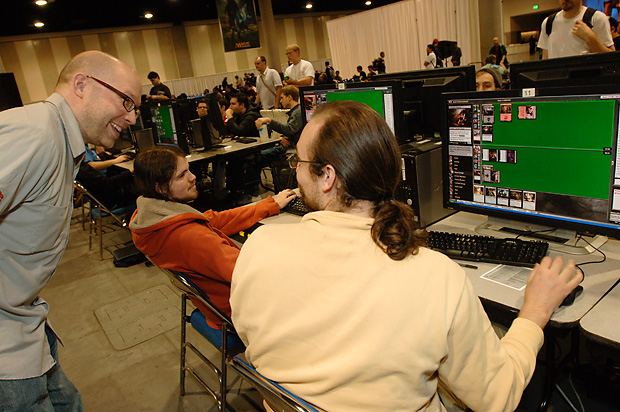 In addition to the chance to play against players from all walks of life, playing in the Series allows players some otherwise unattainable perks. For example, due to the release time of Worldwake online, the players that played in the Thursday and Friday qualifiers were the first people in the world to play with the cards on Magic Online. At PAX East in Boston later this year, the players in the Series there will be the first to play with Urza’s Saga online. So not only do they get to be the first, that also means that the format for the event itself will be Urza’s Saga draft, which, when I heard that, hit me like a nostalgic Mack truck. 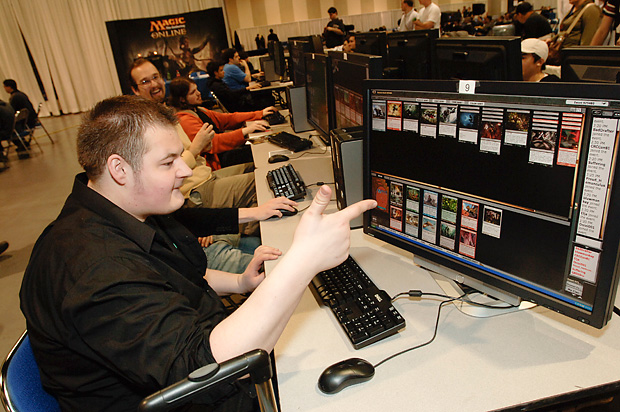 Here in San Diego, the Series ultimately coughed up a great story, featuring two players from opposite sides of the experience spectrum. On one side, you have the two-time U.S. National team member and perennially strong finisher Michael Jacob. On the other, you have Alex Dunseth from Santa Rosa, California. He hasn’t previously posted any strong finishes at the professional level, but he managed to draft circles around 126 other players through three rounds of play to land himself in the Finals.

Ultimately, Jacob’s stupidly fast white-blue deck featuring three Steppe Lynxes proved a touch too fast for his nearly mono-black monstrosity. In the first game of the Finals, Jacob got aggressive incredibly quickly before using an Æther Tradewinds to remove a blocker and return his own Teetering Peaks (played as nothing more than a pump spell in his lightning-quick deck. The next game came down to a fairly slow draw from Dunseth and a pair of kicked Kor Sanctifiers from Jacob. The final straw was a Stoneforge Mystic to fetch a Trusty Machete for the game. You can see the deck lists and bracket here.

For his second-place effort, Dunseth earned himself a cool $1,000 and a full complement of the set of his choice on Magic Online. I’d say he can definitely add this to his list of previous accomplishments and be proud of a job well done. For ultimately defeating him, Jacob picked himself up $2,000 and a foil version of the set of his choice. These are the prizes you can look forward to, among others, just for showing up to any of these events and cutting a swath through the field just like Dunseth and Jacob did. And if Dunseth’s second-place finish proves, you don’t need a list of accomplishments as long as your arm to do well at these events. All you have to do is show up, take care of business, and, most of all, have fun! 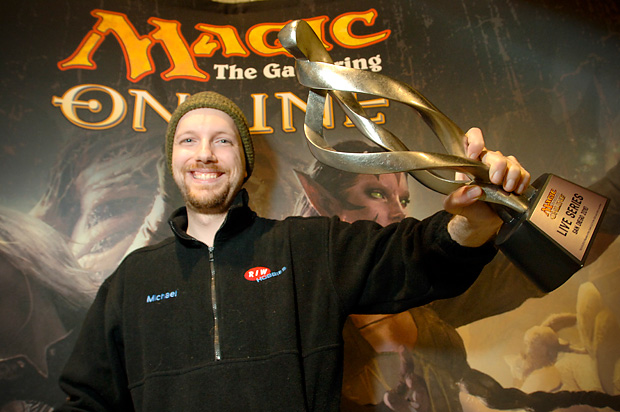