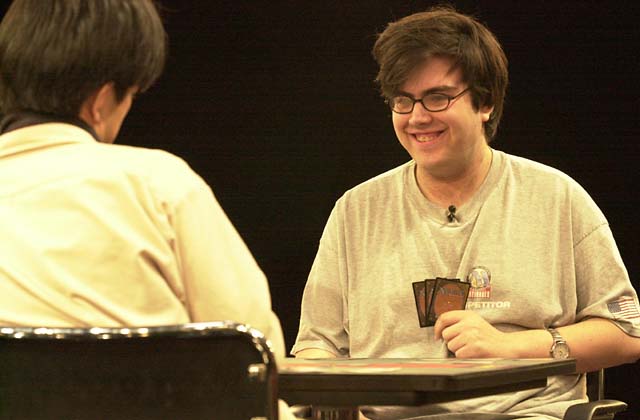 After many close calls in the Block Constructed format (with finishes equaling Kamiel Cornelissen's), Mowshowitz finally adds a Pro Tour win to his resume, taking home $30,000, too. His blue/white aggrocontrol deck, dubbed "The Solution," easily topped the diverse field of Block decks. The goal of the deck was to use Meddling Mage and countermagic to lock opponents out of key spells, while using protection from red creatures to punch through the primarily red field. It was virtually a lock that Zvi would win at some point this season, as he came in last at the Magic Invitational in Sydney. The "Invitational Curse," as it has become known, has been shared by two other Pro Tour winners (Steve OMS and Gary Wise). With Zvi making it three years in a row, Invitational players may be clamoring to concede this year in Cape Town.

No Japanese player had ever made the Top 8 of a Pro Tour before. After Satoshi Nakamura and Kenichi Fujita nearly broke it in Los Angeles, the Japanese turned their playtesting eye towards Tokyo. Fujita played a hi-tech version of blue/black, with many cards designed to beat base-black decks, using sneaky tech like Urborg Shamblers. Panzer Hunters, who qualified for the Masters on rating, made it all the way to the finals, upsetting Team Outland and Car Acrobatic Team along the way, before losing to AlphaBetaUnlimited.com. 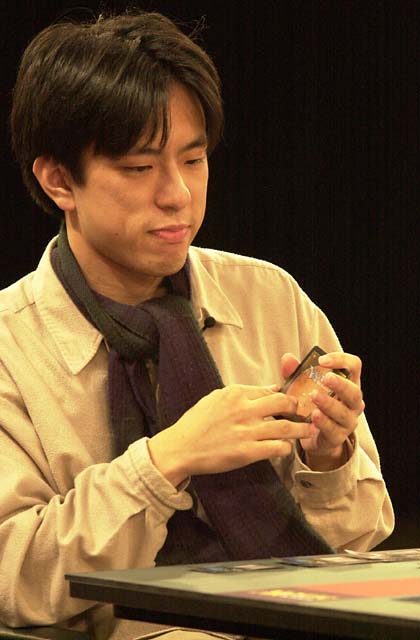 AlphaBetaUnlimited.com occupied seven slots on Day 3. Taking four Pro Tour Top 8 slots (if you count Lucas Hager, who worked with the team) and half of the Masters slots, ABU dominated the weekend. Lucas Hager, Philip Freneau, Noah Boeken, Ryan Fuller and Chris Benafel netted over $100,000 in four short days. Hager, who placed third, rallied from a 4-3 Day 1 to go 6-0-1 on the second day and squeak into the Top 8 as the seventh seed. Team ABU won the Gateway tournament to get into the Masters, then proceeded to roll through the competition, smashing everyone in their way. 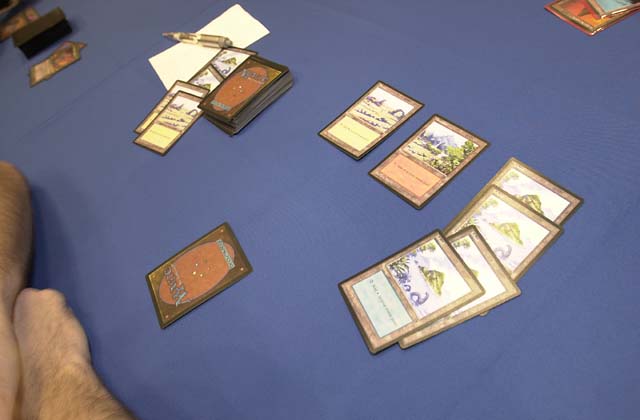 Dan Bock played what critics called the most innovative of decks in the Pro Tour, which relied totally on his opponent's mistakes to win the match. Playing without creatures, he was able to leave his opponents holding dead cards like Repulse and Exclude, while severely diminishing the value of the most-played card of the weekend, Flametongue Kavu. By leaving out instants, sorceries, artifacts and enchantments, Bock was able to minimize the impact of counterspells on his deck, as well as foil powerful strategies like Meddling Mage.

The weakness of this strategy became apparent quickly. Bock's record: 0-1.

Lots of great stories, all around. Zvi Mowshowitz wins his first Pro Tour. Tsuyoshi Fujita makes the finals, proving that Japanese players can hang with the big dogs. David Williams makes his first and deserved Top 8, after years of trying. Everyone is happy, as they leave Tokyo Big Sight after one of the best Pro Tours ever.