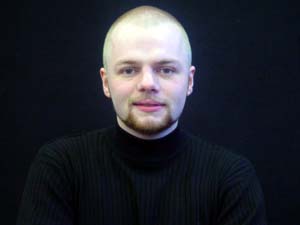 This is Herzog's third Pro Tour Top 8, the first being back at Worlds 1999, and the last being Pro Tour Chicago 2003, where he lost in the finals to Kai Budde. Nicolai is a true Magic veteran, winning the European Championships back in 1999. That sort of success over a long period of time is rare, and shows not only dedication to the game, but true natural talent. The former Norwegian National Champion is looking to finally win a Pro Tour, and achieve the top title that has so far been just out of reach during his Magic career. 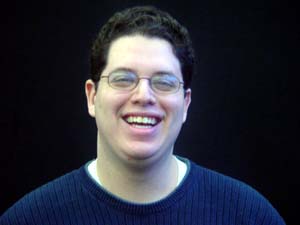 Coming into this tournament, everyone was expecting Mike Turian to win, since his fiancé is working with Magic Online. Once they move in together, as per DCI rules, Turian will no longer be able to play in sanctioned Magic tournaments. Turian has always been considered one of the best Limited players in America, and his success in team Pro Tours has proven it. He won the whole thing back in 2000, and just recently in Boston made Top 4. Aside from team events, he also has a Top 8 finish at Worlds, and a Grand Prix Championship. Mike is a veteran and a highly respected player on the Pro Tour for his personality and accomplishments, which means that he may be cheered on by most of the crowd in what may be his only shot at winning an individual Pro Tour. 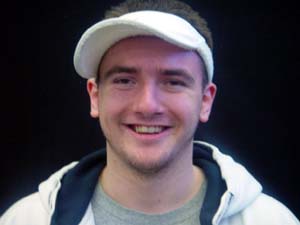 Paquette got his first taste of high-level success at Grand Prix Detroit, where he came in 30th to win both a main tournament prize as well as an Amateur payout. This is his first Pro Tour, and it seems that he's caught on pretty fast. For those who know him in his hometown of Vancouver, that isn't a surprise. Jeff Cunningham has gone so far as to say that Aeo is one of the best five players in Canada, and so far he's proven it. Unfortunately, he had to knock fellow Canadian Richard Hoaen out of contention in the 14th round, thanks in part to a double-mulligan in Game 3. Regardless, he had to fight his way through fifteen rounds of draft, and a Top 8 finish in his first Pro Tour certainly bodes well for his future. 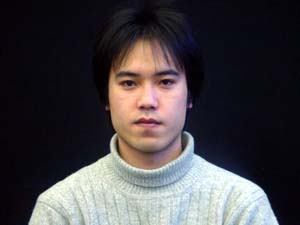 Japanese Magic seems to be growing with every Pro Tour, and Osamu Fujita is the latest example. The National finalist is a part of Japan's veteran squad, commonly referred to as the "20th Century Boys". In fact, Fujita's ties with those he's played with for years are very strong. At Grand Prix Shizuoka, Fujita conceded to Kenichi Fujita and Kochihiro Maki to ensure that they would be qualified for this tournament. This proved to be beneficial, as Kenichi finished 14th today. Aside from helping out his friends, Osamu Fujita could pull off one accomplishment to truly help Japanese Magic excel- win. This is the fifth individual Pro Tour in a row where a Japanese player has made the Top 8, but so far none of them have been able to get that last win and bring a championship trophy home. For the Japanese players following at home, Osamu is the latest hope for that to happen. 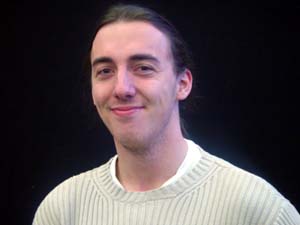 This French superstar is as well known for his love of penguins as his Magic play, Olivier Ruel will be taking part in the second individual Pro Tour of his long career. He and his brother Antoine formed two-thirds of Black Ops the team that posted a Top 4 in the first Team Masters Series and was one of the dominant forces in the early days of team competition. They won the Team Pro Tour Draft Challenge upsetting Jon Finkel's Team Antarctica in the process. Olivier has been an Invitationalist and designed a card revolving around penguins much to the delight and dismay of the Magic community-depending on who you ask. 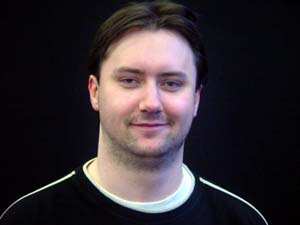 Jonsson has a breakout season in 2001-2002, with two Pro Tour Top 8s, and a match away from a third at Worlds. This is his first return to the Sunday stage since then, but as one of Europe's most respected players, no one should be surprised. Interestingly, Jonsson is notorious for doing lots of drafting on Magic Online, and that obviously contributed to his success this weekend. Whereas many players are still having debates over card value, when you draft a set quite a bit, you learn from experience and your card evaluations tend to be far more accurate. Now that he's succeeded in the Swiss rounds once again, Jonsson has an opportunity to finally win a Pro Tour and add to his reputation. 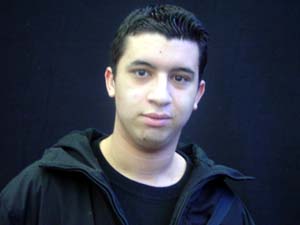 When Farid won Pro Tour San Diego, most of the Magic community was in shock. Who was this French guy who had just walked away with a Pro Tour Championship? Soon, he was touted as "the next big thing" by many European players, particularly due to his constant drafting. On the other hand, some were skeptical, due to the fact that Farid's Top 8 deck contained plenty of bombs, and he made a few mistakes on camera. Whatever the perception was, the fact is that one time may be a fluke, but two times suggests consistency. This Top 8 by itself does quite a bit to cement Farid's reputation, and another Pro Tour victory would make him one of Magic's top names. 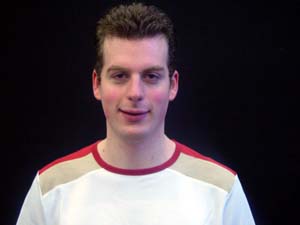 Speaking of "the next big thing", that label was rightfully tacked onto The Dutch Wunderkind. Cornelissen absolutely exploded onto the Pro Tour scene back in the 2000-2001 season, making back-to-back finalist appearances at Pro Tours. Since then, his finishes have been solid, but unfortunately the focus of the Magic community tends to focus on Top 8's where accomplishments are concerned. Consider the fact that Kamiel has come one match away from becoming a champion both times he's played on Sunday, and you're looking at a player who won't be intimidated, knows what it's like to play under the cameras, and has something to prove. Untapped potential no more, Kamiel Cornelissen is back on top.