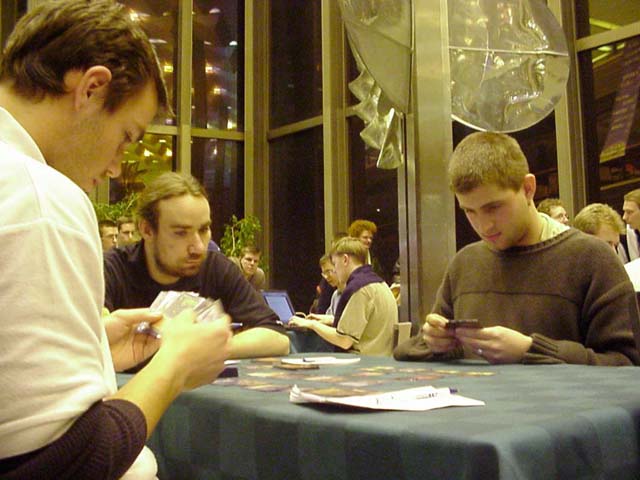 This was a very interesting game between the former World Champion and the recent finalist of Grand Prix Cologne who reached Top 8 for the third time in a row.

Antoine won the toss and decided to play first. Jakub dropped the first creature of this quarterfinal on turn three, which was a Nomadic Elf. Antoine then played a Shoreline Raider with which he did not block the Elf, waiting for some Kavu to make their appearance. Instead of this, Jakub dropped a Verduran Emissary. Jakub was going to be blocked at four mana (without a red one) during four turns. Antoine thought he found the way to stop the Czech's beatdown when Collective Restraint came into play on turn four. But he did not draw his fifth land or/and his first forest neither on turn five, so he decided to block the Elf with the Kavu and to take two damage of the Emissary (20-16).

In the next turn, Jakub played a Quirion Sentinel, took a red mana and added a Thunderscape Apprentice as a new problem for Antoine. Antoine drew his fifth land but was still unable to stop Jakub's attacks (20-6). But on the following turn he drew his sixth land and started the counter attack with a Ruham Djinn. Jakub attacked again, lost the Emissary but brought Antoine down to four. Antoine then played both a Glimmering Angel and a Llanowar Knight. When he attacked next turn, he saw his Knight blocked by a Sentinel. But when he decided to play an Aggressive Urge after damage was put on the stack, he had the bad surprise to see Jakub sacrificing his Sentinel to play Death Bomb on the Djinn and have Antoine down to two. On his following turn, his only way to face the Apprentice was to play Rout and Jakub activated the Apprentice in response (7-1). 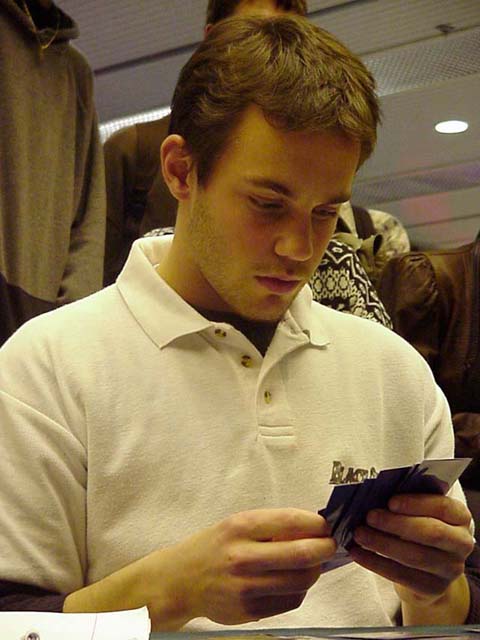 Antoine then played a Llanowar Knight who was killed by a Shivan Emissary on Jakub's turn. Jakub was playing in defense, just waiting for Antoine to drop a non black creature in order to kill him with an Agonizing Demise. But it looked like the Frenchman finally took the advantage when he dropped two more Llanowar Knights. But on his next (and last) turn, Antoine played a Quirion elf which was Demised and died.

In game two, Antoine decided to play first again and Jakub took a mulligan. Antoine played Llanowar Knights in both turn two and three, but did not play a land on turn three. Jakub then played a Slingshot Goblin, which blocked one of the Knights, which became aggressive after damage was put on the stack. Jakub blocked again with a Root grieving but his creature was killed again since Antoine had a Gerrard's Command (20-14).

Jakub finally succeeded in stopping the Frenchman's offensive when Stone Kavu reached the table. Once again, Antoine was able to escape Jakub's solution as he played a Glimmering Angel. But Jakub had resources and played a Quirion Sentinel and a Bog Down with kicker, forcing Antoine to discard his complete hand, that is to say Benalish Lancer, Ruham Djinn and Collective Restraint, which would have helped him much. 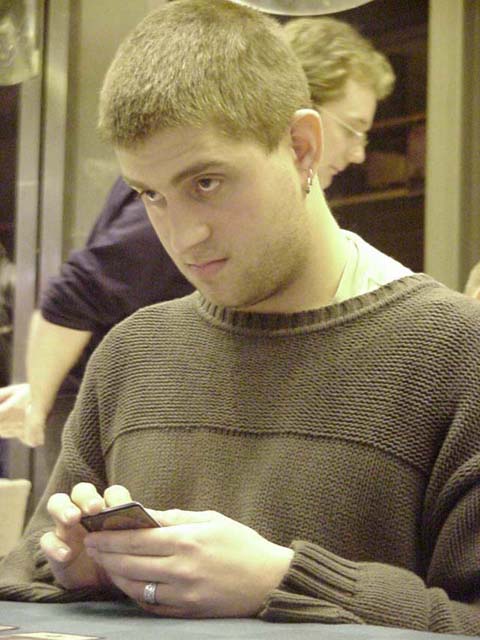 In the next turns, one Knight and the Sentinel killed each other, and so did the Kavu, the Angel and the other Knight (10-10). With no creatures on the table, the top deck mode could begin. Antoine drew Nishoba, but he had only five mana on the table. Then Jakub played a Quirion Elf, and Antoine his sixth land which was . . . Elfhame Palace. In the turn after Antoine finally played his Sabertooth Nishoba, he did not smile for long since he was Death Bombed (10-8). The game was closed when Jakub played a Verduran Emissary, but three turns and three more draws of land for Antoine later, the 2/3 put Antoine down to two, and Jakub then only had to finish the Frenchman with an Assault.