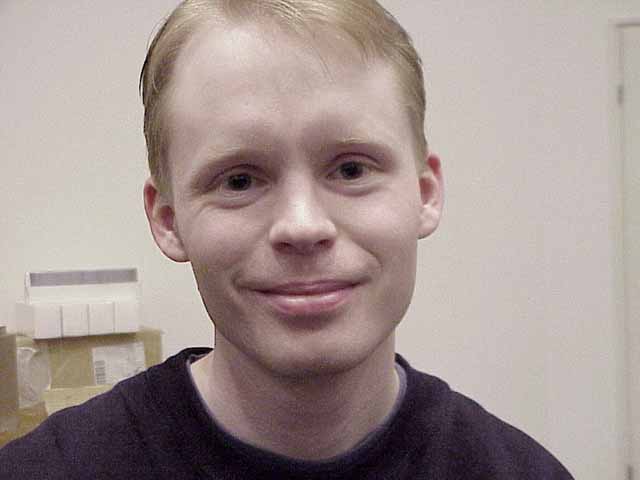 Jens Thoren is a reliable player from Sweden who has qualified for a Pro Tour during the last 4 seasons- no mean feat in a country with only 4 slots. This is his best performance in a major tournament. Arto Hiltunen (Finland) is best known for reaching the top 8 of the European Championships under controversial circumstances. Hiltunen had drafted a strong black/red deck with a number of solid creatures, the pick of which being Darigaaz, the Igniter. Thoren had gone for a white/blue/green deck with a number of Armadillo Cloaks that could be safely dropped on potentially untargetable Glimmering Angels.

To start Game 1, Thoren took a mulligan but that didn't seem to affect him too badly as he dropped Quirion Elves on turn 2 and followed it with a Quirion Sentinel and Obsidian Acolyte on turn 3. Hiltunen used Soul Burn to get rid of the Sentinel but this was the only play he made until turn 6. But who cares when that play is Darigaaz, the Igniter. But even mighty Derek the Dragon looks ineffectual when your opponent has a Glimmering Angel that can be given protection from black. Hiltunen followed it up with a kicked up Pouncing Kavu and then a white Alloy Golem. Thoren still had control with the Acolyte and a Benalish Trapper. Then, in a strange play, Hiltunen attacked and Thoren took 9 damage rather than blocking the Dragon with a protected Angel. Maybe he thought he could take the damage (the first that had been dealt to him) or wanted to leave white mana open just in case Hiltunen tried to remove one of his creatures. In the end it proved a decisive mistake as Hiltunen was able to burn him out with a 6 point Soul Burn the turn before he could attack for the kill.

In game 2 Hiltunen risked a 1 land hand going second, perhaps thinking he could draw into land with a Chromatic Sphere. He didn't, Derek ended up being discarded into the bin and Thoren quickly took the game completely out of reach with an Armadillo Cloaked Llanowar Knight. 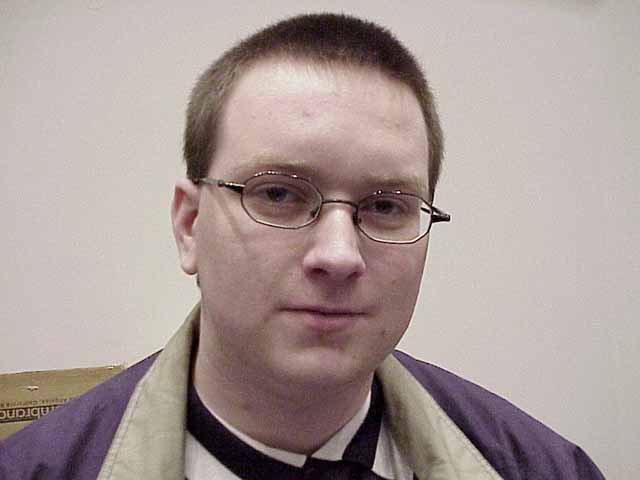 Game 3 and despite going second Thoren started quick offence with Tidal Visionary, Crimson Acolyte, Shoreline Raider and Sparring Golem in successive turns. Hiltunen zapped the Visionary and then the Golem met an Agonizing Demise. He then Soul Burned a Razorfoot Griffin to stay in the game. His first creature, a Phyrexian Reaper, stopped the ground attack. Thoren was short on land, stuck on four and crucially none of those was a forest. It meant he had to play Glimmering Angel without blue mana backup and Hiltunen gave it a dose of Plague Spores, taking out a plains as well and leaving Thoren in further trouble. He drew a land the turn after but it was another plains and not the forest he desperately needed. Hiltunen meanwhile was starting to lay creatures and mount his own offence. Out came mighty Derek the Dragon and once the pesky acolyte was burnt out of the way Hiltunen was able to ride it through to the semi's.