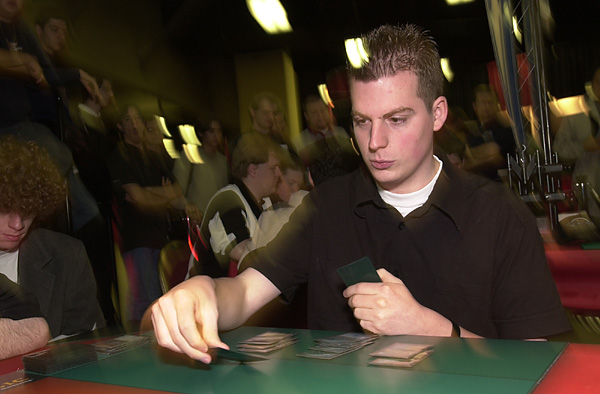 Kamiel Cornelisson and Jon Finkel were the picture of poise as the Quarterfinals began. With so much on the line, top players know that they have to keep their minds on the game and not what's at stake. Nervousness breeds mistakes and is best counteracted by lightening one's attitude. While they may not have been reveling like drunken lords, both players maintained a relaxed, almost disinterested, demeanor.

Finkel did crack a smile once, joking that if he had a theme song, it would be "It's Raining Men" by The Weathergirls.

He began game one with a first-turn Birds of Paradise, second-turn Fires of Yavimaya. His next turn, he played Llanowar Elf and River Boa, sending for three. Cornelisson hit three mana but had no more. Brainstorm delivered the good news that he had three on the way.

Finkel's next two plays of Ancient Hydra and Rith, the Awakener were Absorbed, but his ground forces continued the assault, helped along by Wax, and brought Cornelisson to seven. Cornelisson Fact or Fictioned into Ramosian Sergeant, Jhovall Queen, Defiant Vanguard, Adakar Wastes and Plains, receiving the Sergeant and Queen. He had Wrath of God in hand, leaving Finkel with five lands and two cards in hand. 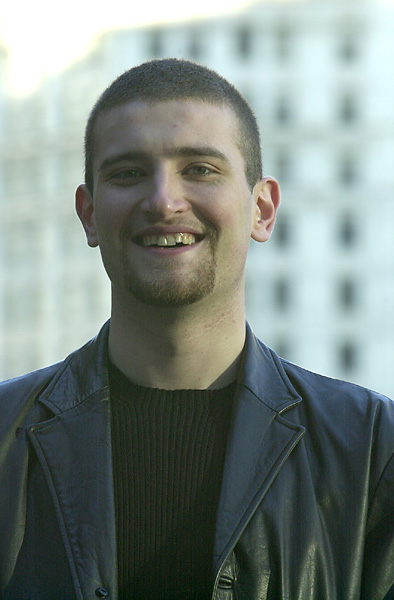 Both players had answers for each other's next few threats, but Cornelisson reached a full hand off Dismantling Blow, while Finkel's was dwindling. Cornelisson easily rode that advantage to a win.

Cornelisson boarded in Circle of Protection: Green and Disenchant in place of Fact or Fiction and Dominate. Finkel brought in Earthquakes and an Obliterate.

Finkel played a less explosive game two. He played a first-turn Elf and beat with that, Porting Cornelisson and removing his first searcher. Cornelisson stalled at four land, but Brainstorm came to his rescue again, revealing two more land and an Absorb. Finkel's Blastoderm went uncountered, Cornelisson needing to build his rebel chain.

He took a Blastoderm in the chops, and Disenchanted Finkel's Saproling Burst. He was down to ten and so chumped the next turn with his Sergeant. He Absorbed Finkel's Rith but let his Chimeric Idol through, recruiting Lin-Sivvi. This let him fetch a Vanguard to trade with the Idol.

Cornelisson was getting low on life. He had a Jhovall Queen and Circle: Green to fend off Finkel's Saproling Burst, but Finkel had the Wane to break through, putting Cornelisson to three. 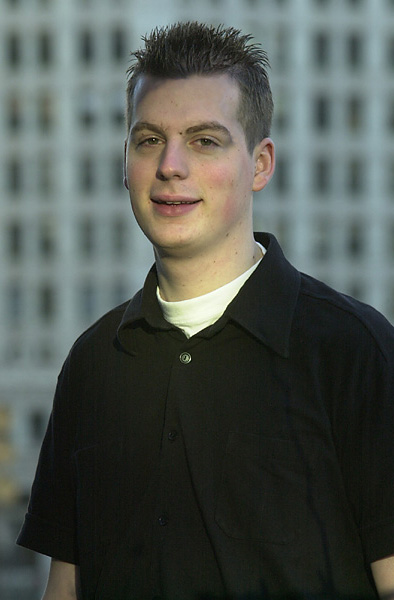 Finkel played his last card, Ancient Hydra, but only had two lands untapped. Cornelisson Wrathed and Finkel shot him to one. For a while, it looked like he could come back. Finkel's draws were Elf, Rishadan Port and River Boa, but Cornelisson had another Circle, and had recruited himself up to a Queen. Eventually, however, Finkel drew into Urza's Rage. He denied Cornelisson his white mana, fearing Absorb's life gain, and Raged him out.

Sideboarding for the next game, Cornelisson brought back his Dominates since he would play first.

In a savage game three, Cornelisson let Finkel have his second Fires of Yavimaya, searching out Lin-Sivvi. Finkel was short on pressure, and cast Earthquake for three to remove the legend. Cornelisson still had a Falcon and mustered more troops, including another Defiant Hero, while Finkel couldn't get anything on board. Finkel Quaked again, but the rebels had been wearing him down and he fell to six. When his Saproling Burst got Disenchanted, he scooped.

Cornelisson swapped his Circles back in for game four.

Game four started out on even ground. Finkel's turn-two Fires was Disenchanted, and he quaked away Cornelisson's Sergeant. He was light on threats, though. Using Rishadan Port to make a path for his Saproling Burst, he was rewarded for his efforts by watching Cornelisson draw two off Dismantling Blow.

Cornelisson recruited Defiant Vanguards to deal with Finkel's offense, and soon had a very beastly Johvall Queen. With a mitt full of countermagic, Finkel couldn't bring any resistance and was trampled to death, losing the game and the match.

Afterwards, Finkel commented that he needed to see more River Boas in this match up. Cornelisson agreed, having a number of cards like Wraths and Dominates specifically for that problem. Shaking hands, Finkel wished his opponent good luck in the semis.