After a Top Eight in Chicago two years ago Justin Schneider dropped off the Magic Scene. This year marks his return. This is his third Grand Prix, and his results keep improving, from missing Day Two, to making it and bombing out, and now safe in the Top Eight. Asked about his life as a Skater, he says "I'm Old-School, the oldest school."

He will face Daniel Brasil do Carmo, an up-and-coming Brazilian player. This is his first Top Eight, his highest previous premier finish being Top 64 at Grand Prix Sao Paulo. To make it all the sweeter he is an under-1700 flagged player, meaning regardless of his finish he'll be walking away with fat cash. He said the road to the Top Eight was one of the hardest of his career.

Carmo mulliganed first game, keeping his six-card hand. He played Phyrexian Battleflies while Schneider played an unkicked Pouncing Kavu, trading it in for its Horned cousin.

Carmo hit all three land types on turn three, and summoned a Shoreline Raider to stop Schneider's beast. Schneider played Rage Weaver and passed the turn. This marked the beginning of a stall that lasted four turns. 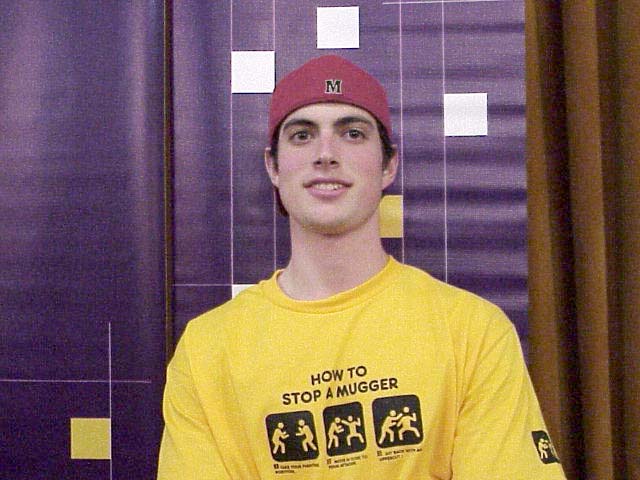 Armies assembled on each side. For Schneider, it was a Radiant Kavu and a Kavu Runner. For Carmo, a Nightscape Apprentice and a Mire Kavu, his black mana tied up in casting his beasties.

When Carmo hit five mana his Mire Kavu attacked. Schneider double-blocked with Horned Kavu and Kavu Runner. An unkicked Agonizing Demise and the Apprentice's first strike ability made the decision a 2-1 for Carmo. Schneider drew and said go.

The Mire Kavu hit again, joined by a Rainbow Crow. Schneider Harrowed at end of turn. He untapped and Zapped the Nightscape Apprentice. He drew Quirion Dryad and played it.

Carmo thought for a while before attacking with Mire Kavu, Crow and Battleflies. The Mire Kavu traded with the Radiant Kavu. Schneider was tapped out and thus couldn't abuse its ability. The Battleflies pumped for one. Carmo summoned a Volcano Imp.

Schneider attacked with Rage Weaver. Carmo let it through. He counterattacked in the air and met Schneider's Tangle. The race suddenly favored the American. He cycled Aggressive Urge at end of turn to better take advantage.

He drew into Shivan Wurm. He played it, returning the Weaver. Carmo's creatures were on vacation from the Tangle and didn't untap. He tapped six mana into his pool, and Schneider stiffened. It turned out to be a kicked Vodalian Serpent, not Agonizing Demise.

Schneider attacked with the Wurm. Carmo thought for a moment before letting it through. He fell to eight. Schneider continued to drop bombs, this time it was Rith, the Awakener. He even got to put a counter on his Quirion Druid.

Carmo's fliers untapped, but now there was a huge body in their path. He passed the turn. Schneider sent the Wurm again, and this time Carmo double-blocked with Serpent and Raider. Scorching Lava meant the end of both. Schneider further cluttered the board with a Rage Weaver making way for a Horned Kavu, turning the Dryad into a 6/6. Unable to stop the massive creatures, Carmo scooped.

Game two got underway with an unkicked Arctic Merfolk from Carmo. Schneider matched it with an equally unkicked Pincer Spider. Carmo enchanted his Merfolk with Maniacal Rage and attacked. Schneider let it through.

He untapped and passed the turn. Getting greedy, Carmo sent with the Merfolk again, walking right into Schneider's Aggressive Urge. It's hard to come back from that kind of three-for-one. He hoped his Planeswalker's Scorn would do just that.

Schneider spend five mana adding a Horned Kavu to his board after combat. Carmo untapped and went for the Scorn on the Spider. Out of four cards, only Rith, the Awakener would kill it. He found him. 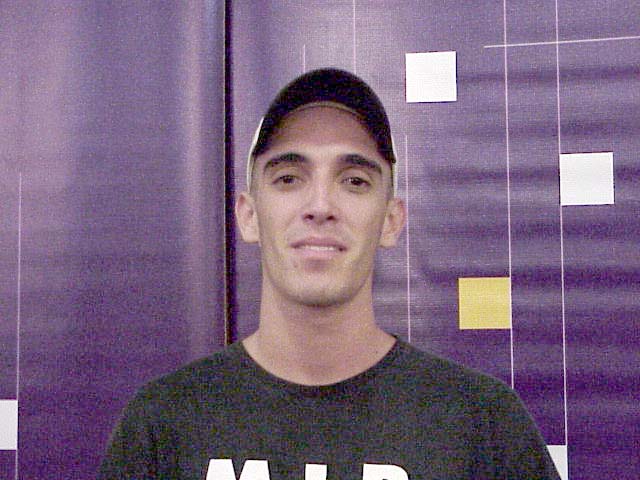 Schneider drew and played Voracious Cobra, hitting Carmo with the Kavu. Carmo used the Scorn again, on the Cobra, but this time with a 75% chance of success. He saw Rith yet again. Schneider drew, attacked, and passed the turn.

Carmo went once too often to the well, missing with his Scorn and playing out Nightscape Apprentice. Schneider hit him with the Kavu again, and again Carmo untapped and went for the Scorn. Out of Schneider's six cards, only Rith would kill the Kavu. He missed again.

Fortunately for him, Schneider had been unable to find a Plains to cast his Radiant Kavu and Rith. He sent the Kavu and ended his turn. Realizing the Scorn's ineffectiveness, Carmo played Hunting Drake, sending the Kavu to the top of Schneider's library.

Schneider had no non-gating creatures in his hand, and was forced to content himself with casting Tribal Flames on the Drake. Carmo replaced it with a Firescreamer. Schneider hit seven lands, and still had no play.

Carmo made a second Firescreamer. Schneider watched. Both attacked next turn and he burned one with Scorching Lava. The other gated in a Lava Zombie. Schneider drew and passed. He took five damage, falling to six. The Firescreamer hit the board again.

Schneider drew Shivan Wurm. Without Plains he was forced to Tangle to stay alive. He Zapped to look at another card, then scooped.

Game Three was Schneider's turn to gamble. He mulliganed, and his six-card hand contained only one land. He kept it. Fortune frowned for only one turn. On turn three he busted out Firebrand Ranger.

Carmo again played Planeswalker's Scorn. Schneider hit with the Ranger and played out Darigaaz's Caldera, netting a mana, then Quirion Sentinel gated in a Horned Kavu. Carmo played out his third land type and went for the Scorn on the Ranger. It hit.

Schneider hit with his Kavu and held back land, expecting Carmo to try and Scorn it out. He did, and missed. Next turn Schneider used the Sentinel to gate out a second Horned Kavu. Seeing that the Scorn Plan was only serving to get him killed, Carmo switched gears and played out a Mire Kavu and Phyrexian Battleflies.

Schneider played a Kavu Runner and swarmed. The Mire Kavu traded with the Runner, and the Battleflies played Healing Salve. Carmo stemmed the bleeding with a Hunting Drake that Time Ebbed the Horned Kavu.

Still short on Plains, Schneider used his Sentinel to Cloak up his Runner. He hit for five, knocking Carmo to four. Carmo had the answer in hand, untapping and playing Agonizing Demise without kicker.

Schneider drew and grimaced. He couldn't decide on his next play. His hand was Horned Kavu, Tribal Flames, Rith and a Plains. Eventually he decided to gamble on his opponent's Scorn, playing out Horned Kavu and replaying his Sentinel, burning for one.

Carmo chose to ride the Scorn as well, and hit Rith.

Schneider drew, awash in disbelief of the 33% chance. He did a double-take. He had drawn Zap. Together with the Plains and Tribal Flames, he could do four to Carmo. He triple-checked his opponent's life total, then won the match.