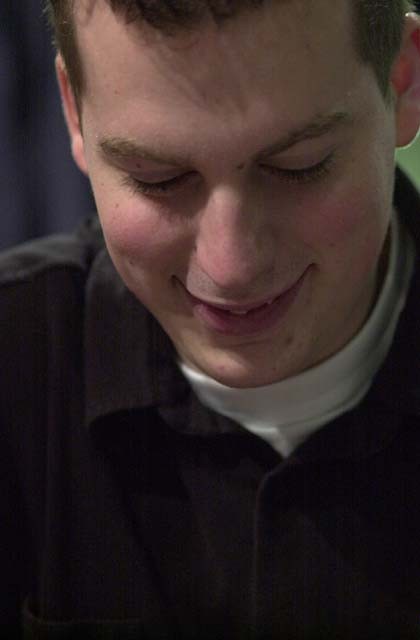 Kamiel Cornelissen burst onto the scene last year at New York with an eleventh place finish, only to step into back-to-back Top 8s at Chicago and now Los Angeles. His G/R/w deck features many fat creatures, but not much early defense. His opponent is Former American National and Pro Tour London Champion Kyle Rose. Rose stuck to his preference for ultra-fast beatdown, drafting R/B.

Kamiel won the die roll, giving him an advantage against Rose's fast deck. He had no two-drop to push in the way of Rose's Nightscape Apprentice, but drew and played Nomadic Elf.

Rose slid his next card across the table before flipping it into his hand. It was the Mountain he lacked. Now, not only could he bring red beasts into the fray, but the Apprentice was online making trades difficult for Cornelissen.

Cornelissen bought another Elf, taking some damage and returning four. He tapped out for Kavu Climber. In the meantime, Rose had summoned a Hooded Kavu. The race was close. Rose's hand was chock full, holding Shivan Zombie, Backlash, Scorching Lava, as well as his turn five plays of Swamp and Duskwalker.

Cornelissen thought hard before tapping out for Meteor Storm and its activation cost, removing the Duskwalker, losing a Tribal Flames and Power Armor. His last card was an uncastable Rith, the Awakener. Cornelissen attacked all out, trading an Elf for the Hooded Kavu.

Rose drew Hate Weaver, sending his creatures and evening the life totals at nine apiece. He played his Zombie, and Backlashed Cornelissen's Climber. Cornelissen attacked with an Elf alone, and used Aggressive Urge for damage, looking for answers. Rose drew his sixth land. This let him cast and activate his Hate Weaver, forcing Cornelissen to empty his hand in a bid to survive, then cast Scorching Lava for the win. 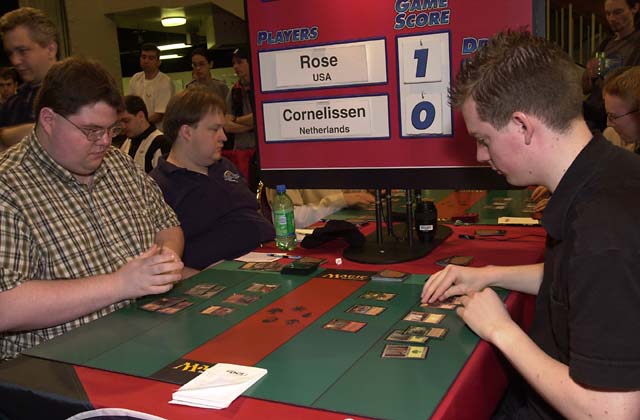 In Game 2, Rose again drew the Apprentice that gave Cornelissen so much trouble. Cornelissen's Fertile Ground was equally important, speeding him towards his dense five-slot. His third turn was Sentinel and Nomadic Elf. Rose attacked with a Rogue Kavu and tried to kill Cornelissen's blocker with first strike, but he had the Explosive Growth.

Cornelissen turned on the pressure, first with Kavu Runner, then with Zap for Rose's blocker, knocking Rose to nine. He traded a kicked Pincer Spider for a kicked Pouncing Kavu in a gang block and cast another. Rose had no good blockers left, just a pair of Apprentices. He spent a turn Recovering his Kavu and played a Zombie. He lost his whole team clinging to life.

With only five mana, he cast a Hooded Kavu intending to trade it and a Scorching Lava for the Spider, but a hasted Serpentine Kavu made a more appealing target. Rose fell to three life. He played an Ancient Kavu and an unkicked Duskwalker to fend off the Spider. Things looked good when Cornelissen had no play on his next turn. Rose played a Pouncing Kavu and held back. Cornelissen drew and cast Tribal Flames to stop the game from slipping away.

Cornelissen mulliganed in game a three. Rose kept a two-Swamp hand and drew a third to get out a Sparring Golem. Cornelissen traded his Nomadic Elf for it, but had no three-drop.

Fortune put a Mountain at the top of Rose's deck and he used it to cast Nightscape Master. Mr. Sunglasses hit for two and was joined by a Viashino Grappler. Cornelissen Zapped it and played Kavu Climber, filling his hand. Rose played a pair of Apprentices. Cornelissen stared at the Master and lone Mountain for a while before deciding to play the amazing Thunderscape Master.

Rose drew a non-Mountain. He Recovered his Golem and snapped the drawn card into his hand. His second Mountain hit the table and blew away the opposing Master. Cornelissen played a hasted Serpentine Kavu. Rose took a hit and topdecked Shivan Emissary to deal with the problem.

Cornelissen dropped his seventh land, filtering mana through his Nomadic Elf to cast Rith, the Awakener. Rose drew and passed the turn. Cornelissen had Explosive Growth to end the game right there, but instead knocked Rose to one, fearing chicanery. Rose drew a card, and conceded. 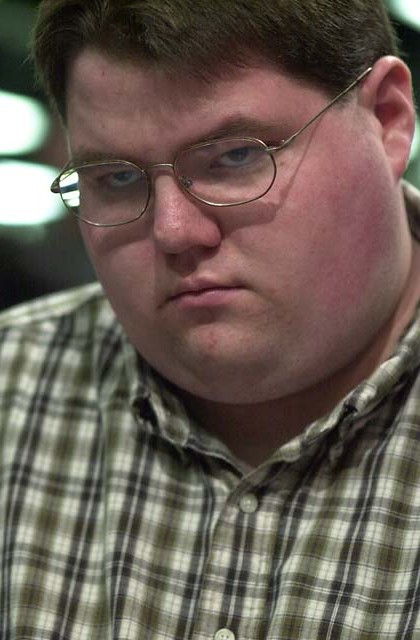 Rose mulliganed into a one-land hand, and just shrugged his shoulders. The threat of a five-card hand was too much. With a bold "sure," he put on his game face and played his one Swamp.

Hit drew a second land on turn three, but with only Pouncing Kavu and Nightscape Apprentice and Mourning for castable cards, was hard pressed to deal with Cornelissen's steady flow of creatures. Thunderscape Master made it quick. A sympathetic Cornelissen apologized for his opponent's ill luck, but Rose was the model of grace, congratulating him on a win and wishing him luck.