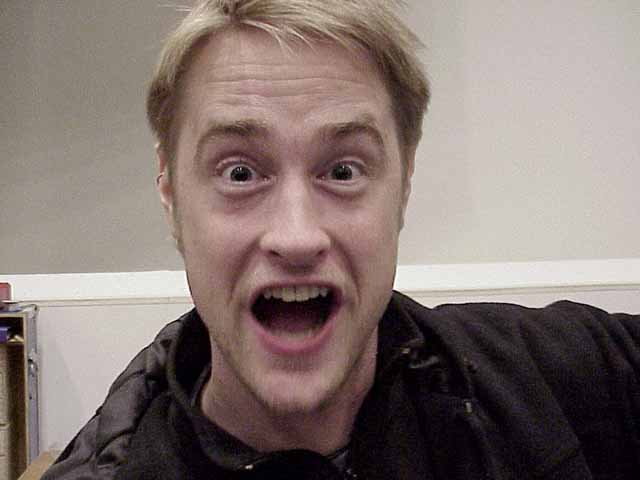 Dominik went into the draft intending to go white/blue and was handed it on a plate: neither of the players to the side of him drafted blue and only one of them drafted white - and then only as a splash. The draft progressed well for him as he managed to pick up no less than 10 fliers and an Ordered Migration, with some good blue control cards. Two Probes and a Recoil tempted him to play a couple of swamps and Treva (the dragon!) also convinced him to play a forest. The only thing he felt was missing from his deck was the Master Decoys that were few and far between in the draft.

Richard had more trouble as the three colour deck he ended up with was not in adjoining colours: red/white/black. He explained that he had intended to go u/w/b, but his friend was playing blue to his right, so he didn't want to screw him over. "And I hate playing red!" His deck is a reasonable one though, but the beats do not really start fast enough for what is trying to be an aggressive red/black deck as he has too many turn 3 Kavus. Having said all this he does have some reasonable fliers and three Hooded Kavu which might be key in this match-up, not to mention his five removal spells.

If Richard has good mana draws he can certainly win this match because Dominik is lacking early defense, but he is still a longshot not win the Grand Prix.

Before they start Richard suggests that the loser should get $20, but Dominik does not agree. Richard wins the toss and elects to play.

For a red black his start was relatively slow as there was not drop before turn 3 (Viashino Grappler) which is traded with a Tower Drake immediately, but from then on the creatures just kept coming: turn 4 Phyrexian Slayer, turn 5 Crypt Angel (returning Grappler to his hand), turn 6 Hooded Kavu + Grappler, turn 7 Benalish Trapper and Slimy Kavu! Meanwhile Dominik was having trouble finding land and had to cast Probe without the kicker to search for his fourth, hence missing dropping his Razorfoot Griffin. He did manage to summon a bit of defence in the form of a Fairy Squadron and a Benalish Lancer, and later a Dream Thrush and the Griffin.

Hothow then made a curious play by attacking with his Fairy Squadron to reduce his opponent to 17 and got a smack to the chops for 7 in return by two fliers and a Hooded Kavu. I believe this to have been a mistake as the board situation was not favourable at this stage for the German, and the damage he would receive in return was obvious, but maybe he thought he would have to draw lucky to be able to race the unblockable Kavu.

The game swiftly ended from this point as the Trapper tapped the most relevant creature on Dominik's side and another blow for 7 was taken. The Hooded Kavu then rode to victory.

Richard does not sideboard at all. His deck was stretched and was already optimal in this match-up.

Dominik sideboards out the Dragon, which seems reasonable as he only has three ways to cast it and is facing a beatdown deck. As a result he also sides out his random forest for another land and he also chooses to take out Kangee, adding a Mourning and a Metethran Transport (to deal with the Phyrexian Slayers). However, he does not choose to side in his second Attendant which might have proved to be crucial in this match up as Osterberg had 3 Hooded Kavu which can only be blocked by those guys! I spoke to him afterwards and he was not aware that his opponent actually had three. 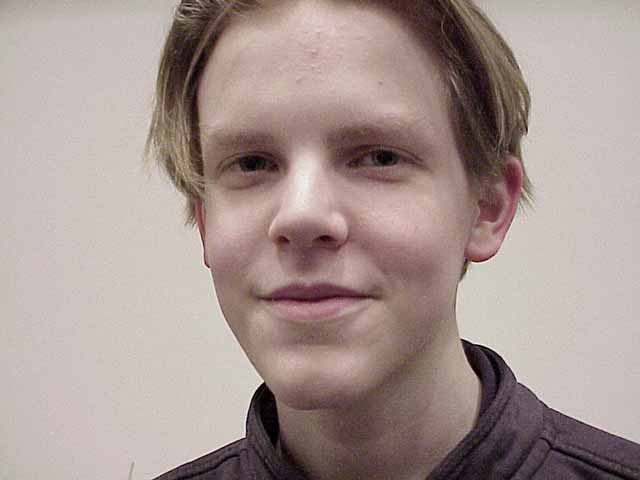 Dominik elects to play first and surprisingly quickly chooses to keep his seven card hand which contained 6 land (none of which were white) and a Razorfoot Griffin (he figured that at least he would be able to cast anything he drew and his 2 Probes might be really good if he drew them).

No damage is dealt in this game till turn 7! A turn 2 Rogue Kavu is Repulsed and then traded with a Metathran Transport, then a Hooded Kavu is Recoiled and recast giving Dominik enough time to make a Vodalian Serpant with kicker. Unfortunatley for him this was no match for the un-blockable Kavu and a Phrexian Slayer.

Again Dominik casts a Benalish Lancer and a Razorfoot Griffin, but these two creatures also cannot deal with the aforementioned aggressors, so Hothow decides that he has to try racing again. Dominik breathes a sigh of relief when he Recovers the Metethran Transport, allowing his Griffin to block the Slayers (Richard has played a second!) now as it can be made blue (the Slayers destroy white blockers), but the Griffin meets with some Tribal Flames.

The situation gets much worse quickly and Richard gains complete race control as he manages to lay a second Hooded Kavu, and a Mourning on one of the Slayers is not enough to stop the Swede from winning the race by 6 life.