In a match of control on control, solid draws and timely counter-magic was sure to determine the winner--and, sure enough, they did. 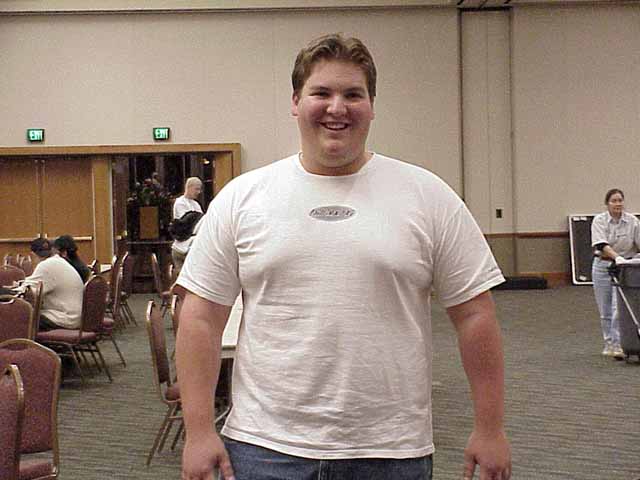 After a few early turn Wastelands, Fitzgerald is stuck at two lands and tries to force a Crystalline Sliver through Demaci's counters. The Crystalline is met with a Pyroblast, which Fitzgerald Misdirects back to itself. The Sliver resolves and begins to serve while Demaci fills up his hand. At 14 life, Demaci activates a Treetop Village in order to block the Sliver. Before declaration of blockers, Fitzgerald attempts to cast Swords to Plowshares on the Village, but Demaci is able to dodge the Plow with a Force of Will and blocks the Sliver with his manland. Having no creatures in play, Fitzgerald attempts to get an Acidic Sliver on the table, but is met with a Mana Leak. His next attempt to cast a creature is met with no resistance and a Muscle Sliver resolves.

On his next turn, Fitzgerald casts Duress and finds Demaci holding a Swords to Plowshares, Pyroblast, Forbid, Mana Leak and a Seal of Cleansing. He discards the Forbid and attacks with the Muscle. Again, Demaci animates his Village, at which point Fitzgerald attempts to kill it with his second Swords to Plowshares, using the last counter on a Gemstone Mine. The Swords to Plowshares resolves and Demaci makes a net gain of one life between the Plow and the attack. Demaci continues to take damage from the Sliver, while Fitzgerald fails to lay a second land. Finally Demaci casts a Morphling, with three Volcanic Islands and two Tropical Islands on the table and while at 5 life. The Morphling is met by a Force, which Demaci then Forces himself. However, Fitzgerald is holding a second Force and the Morphling does not resolve.

On his next turn, Fitzgerald casts a second Muscle Sliver and hits Demaci from 5 to 2 life. Finding himself in a desperate situation, Demaci waits until Fitzgerald's next turn to Impulse, hoping to draw into a Plow or a Wrath of God. He draws a Pyroblast, a land, a Forbid and an Impulse. In no less a desperate situation, Demaci keeps the Impulse, casting it immediately. To his frustration, he draws into no helpful spells and concedes. 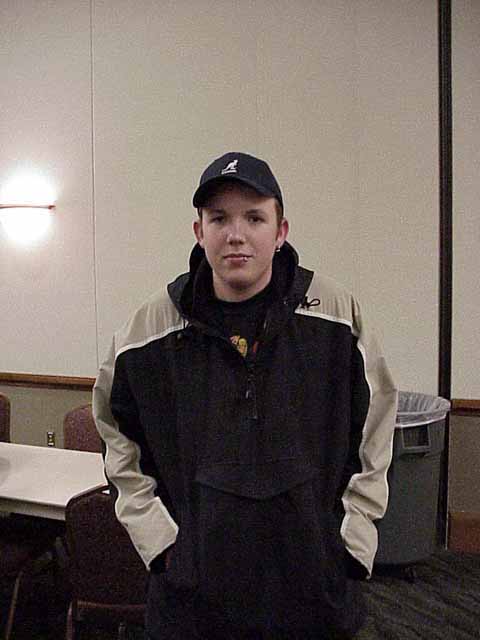 Between games, Demaci pulls three Seals of Cleansing and adds two Misdirects and a Wrath of God to his deck. He then opts to keep a hand containing 6 land, including at least one Wasteland, and a Pyroblast. Fitzgerald's first Sliver, of the Muscle variety, is met with a Mana Leak. Several turns pass and Fitzgerald pulls off a perfect Consult, finding his Tundra seven cards deep into his library. He then attempts to cast a Hibernation Sliver, which is Mana Leaked. On his next turn, Fitzgerald's second attempted Hibernation Sliver meets a Pyroblast. On the same turn, and having pulled two counterspells, Fitzgerald attempts to cast a Crystalline Sliver. Demaci counters, Fitzgerald Pyros and Demaci answers with a Forbid without buyback. The Sliver does not resolve, but Fitzgerald is left with a lone Morphling in hand. Demaci draws a Misdirection and Fitzgerald is able to get a Crystalline Sliver into play during his next turn. The Sliver begins to do damage and Demaci attempts to cast a Morphling with Mana Leak/Misdirection backup. Fitzgerald is able to win the ensuing counter war after his Pyroblast is Misdirected, by then countering the Misdirect.

Fitzgerald follows up by casting an Acidic Sliver on his the next turn. Demaci loses a Treetop Village, which he used to block the attacking Acidic, when Fitzgerald sacced it to do an additional two points of damage to the Village. Demaci then tries to kill the remaining Crystalline Sliver on his turn by casting Wrath of God. Fitzgerald is able to hard cast a Force of Will, which resolves. Demaci tries a second Wrath of God that turn, which is also Forced. Fitzgerald's attempts to get both a Muscle and Crystalline Sliver into play are rebuffed, but he is quickly doing damage with the single Sliver on the table. Having run out of countermagic, Demaci needs to draw a Wrath of God or a blocker, but finds only a Swords to Plowshares and a Forbid on his next draws.