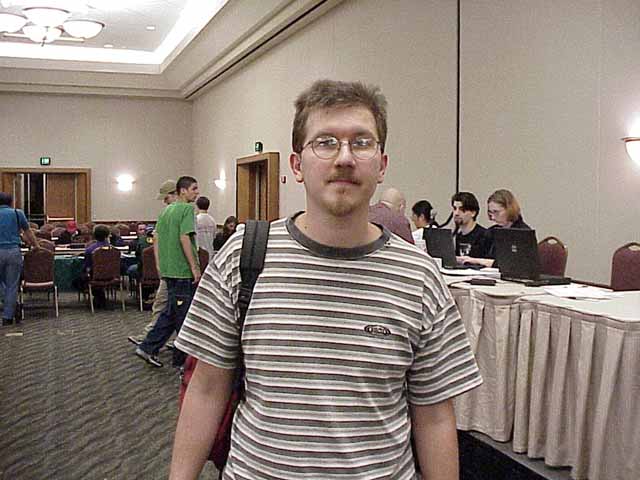 This match featured Thomas Keller's Counter-Sliver deck versus Terry Welty's GodZila deck, a modified version of Jason Zila's deck from the New York Masters Tournament. Keller had played in three previous Grand Prix and just as many Pro Tours, including a Top 4 finish at the most recent PT New York. Welty had played in two previous Grand Prix, but had never had this level of success before. Of the two control decks, Keller's was more aggressive with its legion of slivers, while Welty's deck attempted to secure control before winning with Morphling or creature lands.

Welty won the coin toss and elected to play first. He suffered throughout the first game from a slight overabundance of mana, playing lands every turn through turn nine. His opponent, on the other hand, suffered from the reverse problem, keeping his opening hand containing only a City of Brass for land. At the end of Welty's second turn, Keller consulted for a Tundra, and then drew another City of Brass to start his turn. He played a second turn crystalline sliver, which was momentarily stalled by Weltry's Ophidian, but began to attack every turn after a turn three Muscle Sliver hit play. Keller pounded away with his 3/3 Crystalline Sliver every turn, casting Swords to Plowshares on Treetop Village which threatened to block. Welty spent most of the first game with two idle Ophidians on the table, doing little but playing land. Keller finally drew his fourth land on turn five, and after having his first Hibernation Sliver countered, managed to get the second into play, as well as a winged sliver on turn eight. Now facing some serious damage, Welty casts casts a ninth turn Morphling, only have it Force of Willed by a tapped out Keller. After chump blocking with his Ophidians and casting an 11th turn main phase impulse, Welty concedes. Welty would later admit he did not know what his opponent was playing, if he had he would have played a first turn wasteland, which would have made a serious difference considering Keller's weak land draw. 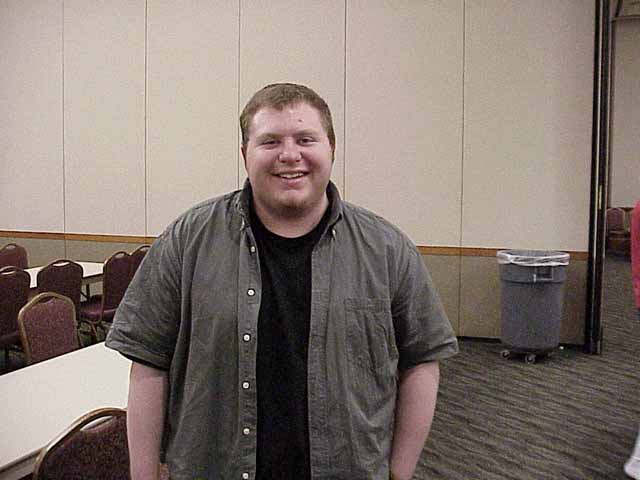 Game two went much the same as game one. After Welty plays a Volcanic Island, Keller plays a first turn Duress, revealing 2xForce of Will, Wrath of God, Morphling, Pyroblast, and a land. After significant consideration, Keller removed the Pyroblast, which proved to be the correct play considering the two Hibernation Slivers in his hand protect all his creatures from the Wrath of God. Keller managed to get a second turn Hibernation Sliver into play, followed by a third turn winged sliver. Welty cast a turn five Ophidian, temporarily keeping the Hibernation Sliver at bay, but Keller cleared the way for his Muscle Sliver on turn five with a Duress and the beatings began in earnest. Welty attempted to escape his fate with a turn eight Wrath of God, but could find no answer for Keller's Force of Will, even with the aid of a main phase impulse. Having no way to deal with the lethal damage headed his way, Welty conceded the game and the match. Keller now advances to the semifinals where he will play Sean Smith and his Oath of Druids deck.