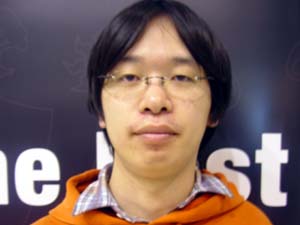 his Magic career, Itaru Ishida has been incredibly consistent, racking up money finishes since the first Pro Tour season. He's yet to achieve a Pro Tour Top 8, but everyone here considers him one of the top Japanese players. The common consensus is that it's not only a matter of time until Ishida plays on a Pro Tour Sunday, but when he does, no one should be surprised if he wins it all. For the moment, however, he's in the Top 8 of Grand Prix Okayama. He bulldozed through the tournament and ended the swiss rounds as the first seed, piloting blue-black Reanimate. His opponent, Kazuya Hirabayashi, is often called the "Japanese Zvi" because he is a very popular Magic writer, and his decks usually factor heavily into Constructed Pro Tour Qualifier seasons. He gained some attention this weekend by evolving Angry Hermit into a new Dancing Ghoul deck that has proven to be very successful. It seemed that he would miss the Top 8 after losing in the final round, but here he is, squeaking in on tiebreakers to face Ishida in the Quarterfinals.

Ishida mulliganed down to six. Hirabayashi started with Mox Diamond, cast Overmaster and played a land. Duress revealed a hand of Cabal Therapy, Reanimate, Careful Study, Brainstorm, Underground River and Phantom Nishoba- Reanimate went to the graveyard. Ishida now took his first turn, playing Careful Study and discarding the Nishoba along with a second Study. Brainstorm a turn later led to Cabal Therapy, and Ishida missed, seeing Hirabayashi's unimpressive hand of two Corpse Dances and a land. Exhume brought out the Nishoba, and Ishida played another Cabal Therapy to knock the Dances out of Hirabayashi's hand. This set him back quite a bit, and even Burning Wish couldn't find him an out. 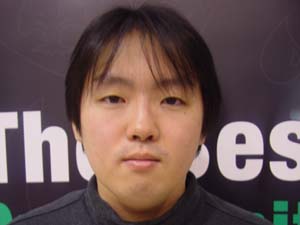 Ishida had an interesting draw, as it only contained a swamp as land, but also had Vampiric Tutor, Reanimate, Visara and Careful Study. If he didn't draw a blue source, he could tutor for one and probably still get the best of it. It still wasn't an easy call to make, but eventually he decided to keep it. Hirabayashi had a Tutor of his own, and played Duress. Ishida responded with Vampiric Tutor, putting Underground River on top of his library. Duress resolved to reveal a hand of Putrid Imp, Visara, two Brainstorms, Careful Study and Reanimate- the Reanimate went to the graveyard. Careful Study let Ishida discard Visara and a Chrome Mox, and he summoned Putrid Imp. Hirabayashi cast Brainstorm and played a Bloodstone Mire, as Ishida tried to get something going with a Brainstorm of his own. It dug him into Exhume, and Visara hit the table. On end step, Hirabayashi played Vampiric Tutor, getting Corpse Dance. He took his turn and played Burning Wish to get Buried Alive, and set up a kill. This theoretically would have kept Visara back, but Ishida had all the answers. Not only did he use Cabal Therapy to get Corpse Dance out of Hirabayashi's hand, but he played Energy Field to ensure nothing would harm him as Visara took care of the rest.