In this all-European Quarterfinals PT veterans Nicolai Herzog and Bram Snepvangers battled it out. Snepvangers, known for his eccentric drafting style, had a bomb-heavy W/G deck splashing for a Quicksilver Dragon where Herzog had a Kamahl, Fist of Krosa. As neither had a good way to remove the other's bombs, it looked like the match would come down to who drew theirs first. With Snepvangers running 41 cards instead of the regular 40, Herzog couldn't help himself and note that that meant Snepvangers had a lower chance of drawing his Exalted Angel. 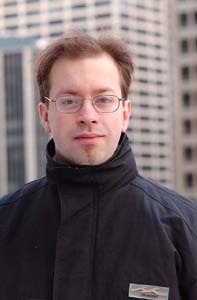 With Herzog winning the toss and Snepvangers having to mulligan a 7-land hand, things started off well for the Norwegian. Snepvangers' second hand contained almost all the ingredients to make for a broken hand – except it only had forests, and his spells were white and blue. He kept it though and was facing down an Elvish Warrior, Wirewood Herald and Elven Riders by turn 5. Snepvangers played Forest after Forest, along with a 3rd turn morph and 4th turn morph. Those morphs actually were Exalted Angel and Quicksilver Dragon, but not all too threatening for Herzog.

On his sixth turn, Elvish Warrior stayed home for defense but Herzog's Elven Riders and Wirewood Herald hit the Red Zone. The Herald died but made sure Herzog's new play for that turn was another Elven Riders. Snepvangers finally found a Plains after cycling his Improvised Armor, electing a "How lucky!" from Herzog. He played it and summoned a Glory Seeker. Herzog's Elven Riders brought Snepvangers down to 3 life and even though the Dutchman cycled a Krosan Tusker to fetch a Plains, unmorph his Exalted Angel the game was over next turn as Herzog had a Dirge of the Dead.

Herzog was pretty happy with his next hand, containing his Kamahl – a definite problem card for Snepvangers. Snepvangers on the other hand was happy enough to see all three of his colors in his opening hand and kept his as well. Nevertheless it was Herzog with the first play of this game, again a 2nd turn Elvish Warrior. Snepvangers answered with a Pearlspear Courier but that wasn't going to stop the Warrior just yet. A morphed Spitting Gourna was added to Herzog's side while the Warrior started beating down. In order to stop the beatings, Snepvangers cast Crude Rampart.

He came back with a Symbiotic Elf and Snepvangers tightened up the defense a bit more with a Righteous Cause. Elven Riders for Herzog weren't going to do the trick either as it could be blocked by walls. Snepvangers next action, cycling a Barkhide Mauler during his mainphase, elected a puzzled look from Herzog. The Dutchman didn't do anything else on his turn, or the next one, hinting at a mana flood. Herzog ran his Symbiotic Elf into Snepvanger's creatures, and Wirewood Prided it to finish off the Crude Rampart. Kamahl hit the board next.

One activation from the Fist of Krosa later and it was time to shuffle up for game 3.

Snepvanger's next hand was much better than his previous ones. Containing all of his colors, and the Quicksilver Dragon it didn't take the Dutchman long to decide this was a keeper. Herzog on the other hand was forced to take a double mulligan as he only had one land in each of the other two hands.

Snepvangers started with a second turn Wirewood Elf, a third turn morph, and on his fourth turn unmorphed his creature – the Quicksilver Dragon. Herzog only had Wellwisher on his second turn and a morphed Spitting Gourna on his third. On his fourth turn, after taking the first beats from the Quicksilver Dragon all he could muster was cycling a Dirge of the Dead in search of land and answers. Snepvangers added a Glory Seeker and morph to his arsenal, along with a hard-cast Exalted Angel on his 6th turn. As if the Quicksilver Dragon wasn't enough already... the Angel was more than enough to make Herzog shuffle up for game 4.

"Yes I did" – Snepvangers

"At least I'll get to pay Stern back in kind for taking that Wirewood Elf away from me; after I beat you of course. I like that distressed look on your face when I played that Wellwisher ... It's gonna be though to deal with it" – Herzog

"It was sort of a problem ... it gave you an extra turn" – Snepvangers

"Sort of a problem is a good description I guess... you know what, how about we both don't play rares from now on. You don't play your Angel and Dragon and I won't play my Kamahl ... sounds fair right" – Herzog

"Except that I have more rares than you do ..." – Snepvangers 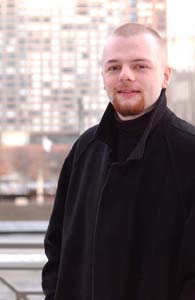 The next game wasn't to be any less savage though. Herzog tried his best with a second turn Elvish Warrior and Crown of Vigoring it up on his third. Snepvangers played his Exalted Angel face down on turn 3 and unmorphed it the next though. As if the game wasn't going badly for Herzog yet anyway, he missed his fourth landdrop and had to morph his Spitting Gourna into play. In order to stop whatever offense the Norwegian could muster Bram made a Crude Rampart. Herzog cycled his Barkhide Mauler to find a 4th land and failed to do so. Snepvangers morphed his Quicksilver Dragon and unmorphed it the next turn to serve for a fatal 9 in the sky.

Herzog's first play of the deciding game was a Wellwisher on turn 3 – showing he has a very expensive hand. Snepvangers morphed two creatures into play on turn 3 and 4, making the situation look very scary for Herzog already. He only had a Krosan Tusker to cycle to get some more land but Bram didn't attack his morphs into the Wellwisher for some reason. That gave Herzog enough time to summon his Kamahl and Snepvangers could only come back with a Symbiotic Beast. Herzog's Kamahl attacked and got chumped by the Beast. Taunting Elf is added to the board to give Snepvangers more headaches.

The Dutchman had a Righteous Cause though to regain some life in the race and the score was 10 life vs 26. Herzog's next attack went unblocked and he took the opportunity to summon an Elven Riders. Snepvangers retaliated by attacking with all he has except for his first morph. The Riders blocked the second morph and it turned out to be a Crude Rampart. Herzog Wirewood Prided the Riders, finishing off the huge wall for good. Glory Seeker was added to the board on the Dutchman's side. On his ninth turn Herzog put a Crown of Vigor on his Taunting Elf and charged with all the creatures he had except for the Wellwisher. After activating Kamahl's Overrun ability, Snepvangers Glory Seeker and morph died and Snepvangers goes down to 18 life.

Snepvangers came back with a Snarling Undorak enchanted by an Improvised Armor. That stopped the beatings for a turn when Herzog stocked up on his creatures by casting an Elvish Warrior and Spitting Gourna. Snepvangers cycled a Krosan Tusker and made a Righteous Cause, keeping a green open to signal a Wirewood Pride. His four Insects attack along with the Undorak but only the beast survives the attack. Herzog sent all his forces into the Red Zone and brought Snepvangers down to 10 life. Snepvangers Undorak stayed home for some defense and on his turn Herzog decided to make things a little more exciting than needed. He played a Swamp and turned 2 of his lands into creatures. As he only had 8 land though, if he attacked with both he would be unable to use Kamahl's Overrun ability. He realized the error of his ways in time though and finished Snepvangers off in a clean attack.