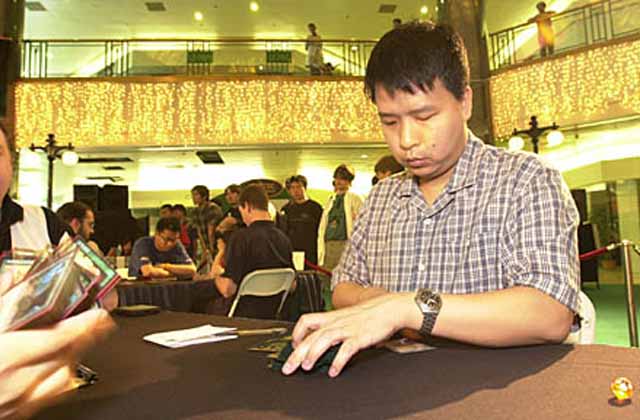 Ng got off to a slow start in the first game, casting no spells on the first or second turns. He played a third-turn Fresh Volunteers, but by then Watanabe had complete control. Using Llanowar Elf and Birds of Paradise, Watanabe played Plow Under on his third, fourth, and seventh turns. Without mana, Ng was helpless.

What happened on turns five and six? Watanabe played Deranged Hermit and paid echo on it. Ng's Volunteers were no match for four 2/2 squirrel tokens, and he soon succumbed to combat damage. 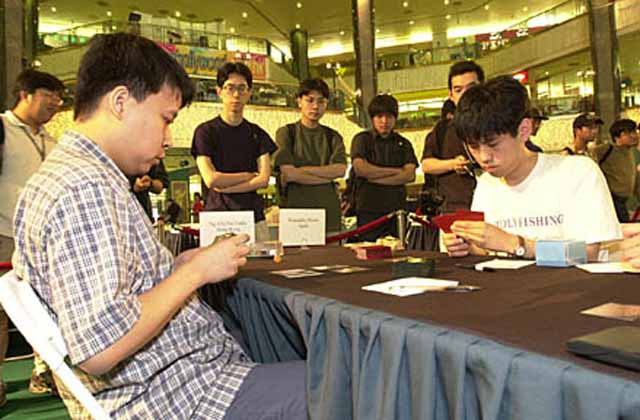 Watanabe's hand in the second game contained Gaea's Cradle and Rishadan Port but no actual green mana. He had three Birds of Paradise, but no way to cast them. After failing to draw a forest over the next four turns, he was quickly overwhelmed by Ng's weenie creatures.

Watanabe used mana acceleration and Rishadan Port in the next game to quickly take a dominant position. Ng did manage to cast Longbow Archer, Mother of Runes, and Fresh Volunteers, but he fell short on mana. Watanabe used Priest of Titania and a swarm of Elves to power up a Masticore, pinging away all the blockers. Ng helplessly scooped up his cards.

The next game began with an embarrassing mistake on Ng's part. On the second turn he tapped a plains and a Rishadan Port, thinking that he had a Fresh Volunteers in hand. It turned out that he actually had a Steadfast Guard, so he was forced to take mana burn. It didn't matter much, however, because he had no chance against Watanabe's great draw. 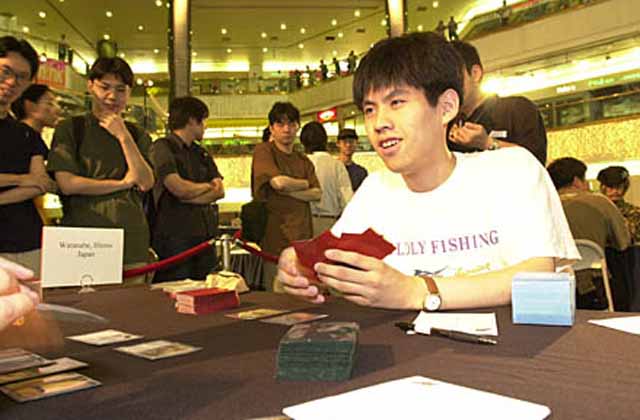 Watanabe played Plow Under, then brought three Deranged Hermits into play with the help of Skyshroud Poacher. Topdecking a Gaea's Cradle, he tapped it for 15 mana to cast Masticore and blow away all of Ng's creatures. Watanabe dramatically sent in his squirrels to win the match 3-1.