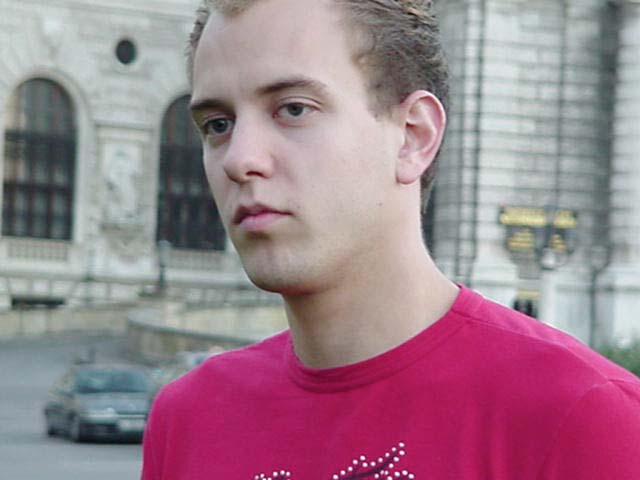 Looking through their decks before the match it seemed as if Eivind had the advantage, although both players had been forced to play some questionable cards:
Eivind was playing a 'Rites of Refusal' and Holger was playing a creature-shy w/b deck with an 'Innocent Blood'. Meiecke was also playing an Execute in his main-deck, knowing he was facing a u/w mage.

Eivind won the toss and elected to play first, laying two tap-lands in a row and then the first play of the match: a Pilgrim of Virtue. (He had this in the main as he knew that his quarterfinal opponent was playing black). Holger made a Dusk Imp, then cast Patriach's Desire on an Aven Fisher. Eivind made a Luminous Guardian, then a Beloved Chaplain. Holger tried to Afflict the Chaplain, but Nitter used his Rites of Refusal (discarding a Plains) to counter the creature removal.

Meinecke's Dusk Imp kept serving for 2, but with three one-power creatures hitting him back he was not winning the race, so he attempted a 'Second Thoughts' on the Pilgrim of Virtue, but this time the European Champion had a Syncopate.

Things took a turn for the worse for the Norweigian when Holger followed up with a Mystic Zealot - one of the best commons in the set, but Eivind had a good answer to the predicament: Firebolt, which took out the Dusk Imp. This was shortly followed by some 'Second Thoughts' on the Mystic Zealot, when the German tried to attack, then a second Beloved Chaplain.

Meinecke tried to find something with a Skeletal Scrying for '2', but drew nothing but a Morgue Theft (for which he had no targets) and he succumbed to the Beloved Chaplains as they swung over unopposed; Nitter having cast 'Peek' at the beginning of the turn to make sure he was going to win.

Holger asked Nitter to play first in the second game.

This time the first play was Nitter's Beloved Chaplain, followed by a Peek - revealing affair number of good cards in the German's hand (Execute, Shelter, Morbid Hunger,Zealot and 3 others). Eivind then made a second Chaplain, but it was Executed immediately, and in due course the second Chaplain was 'Patriarch's Desired'.

Nitter then started getting to work on his opponent's graveyard with a Steamclaw, and with both players with access to five mana the board was creatureless for a time. Meinecke successfully cast a Skeletal Scrying for 2 and made a Mystic Zealot, whilst Nitter used the Morgue theft he had boarded in to get back a Beloved Chaplain and play it, followed by a Master Apothecary.

"I drew my combo", said Eivind referring to his Swamp and his Morgue Theft.

Two turns later the board position was: 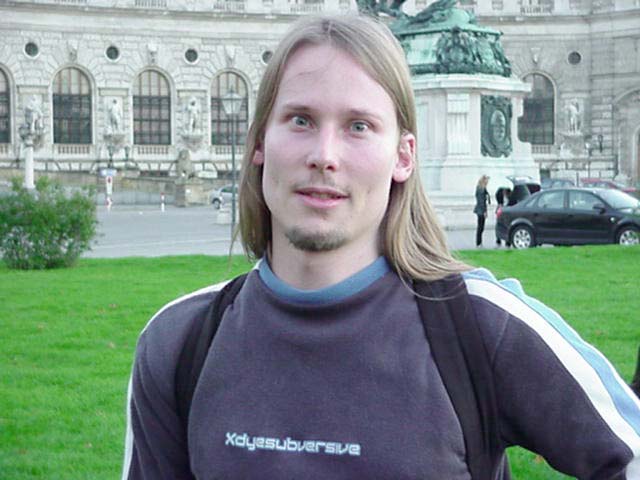 Eivind started making jokes about his opponent's threshold with his Steamclaw on the table as both players just sat there waiting for a break in the game for several turns. Nitter cast a Peek at some stage and commented "Right: so I'm not going to be able to kill your creatures, tap my dudes or do anything really". (The hand contained Morbid Hunger, 2 Shelters, Gravedigger and Morgue Theft.)

A break in the game stall emerged when Holger drew his Frightcrawler and started attacking with it the subsequent turn, changing the life totals for the first time in ten minutes. This was followed by a Zombie Assassin, which was Syncopated.

One thing of interest was that Eivind had not chosen to use his Morgue Theft to get back his second Beloved Chaplain and return the beats or prevent more damage, but this is probably because he was saving it for his Master Apothecary.

A slight mistake then crept in from the German as the pressure started mounting in the game. Holger cast Morbid Hunger on a Beloved Chaplain (the damage was prevented by the two Clerics) but he tried to prevent the damage prevention by casting Shelter on one of his opponent's creatures. This was not a legal play, so all the Morbid Hunger served to do was gain him 3 life.

No longer fearing the Morbid Hunger, Eivind felt confident enough to prevent the damage from the Frightcrawler by tapping his Chaplain, so the life totals remained constant for a few more turns. Decking became a sincere consideration.

Finally drawing an answer for the Chaplain (Afflict), the German still could find no way to get rid of the Apothecary and his deck started looking a bit thin, and he seemed resigned to being decked, but they played it out anyway.

With only three cards left in his library Meinecke began to Alpha strike, attacking with a Dusk Imp, Mystic Zealot, Frightcrawler, Aven Cloudchaser and Auromancer. Nitter used his Balshan Griffin to block a Dusk Imp, a Luminous Guardian to block the Zealot, Smokechaser to block the Cloudchaser, but before the end of the attack step the German conceded, knowing that he nothing left in his deck as he cycled through all his cantrips to prove it.