Craig Wescoe, a pro player known for attacking with little white creatures, allied himself with the Selesnya guild for Pro Tour Dragon's Maze. His Selesnya Aggro deck, and his team of attacking green white and creatures, took down Azorius Control player Andrej Prost in their Quarterfinal match.

However, the win did not come easy, nor did it come fast. Wescoe was forced to mulligan hand after hand spread throughout five games, shipping back hands six times – including two mulligans to five cards in the second and fourth games – in the match. 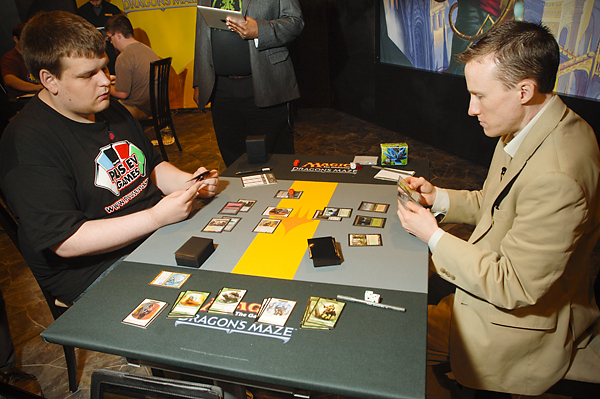 While Andrej Prost put up a fight with his Azorius spells, Craig Wescoe's Experiment Ones and Voices of Resurgence were too much.

In the first game, it was Prost who started off with a mulligan. Wescoe led with Experiment One and followed with Voice of Resurgence, attacking for 2 after his human mutant evolved to a 2/2. A main phase Renounce the Guildless from Prost made Wescoe sacrifice the Voice, and it was replaced by a 2/2 token. Another Experiment One hit play, and was followed by Call of the Conclave. An attack with elemental token and Experiment One dealt 7, dropping Prost to 11.

And when Wescoe had Rootborn Defenses after Call of the Conclave, making a copy of the elemental token in response to Prost's second Renounce the Guildless, the first game was quickly over.

"I knew that curving out was going to be important, especially on the play," Wescoe said after the match. "The only real problem card from [Prost] is Supreme Verdict, so I'd like to play around that if possible. I can do that with Rootborn Defenses, or Voice of Rersurgance and Experiment One with two counters. I can also do it with instant-speed Advent of the Wurm or Selesnya Charm [to make a 2/2 token]."

In the first game, however, Rootborn Defenses served as a sort of "Counterspell" for Prost's Renounce the Guildless, allowing Wescoe to not miss a single step with his attacks. Even if Prost had Supreme Verdict, Wescoe would still have an Experiment One left over to continue the assault.

As the two players shuffled up for the second game, Wescoe asked, "You're on the play?"

"Yes I am," confirmed Prost, before he paused. "I should have said that before the first game," he said jokingly.

In the second game, it was Wescoe's turn to mulligan, in his first trip down to five cards. Wescoe was again first to act with Experiment One. It got a Civic Saber equipped to it on the second turn, but Azorius Charm put the creature back on top. Prost followed with Precinct Captain, and then a back-breaking Jace, Architect of Thought on the next turn.

The combination of the Precinct Captain attacking and leaving behind 1/1 soldiers, and Jace's brutal plus one ability, made Wescoe's attacks awkward. While Wescoe battled as best as he could with a Voice of Resurgence, and then a Gift of Orzhova on the Dragon's Maze mythic, he ultimately succumbed to the distinct advantage Prost had, especially when Jace was able to start drawing him cards. 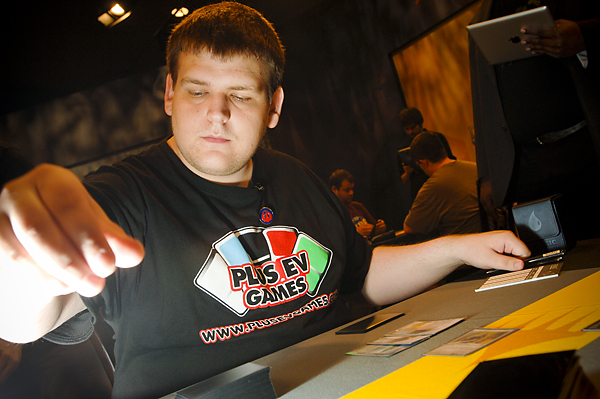 Prost proves he is no slouch in this matchup, as Precinct Captain and Jace, Architect of Thought team up to leave Wescoe wondering how to get out of the second game with a win.

Eventually, Jace found some threats, including a third land for his Boros Reckoner, which effectively left Wescoe without any good attacks and very little time.

Wescoe again had to send his first seven cards back for the third game. He kept his six, leading off with Experiment One. Voice of Resurgence followed, and the Experiment One cracked in for 2. Cyclonic Rift bounced Voice. Wescoe followed with replaying Voice and then Judge's Familiar, attacking Prost to 16. Prost drew a card with one open with Azorius Charm, while Wescoe played a second Voice of Resurgence.

Prost fired off Supreme Verdict, leaving Wescoe with two 2/2 elementals. They attacked Prost to 7. Prost passed, and when Wescoe went for Loxodon Smiter, Prost responded with Renounce the Guilds, forcing Wescoe to sacrifice one of his tokens. The other token met Cyclonic Rift, and Wescoe passed. Prost untapped and cast Jace, Architect of Thought, which found him a Plains in the three-card pile.

With Wescoe unable to answer Jace, Prost extended his advantage with a plus one to Jace's loyalty and Boros Reckoner. On the next turn, Jace's minus two effect found Ætherling, which effectively ended things. Ætherling would attack in, Prost would use its exile effect, and it would return to play untapped so block whatever Wescoe had. With three Ætherling attacks, the match moved to four games.

The fourth game offered some critical decisions for both players when it came to their opening hands. Wescoe, seeing a slow seven cards, shipped his first hand back for an unplayable six, which then turned into a reasonable five.

Prost, meanwhile, stared at a hand with five spells and two lands. He ultimately chose to keep. "The fourth game keep was greedy, but at the same it wasn't greedy," he said after the match. It lacked a Supreme Verdict but featured some action like Boros Reckoner if Prost found a third (ideally white mana).

The problem, however? Prost didn't find white mana, or even a fourth land.

Wescoe led with Experiment One. Another one followed, and Call of the Conclave evolved them on the third turn when Wescoe found a second land. Civic Saber came after that, followed by an attack for 8. With Prost going to his discard step, the game essentially ended. A second Call of the Conclave made the dual Experiment Ones 3/3s, and while Azorius Charm kept Prost from dying on the spot, he fell to 1. 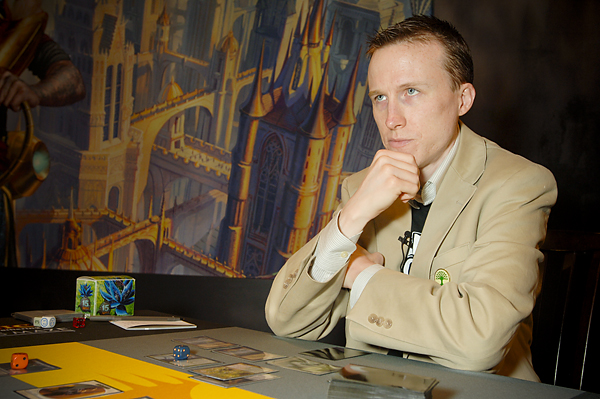 Wescoe aggressively mulligans for a fast hand, and is rewarded with enough pressure to win with only five cards at the start.

Even if he had Supreme Verdict, the Experiment Ones would regenerate and finish the job.

In the fifth and final game, Prost once again faced a tough keep. Two lands, both producing white for Boros Reckoners. He went with it.

Wescoe led with Dryad Militant, a different one-drop for the first time in the five games. Voice of Resurgence pre-combat had Prost responding with Renounce the Guilds, and Cyclonic Rift bounced the 2/2.

But then, Prost stopped playing lands. Loxodon Smiter, and then Voice of Resurgence and Judge's Familiar put Wescoe in the driver's seat. While Prost found a Precinct Captain to block, being stuck on two lands left Prost behind for far too long. Advent of the Wurm followed after an attack from Wescoe's team, and when Wescoe had Selesnya Charm to trample through on the next turn, Prost offered the handshake.

"Being on the play makes that hand a lot better," Prost said, referring to fifth game mulligan to six. "Five card hands in this matchup are rather weak. I actually boarded out my Sphinx's Revelations in that match."