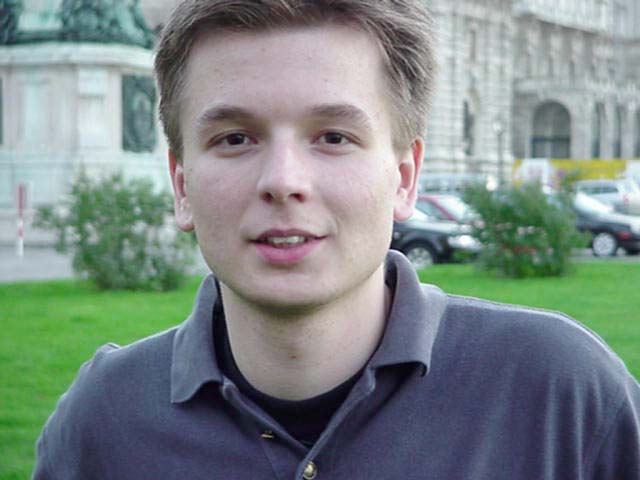 Matthias chose to start with his aggressive green-black-red deck. Green was his main colour, and he had to mulligan an opening hand that contained only Mountains and Swamps. His six-card hand had the opposite problem, only Forests, but he elected to keep this one.

Anyway the Swiss player played a second turn Millikin accelerating him to a third turn Krosan Archer. Gabor's draw wasn't much better - his only creature was a Werebear, and his hand was heavy on land.

He enchanted the Bear with Seton's Desire on his third turn and attacked. With neither player having anything else to cast the Krosan Archer and the Werebear traded blows, with the advantage being to Gabor. Papp then played a Braids, Cabal Minion. This was 'pretty good' against someone who still only had three lands in play, and this caused Matthias to make a horrible mistake. He sacrificed his Timberland Ruins for black to cast Ghastly Demise without realising that the Demise only kills non-black things. Instead he had to use his Millikin again just to get rid of the Werebear that he wasn't as bothered about.

He played a fourth land and a Gravedigger, bringing back the Millikin, but conceded once Papp cast Patriarch's Desire on the Digger, as he was only on seven life. Braids, Cabal Minion is certainly very good against a mana-screwed opponent. 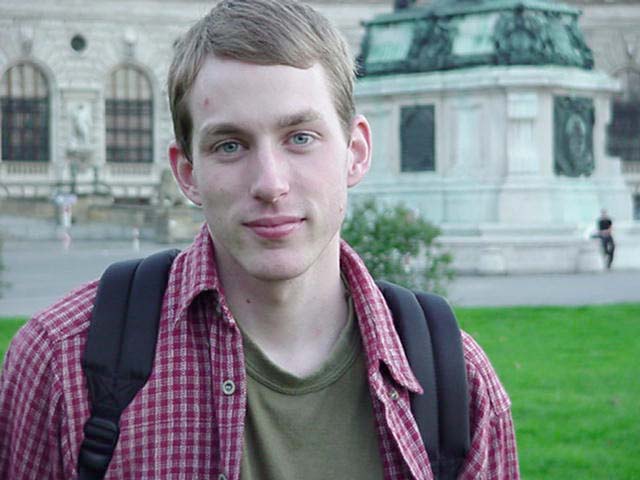 Matthias started once more and his draw was a little better this game. His turn play was a Wild Mongrel, and Papp's was once again the Werebear. Matthias followed up with his ever-present Millikin, and swung in with the Wild Mongrel. Gabor also had plenty of creatures, playing a second Werebear, a Crypt Creeper, and then a Dirty Wererat.

It was the appearance of the Wererat that finally stopped Matthias attacking with his Wild Mongrel. Gabor got in an attack of his own, which traded the Crypt Creeper for Matthias's Druid Lyrist. The reason for trading the Creeper for the Lyrist became immediately apparent since Gabor played a Squirrel Nest.

Matthias played a Rabid Elephant but it appeared that he had no way of dealing with the Nest so he would be in more trouble the longer the game went on. Anyway he attacked as soon as he was able with the Rabid Elephant, and Gabor didn't block.

Papp went on an offensive of his own swinging back with the Dirty Wererat - now enchanted by Seton's Desire, and a Krosan Archer. The Swiss player used Ghastly Demise on the Archer, but couldn't stop Gabor from doing the Dirty on him.

Matthias got a little too aggressive and swung in with his Wild Mongrel as well as the Rabid Elephant. The Mongrel got blocked by all three of Papp's Squirrels, and Künzler didn't have any effects.

The game was ended in Papp's next attack phase. He attacked with his two Werebears, and his Dirty Wererat, and then discarded one card to regenerate the Wererat, giving all of his lycanthropes Threshold, and dealing an extra ten damage.