Raphael Levy is the seasoned veteran of French Magic, with PT Top 8's, GP Top 8's and several Masters appearances, few Gallic Players can claim to have his experience. Jelger is one of the modern breed of Dutch superstar, and can take seemingly bad decks to amazing records both at GPs and PTs.

The pair played in PT New York some years back, Raph lamenting, "I didn't bring in the Obliterates, and I should have"

Jelger won the dice roll and decided to play first.

Both players kept their opening hands, Jelger leading with a Tranquil Thicket, and then a Secluded Steppe, Levy with the more conventional Island, Plains. Jelger made no Morph on turn 3, instead deciding to cycle a Tusker a the end of Levy's turn and cast Explosive Vegetation on the next turn. Levy went for the make a guy plan, and Jelger pulled out a plains and a forest.

Levy brought the beats and dropped a Keeneye Aven. Jelger cast a second Explosive Vegetation on his turn to which Raph exclaimed

Jelger nodded his agreement and made a Morph before passing the turn. Raphael only attacked with the Keeneye Aven before casting Lavamancer's Skill on his Morph, unmorphing the Wizard and shooting Jelger's Morphed Slateback. 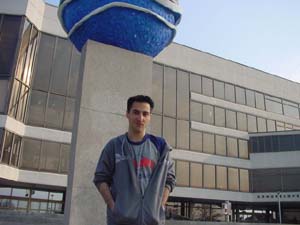 Jelger had a plan of his own though, and cast Akroma's Vengeance and a Stonewood Invoker who would be 7/7 every turn from now on if need be. Raph played a Daunting defender on his turn, but Jelger had better answers left in his grip, as he untapped and cast Dragon Roost.

"Very Funny Jelger... we all have a lot of fun" Raph quipped "but I'm still fighting!"

Raph attacked with the Defender while he had chance, then made a morph creature. Jelger untapped and cast erratic Explosion on the Morph, which traced itself back to hand. Jelger still had plenty of Dragon mana open and passed the turn. Raph recast the Echo tracer, to bounce Jelger's Dragon and put him down to 10 with the Defender.

"I can't believe I'm losing to that!"

Jelger attacked again unblocked with the Invoker, and made a Skirk Drill Sergeant leaving Dragon mana open. Jelger made a at end of turn, and attacked to put Raph to 9. Raph passed the turn again, and Jelger's 2nd Dragon joined the first, and the pair flew in for the Kill.

Raph decided to play first in game 2, and accused Jelger of having "Non-conventional weapons"

Both players kept their opening hands, and Jelger played the first creature, Skirk Drill Sergeant. Raph cycled a Renewed Faith at end of turn, but did not play a 3rd land and could only make a Starlight Invoker. He made his 3rd land on the next turn however, and played out a Cloudreach Cavalry in his Turn. Jelger played his 4th land and made a Goblin Taskmaster and a Morph creature.

Levy also found his 4th land, and attacked with the Cavalry to put Jelger at 17. Jelger attacked back, and when Raph blocked the morph with his Starlight invoker, Jelger flipped the Slateback.

Raph flew over again with the Cavalry to take Jelger to 14, and cast a Daunting Defender to help slow the ground beats.

Jelger attacked back and made no creature, Levy saw he had no white mana and made an Echo tracer, which bounced the Spitting Gourna after Jelger had unmorphed it, to put Jelger down to 9.

This time Raph blocked Jelger's Slateback with the Daunting Defender, and when Jelger re-cast the Gourna next turn, Raph pacified it, and attacked him down to 4 in the air. Jelger untapped, drew his card, cycled a Hystrodon and scooped.

Jelger went first in game 3 and opened with a turn 3 Morph, but Raph had made a turn 2 Invoker which was prepared to Block. Jelger made a second Morph and passed his turn without casting an Explosive vegetation.

Raph spent a little while thinking in his turn, and in the end played a Mountain and Harsh Mercy to kill both of Jelger's Morph Creatures.

Jelger untapped and played a Slateback which Raph answered with a Daunting Defender. Jelger attacked Raph down to 16 with the Charging Slateback, then cycled a Macetail Hystrodon and made a Starlight Invoker.

The Defender attacked back to put Jelger at 15, Raph then made a dive Bomber, increasing his aerial power from 3 per turn, to 5 per turn

Jelger once more attacked, and tapped out to cast Dragon Roost. 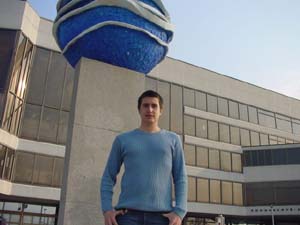 Raph got aggressive and swung with everything, putting Jelger down to 10, and then made an Ascending Aven.

Jelger missed the crucial 7th Land drop however, and cycled another Hystrodon to get the land he needed, and cast a Morph Guy that could Block on the Ground, to stop himself from dying before he made a Dragon.

Raph attacked for 5 in the air leaving his 2 ground based guys to block and Jelger at 5 Life. He backed it up with a Morph creature, which if an Echo Tracer, would win the game. Jelger attacked with his Slateback, and Raph traded it for the Daunting Defender.

Raphael's next attack left Jelger with a Choice to either Make a Dragon or gain 5 life... he chose to make a Dragon, and lost to the Echo Tracer.