As any Pro player can tell you, you can be the best in the world, but sometimes your skill can only take you so far. When the chips are down, sometimes you've just got to knock on your deck and hope you get lucky and draw the one card that can get you out. While there are lots of lucky players who always seem to get the right card at the right time, there's another, perhaps more important type of luck: the luck of the matchup. Viewed from that perspective, when playoff pairings were announced, many believed that Fukata's luck had run out. 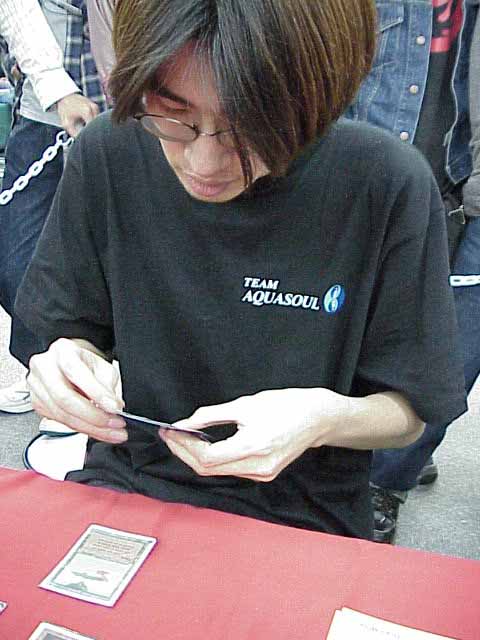 Morita had a less than optimum opening, making a Llanowar Elves from a Karplusan Forest, only to have them Shocked by Fukata. A few turns later, Morita returned the favor, using Flametongue Kavu to remove Fukata's Kris Mage. After taking one hit from the Kavu, Fukata played his own, but wasn't given any time to rest by Morita, who played yet another Flametongue Kavu. Fukata's remark about a "Kavu family reunion" elicited laughter from the crowd. Fukata conceded when Morita evolved the Kavu into a Shivan Wurm.

Betting that Fukata had nothing to deal with such a large creature, Morita brought in Rith from his sideboard along with some additional removal. Fukata brought in Ensnaring Bridge, his only way to deal with Morita's giant unhousebroken creatures, as well as extra removal of his own to take out mana creatures. 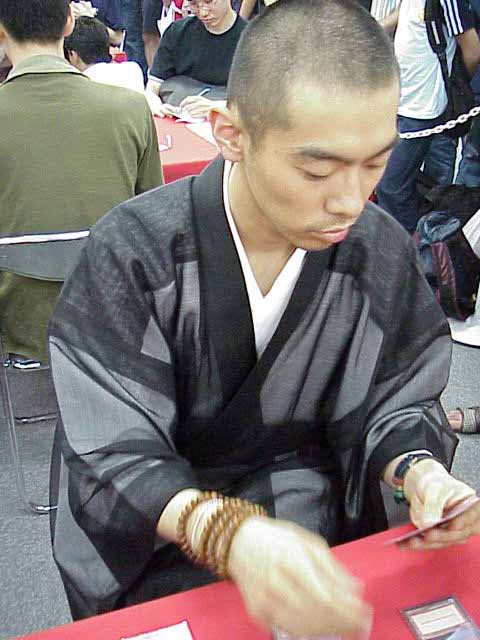 Fukata seemed to be off to a good start in the second game with a Mountain and two Ports, but stalled. On the other side of the table, beginning with a Blastoderm on turn four, Morita continued to build up and attack, finally finishing off Fukata with an Urza's Rage, thus advancing to the SemiFinals.