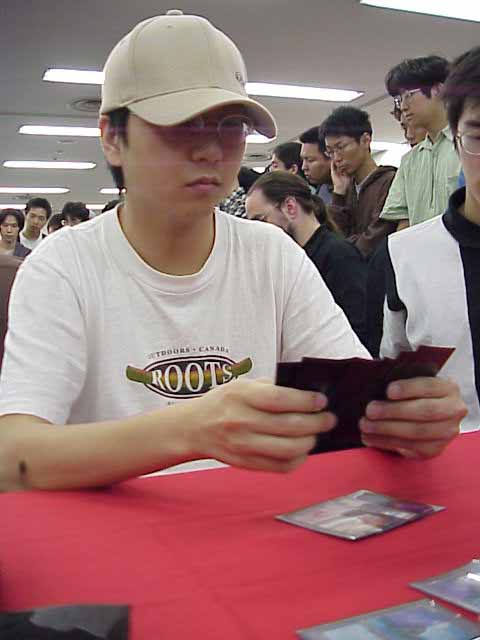 Both Kim and Usami are relative newcomers to tournament Magic, with this being their first major showing. However, they are no strangers to each other, as they are often seen playing in drafts at the Tokyo DCI Japan Tournament Center. Usami even joked that seeing Kim sitting across from him it felt more like a Saturday tournament at the Center than the National Championship.

Both players were content just to play lands for the first few turns of the game, but Usami missed the drop on turn five, while Kim drew a second Port. Busting out two Blazing Specters on successive turns, using his Ports to prevent any possible counters, Kim quickly took control of the game. Usami held out for a Recoil, but couldn't draw on and soon conceded. 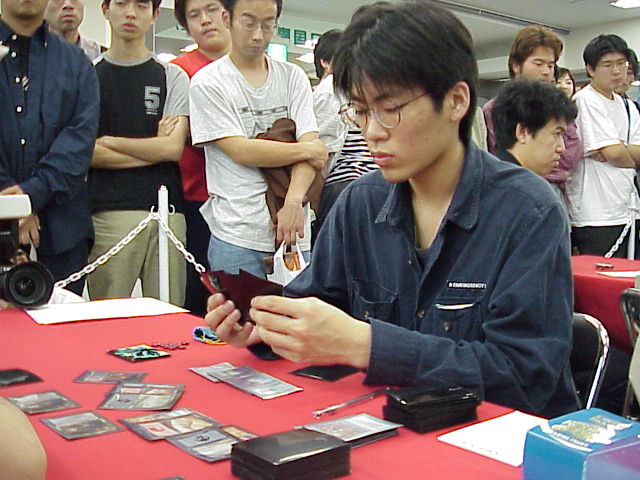 Both players chose to mulligan in the second game, but that didn't slow Kim down, who used Dark Ritual to produce a first turn Plague Spitter. Stuck at one land, Usami was shown no mercy by Kim, who Duressed away Recoil, Usami's only hope of quickly dealing with the Spitter.

Although Usami was able to show some resistance, eventually playing an Engineered Plague to slow the pain a little, Kim went for the kill by playing a second Spitter. Although they would destroy each other during his next upkeep, they would collectively deal 4 damage to Usami in the process. Extending his hand while shaking his head, Usami gave up, allowing Kim to proceed to the SemiFinals.