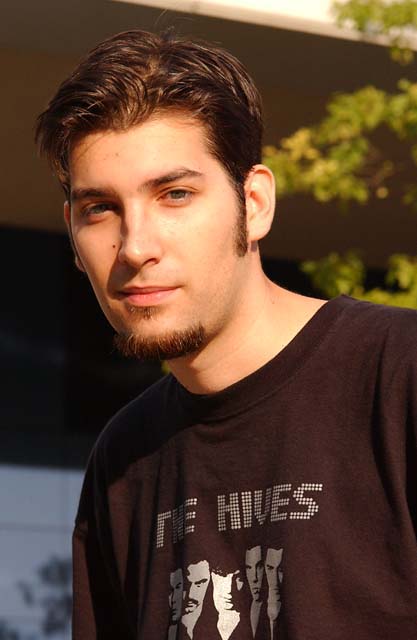 Mike "The Great Potato" Turian is one of the Pro Tour's fixtures. Having appeared at over fifteen Tour stops, he finally got his just desserts at New York in 2001 where he took the championship with Potato Nation. His appearance in the quarterfinals marks his first individual Pro-level Top 8. When asked how he felt, making Top 8 after barely missing it at U.S. Nationals, Turian smiled broadly, saying "it always feels good to Top 8, doesn't matter what it's before or after." Today he is playing a monored deck patterned after the one designed by Dave Price and Tim McKenna. His modifications are the result of playtest sessions with teammate Aaron Forsythe.

Andrea Santin of Italy has a less lettered career, with his best finish being at Rome in 1999. However, the twenty-two year-old university student has earned his place at this table. He smoothed his way to third place on a 13-3-2 record, defeating many of the game's greats along the way. He's playing a modified Merfolk-Opposition deck that packs a powerful sideboard.

Santin struggled to gain ground. His Waterfront Bouncer traded with one of the 2/1's only to see it replaced with Goblin Raider. His Merfolk Looter watched as he took four. He dug for answers, finding a Glacial Wall.

Turian was far from finished. Flametongue Kavu dispatched the Looter and let him bring the pain. Santin's last stand was Rootwater Thief and Lord of Atlantis. Turian peeled Ghitu Fire to deep-six the Lord. Santin's only comment before he scooped was "The top of your deck is being very nice to you." Said Turian, "I have no complaints."

Santin joked as he went for his board "Did you like my sideboard, or not?" Turian played coy, saying "Well, you've got a lot of sideboard cards."

Santin mulliganed and shuffled to a new hand. The two compared their strategies for the weekend, explaining why they played the decks that they did. It was interesting that even in such a high-pressure match these two remained their genial selves.

Turian was quick off the mark with two Kris Mages and a Shock for Santin's early Lord of Atlantis. Santin came back with Chimeric Idol, putting a stop to things. Turian made a Firebrand Ranger. Santin compounded his difficulties with Stinging Barrier. Turian made two Goblin Raiders, looking to swarm.

Santin wasn't done. He added a Glacial Wall to his team. The Stinging Barrier blocked and took down the Mage. Another Glacial Wall had Turian's demise written all over it. Static Orb seconded the sentiment.

The Orb wasn't too much in the way of either player, what with Turian unable to attack because of the Walls, and Santin happy to wait him out and play the long game. After a few uneventful turns, Santin drew into Merfolk Looter. Turian went for Flametongue Kavu and was stopped by an alternate-casting cost Thwart. He seized the day, firing off a Blood Oath. Santin had a Foil in reserve.

Now Turian had to hope that he hit his Urza's Rage mana before Santin found an Opposition. With Looter online, those were some long odds. Opposition came down, and within four turns Turian was completely locked. He checked Santin's graveyard one last time, and scooped. 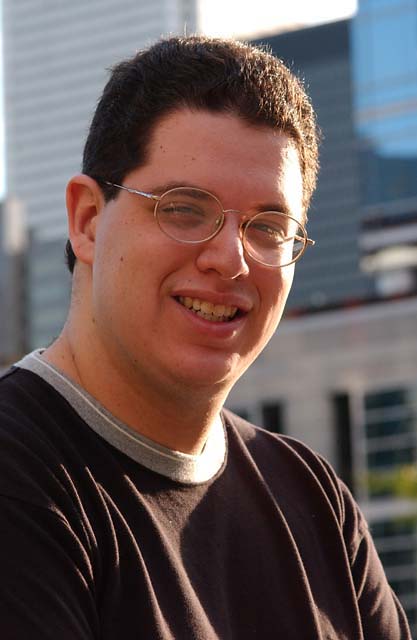 Both players kept their initial hands in game three. When Turian failed to produce a Kris Mage on the first turn Santin all but jumped for joy. Turian had some pressure, a pair of Firebrand Rangers, but missed his third land drop.

Santin brought out Chimeric Idol to run defense. Turian again failed to find a mountain and was thus unable to swing and Rage the Idol. Santin took the opportunity to make a Stinging Barrier. The Ranger took down the Idol with help from Ghitu Fire, but a Glacial Wall was hired to fill its position. Turian was unable to break through his defenses. Santin dropped Opposition.

Stinging Barrier and Chimeric Idol joined the party. Santin's hands were visibly shaking as he realized he was running away with the third game. With Turian still stuck at three lands he was given plenty of time to come up with Static Orb. He only needed to keep Turian locked for three turns before they were on to game four.

Santin mulliganed to begin game four, but Turian was slow out of the gates, putting just a Seal of Fire into play by turn three. Santin busted out Lord of Atlantis and Glacial Wall only the see the former fall to Flametongue Kavu.

Still, he had a second Glacial Wall back, what's the worst that could happen? Turian sent his Flametongue and Santin blocked. A second Flametongue took out the Wall.

"Oh my," he said, shaking his head in amazement "Sure thing."
When Turian followed it up with Chimeric Idol and Goblin Raider, Santin waved his arms in mock excitement. He picked up his cards in mute disbelief of Turian's amazing draw.

Santin's eyes widened as he looked at his opening hand for game five. He sighed heavily, but eventually chose to keep. He made a Lord on the second turn. Turian found a Port and passed it back. Santin swung for first blood, but had no further play.

Turian made a Chimeric Idol only to have it Repulsed. Santin was desperate for a fourth land and found it off the cantrip. Turian replayed it and cast a Kris Mage. Santin tapped out for Opposition. Turian untapped and played Seal of Fire. Santin responded by tapping Kris Mage, and the Lord was blown away.

Lava Runner joined Turian's side and he swung for five. Santin tapped out for Static Orb and Lord of Atlantis. Turian chose to untap his guys and brawl for five a second time. Santin tapped the Orb, untapped, and dropped an Idol of his own.

Since Turian's hand held no burn, his world was rapidly crumbling. Santin kept his Idol locked down and drew into Glacial Wall. From there the path to destruction was short and brutal. Turian's last hope, a Kris Mage for the long haul, was Thwarted. He extended his hand in congratulations. Santin's fans cheered from the gallery.