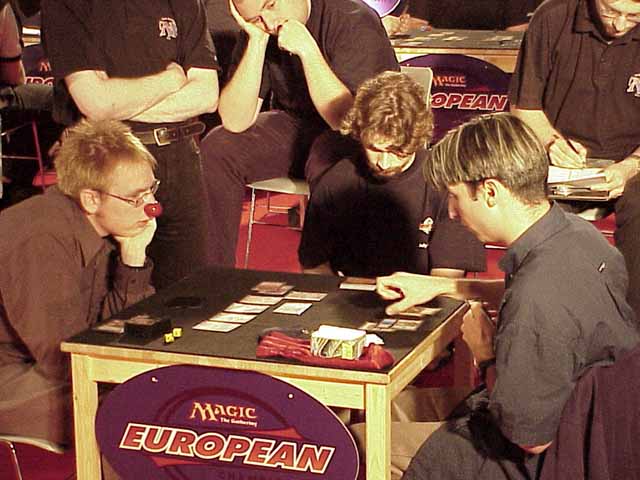 This match-up is heavily in favor of the Frenchman's Replenish deck, the four Frantic searches in the main and Chill in the sideboard being a veritable problem for the ports and 3 and 4 casting cost spells respectively. The 2 Daze also turned out to be match savers. Johan has 2 Boil and 2 Flashfires which might prove useful, and 2 Scald which aren't actually that great because burning will not be as large an issue as early land destruction.

Things even started off badly for Franzén when his 10 on a d10 was matched to determine who starts (very important for the red deck to win this). He then lost the re-roll and proceeded to mulligan down to six after Levy had elected to play first, sticking with his second hand which contained no colored mana sources. 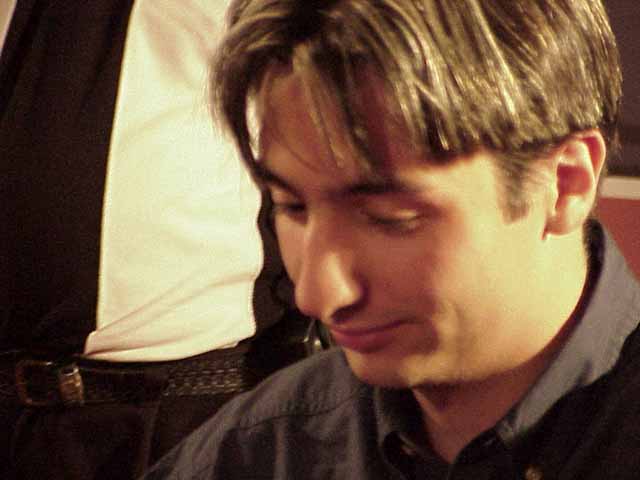 Raphael, having kept quite a nice 3 land hand, lays an Island, then a Port on his second turn and ports Johan's Dust Bowl in his upkeep, who lays a second Dust Bowl with Port in hand. No turn 3 Attunement for Levy, so he ports a Dust Bowl in his opponent's turn and Enlightened Tutors for one after the Swede lays his own Port. Despite having a land tapped in his upkeep he drops his fourth and lays the Attunement. In desperation Johan Dust Bowls a Port in his main phase. Raphael then Attunes in his turn and bins 2 Waves, a Seal of Cleansing and a Wrath of God, lays another land and relays the Attunement having chosen not to cast Replenish yet. All Johan can do is lay a second Port and say go. Knowing that he cannot play Replenish without a Frantic, Raph still Tutors for an Opalescence and attempts to float mana in his upkeep in the hope that he will Attune into the Search - this fails so he burns for 1, but manages to bin the Opalescence, Wave and Attunement (he also has to discard a Replenish - keeping one in hand). The Attunement is replayed and a fifth land is dropped.

In his next turn his opponent still only has two Ports to disrupt him, but Raphael has five land. This time he does draw a Frantic off the Attunement, the Replenish is played and a Plethora of mean things hit the table, most importantly - 3 Waves!

In his last turn Franzén put up a good fight with two Cave Ins and a Shock, but the Frenchman knows how to play with three Waves properly (three are required for an infinite loop) and saves all his enchantments. I would go through the motions, but to be honest it would be difficult without visual aids. Those of you who understand can pretty much imagine what happened (Raph got it right) and those of you who don't - well - Raph got it right.