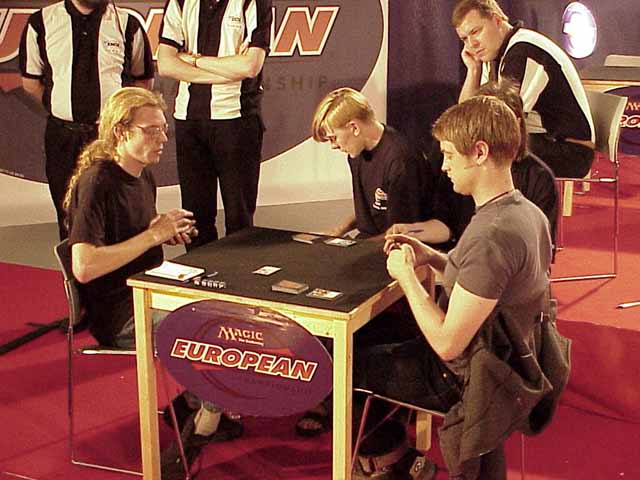 This top eight match sees Joost Winter of the Netherlands against Rickard Österberg. Both players have variants on the popular Control Blue archetype, with Joost playing Magpile, and Rickard playing Accelerated Blue.

Magpile uses the card drawing power of Thieving Magpie along with a lot of Counterspells to control the game. Joost's version is also running four Accumulated Knowledge, as these are good in the long games that his deck expects. Accelerated Blue is slightly different, it runs a lot less Counterspells, and is a much faster deck, using Grim Monoliths to facilitate the quick casting of a Morphling or a Masticore. The match-up between these two decks is fairly even, with a lot coming down to drawing plenty of lands to counter.

Rickard goes first in game one. It rapidly becomes apparent that his draw is better than Joost's, as Joost stops laying land on turn four, while Rickard plays land for the first eleven turns, along the way casting Opportunity, which is opponent is unable to counter due to his lack of mana sources. Rickard uses Dust Bowl to continue to control Joost, destroying Rishadan Port firstly, and then a Faerie Conclave. 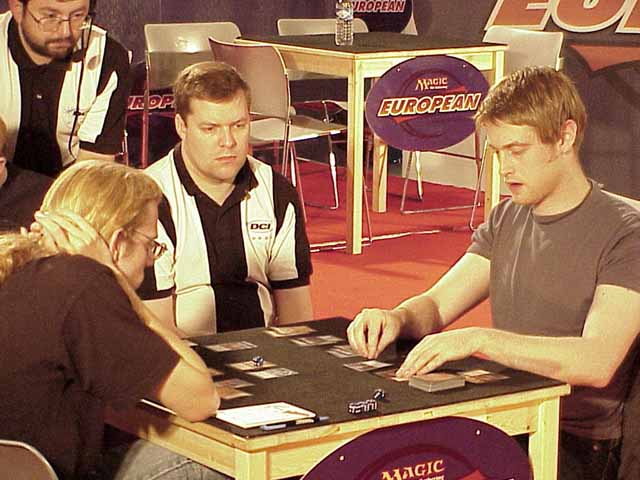 Two turns later, Rickard attempts to cast a Morphling. Joost is still very low on land, and his Thwart taps him out, leaving him open to a Daze. Desperate measures are needed, and he discards two cards to try a Foil. However, Rickard has a Thwart of his own, returning three Islands to cast it. Joost doesn't have any more Counterspells available, and after four quick attacks, the players move on to game two.

Neither players sideboards are fantastic in this match, Rickard takes out Treachery and Masticore, which are very poor here, as his opponent's only creatures are Morphlings, and also Daze and Miscalculation. He brings in Seal of Removal, which isn't that great itself, and the more useful Annul and Morphling. Meanwhile, Rickard also takes out his Treachery and Masticore, and he brings in Stronghold Machinist, Annul, and Scrying Glass. It seems that the sideboard cards which Rickard has are more helpful in this blue-on-blue game. 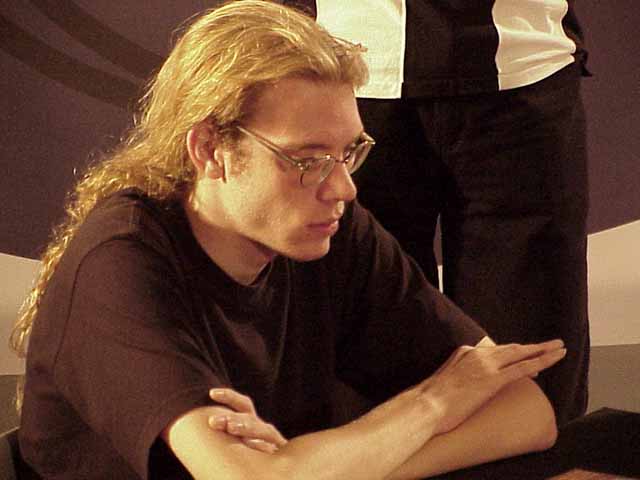 Game Two Joost decides to let Rickard go first, which is fortunate as he elects to keep a one land hand. Some good topdecking by Joost allows him to play nine land in a row ! The first real activity is when Joost wins a small Counterspell battle over a Thieving Magpie. In Rickard's next turn a larger Counterspell battle occurs when a Treachery is eventually countered, Joost's three counterspells triumphing over Rickard's two. Unfortunately Joost had to Thwart twice, and so he is unable to take advantage of his card-drawing engine, replaying his Islands and discarding each turn. Rickard is drawing cards just as rapidly with a pair of Opportunity netting him eight cards.

This means that he is able to force a Morphling into play, which starts attacking and reduces Joost to four by the time he gets his own out. The Morphlings force a temporary stalemate while Rickard gets through a further three points of damage with a Stronghold Machinist, Joost being forced to block the Morphling each time. A Seal of Removal deals with this, but Joost's card drawing throughout the game is costing him, as his Thieving Magpie and multiple Accumulated Knowledge have reduced him to ten cards in his library. Unable to deal with the Morphling he is forced to concede shortly afterwards, with only two cards left in his library. This shows that Joost doesn't have that many real threats in his deck- he only has one Morphling, and his Thieving Magpies can easily be dealt with Rickard's Morphlings.

Game Three sees Joost going on the offensive with a Faerie Conclave, and countering the Powder Keg which Rickard hopes can deal with it. Joost adds a Thieving Magpie to the board, and the two flyers bring Rickard down to five. Rickard's problem here is that he didn't draw enough Counterspells to deal with all Joost's threats. Even a Morphling isn't sufficient to save Rickard, as he has doesn't have enough mana to give it flying, and Joost has a Seal of Removal for it. 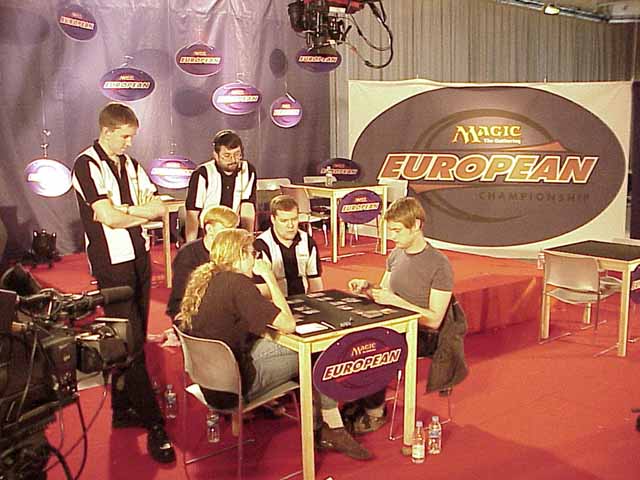 Game four sadly is a bit of an anti-climax. Joost plays first and can only get to two lands. Rickard has a Rishadan Port, and forces through a Morphling. The game is virtually over already at this point, Rickard has a Dust Bowl as well which he could use on Joost's two non-basic lands. A Powder Keg isn't quick enough to help, and the Morphling reduces Joost to zero, with still only three counters on it.

It seemed that the main reason Rickard was able to win was Joost's mana problems in games one and three, and the fact that his deck just doesn't have that many threats at all.