The Return of Team Belgium

t last year's World Magic Cup, Team Belgium was one of the early favorites. The Belgian squad featured a full complement of players with Pro Tour experience: Vincent Lemoine, Marijn Lybaert, Peter Vieren, and Christophe Gregoir. Nevertheless, despite their experience, they didn't manage to win enough matches to lock up a Day 2 berth.

But that was last year. This year, two of the players from last year's team – four-time Pro Tour Top 8 competitor Marijn Lybaert and Pro Tour Paris 2011 semifinalist Vincent Lemoine – found their way onto the Belgian team once again, and they were looking for redemption. I sat down with them and asked whether they had identified any mistakes from last year that they had tried to avoid this time around.

"Last year, we were overconfident," Lemoine answered. "We concentrated too much on the Day Two formats and didn't spend enough time on the Day One formats, expecting that we would cruise through Day One anyway. That was a mistake. This year, we didn't underestimate the other teams, and we re-allocated our preparation efforts. We only practiced M14 Team Sealed, the Limited format for Day One, and disregarded Return to Ravnica Team Sealed, the Limited format for Day Two." 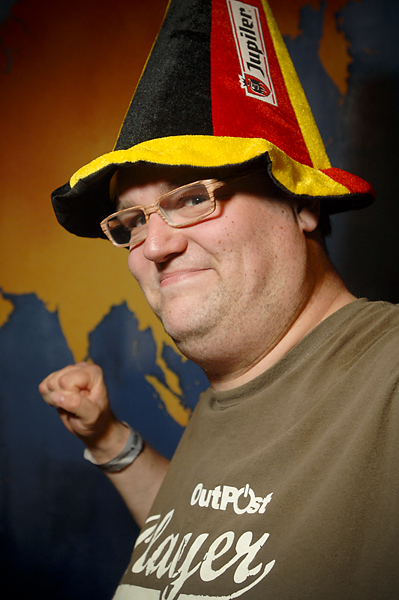 Belgium team captain Vincent Lemoine has returned to the World Magic Cup, and this time, the team feels ready for Day One competition.

When asked whether there were any other differences between this year and last year, Lemoine was quick to point out that they in today's tournament, they get to play as a team all the time. In contrast, last year the players had to play their matches individually. "I really like that you can play as a team and stay together," Lemoine said.

"Another difference is that this year we speak a lot more in French, whereas last year the main language was Dutch," Lemoine mentioned, referring to the bilingual nature of Belgium. "Last year, there were three native Dutch speakers on the team, and I adapted. This year, the team had three native French speakers, and Marijn adapted." Fortunately, Marijn's French is good enough, and the team was able to communicate effectively.

Lybaert chimed in with his thoughts on the Team Unified Standard deck configuration puzzle, another completely new aspect. "The problem is that you can play two good decks, such as Blue-White-Red Flash and Red-Green Aggro, but then it's a matter of finding the best 'bad' deck in the metagame. We went with Golgari Midrange, but after playing four rounds with that deck, I would not advise anyone to play it. I just drew thirteen cards by sacrificing a 13/13 Desecration Demon to Disciple of Bolas, and I still had trouble winning the game. I also regret running Scavenging Ooze with only ten green sources; it's not enough."

Although Lybaert's deck didn't perform for him, the decks of his teammates did, and Team Belgium found their way into the Day Two pool play.