Round 1 Feature Match: Hearts of Silver

The last time Antonino De Rosa and Luis Scott-Vargas (LSV) played against each other was in the quarterfinal of U.S. Nationals in 2006. At the time, De Rosa was one of the top American Pros and a heavy favorite to win the event, while LSV was virtually unknown outside of the Magic Online community.

LSV managed to pull off (what was then considered) a stunning upset, defeating De Rosa, and ultimately earning himself a spot on the U.S. National Team. 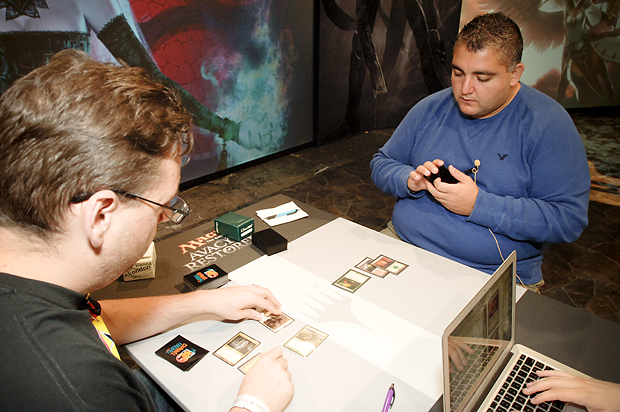 The last time Antonino De Rosa and Luis Scott-Vargas played was in the 2006 U.S. Nationals, where LSV claimed victory. Will history repeat itself?

Seven years after their last match, their roles have been reversed, with De Rosa now playing the role of the underdog against the utterly dominant LSV.

LSV opened on Avacyn's Pilgrim, Silverblade Paladin, and Mayor of Avabruck, while De Rosa found himself stuck on only two lands, dying before he got the chance to play a single spell. 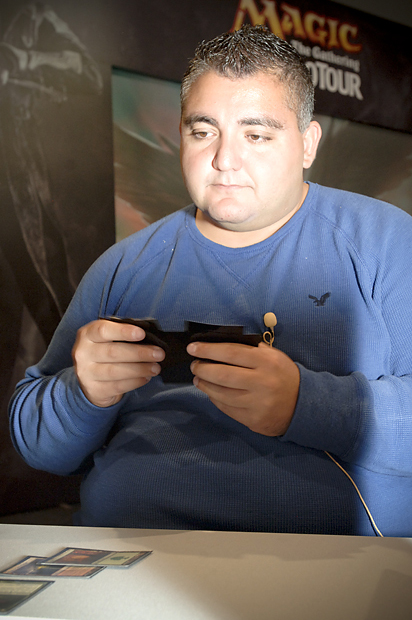 De Rosa began the second game with a Scorned Villager, while LSV got off to another fast start with his White-Green Humans deck, playing a Champion of the Parish and a Avacyn's Pilgrim.

A miraculous Bonfire of the Damned wiped LSV's board, and Huntmaster of the Fells plus Wolfir Silverheart allowed De Rosa to even the match up at one game apiece.

LSV took a mulligan, but he was able to get off to quick lead with two copies of Avacyn's Pilgrim, Champion of the Parish, and a Slayer of the Wicked (which took out De Rosa's Scorned Villager). 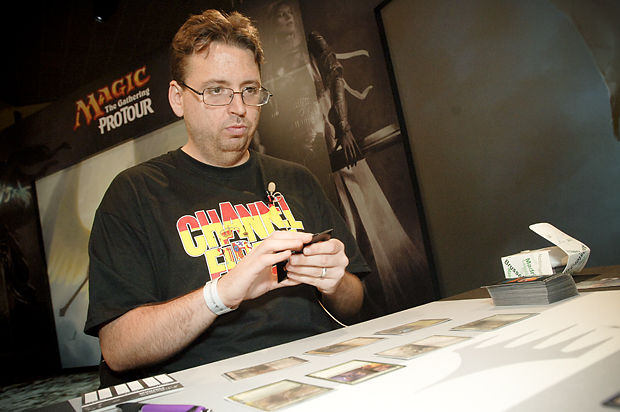 "LSV starts the game out with a lead..."

However, that lead would prove to be short-lived as a Fiend Hunter, a Huntmaster of the Fells, and a Garruk Relentless allowed De Rosa to take over the game.

A Fiend Hunter of his own bought LSV a bit of time, but a Wolfir Silverheart and a Huntmaster of the Fells were more than enough for De Rosa to pull off the upset against the captain of team ChannelFireball.

3 Sigarda, Host of Herons 1 Gisela, Blade of Goldnight 4 Huntmaster of the Fells

4 Cavern of Souls 3 Sigarda, Host of Herons 1 Gisela, Blade of Goldnight 4 Huntmaster of the Fells 3 Bonfire of the Damned 4 Garruk Relentless 2 Tree of Redemption
74 Cards