Round 10: David Price vs. Daniel Mandel 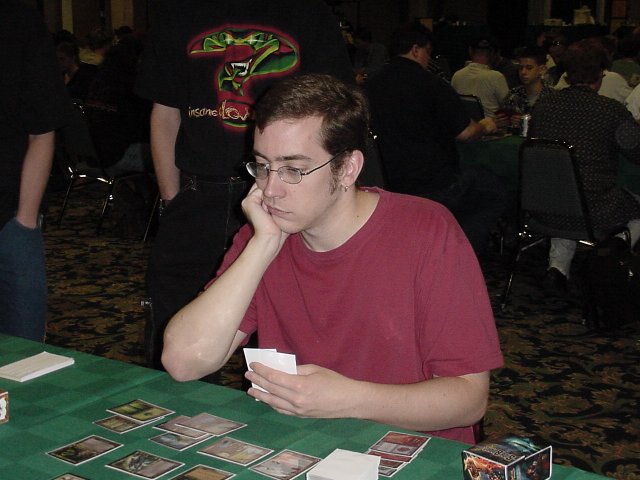 David Price played Daniel Mandel in the tenth round of GP Denver. Both players held 8-0-1 records, tied for the lead.

Price is a well known pro player who has qualified for nearly every pro tour in history. Many of these qualifications have come through qualifiers and not the gravy train. He is well known as the king of the qualifiers. Price once again found himself unqualified for the PT. He hoped to qualify today at the GP and seemed right on track to accomplish just that. Price won the Tempest Block PT in Los Angeles three and a half years ago. For this tournament Price chose to play a green-blue-red beatdown deck much like the one Ben Stark used to qualify with last week in Toronto. Price's main difference was adding Prophetic Bolts.

Mandel is quickly establishing himself as yet another solid player from Boston's Your Move Games. He has had a solid recent history on the GP circuit. Mandel played a blue-green-white Pheldagriff deck. Unlike many of the popular versions of the deck, Mandel chose not to play Eladamri's Call. He also added Rushing River to the deck.

Game one saw Price unable to get a solid beatdown early. Most of this was thanks to a Meddling Mage by Mandel on Gaea's Skyfolk. A Fire/Ice, Prophetic Bolt, and Urza's Rage later the Mage was finally in the graveyard, but it was too late for Price. Mandel played a Pheldagriff and seized board control for the rest of the game. Next he played Fact or Fiction getting two Meddling Mages which he used to lock out Repulse and Prophetic Bolt. This allowed Mandel to have two Pheldagriff to finish off Price. 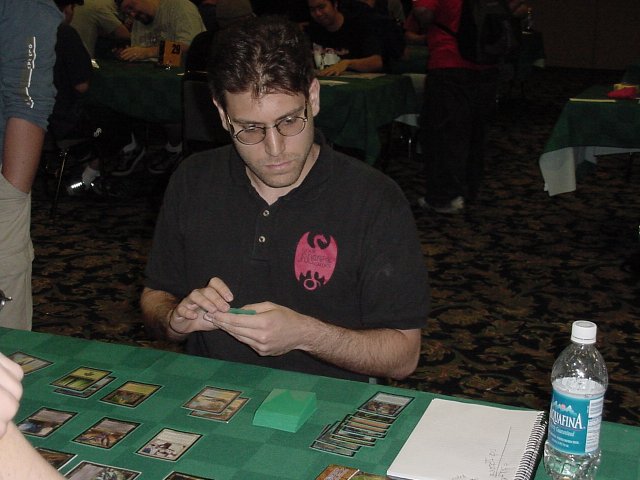 Game two saw Price get manastalled. He stayed on two lands for two more turns than he would have liked. Mandel meanwhile locked up the ground with a Sunscape Familiar. Price's slow start left him trying to burn Mandel out, a difficult thing to pull off with his deck. It became far less viable a strategy when his Prophetic Bolt got countered by Mystic Snake. Price lost the counter war for his Gaea's Skyfolk, his only relevant beatdown at this point. Next Mandel won a counter war over a Pheldagriff and this proved game winning. Price was left with his last weapon and that was intimidation. Mandel was out of counter magic after he played his three Snakes that game. He was trying to race with Pheldagriff but if Price held a Repulse he would lose the game if he pumped it too much. Price had actually sided out his Repulses. Price tried to go for the win with his extra time, but he couldn't quite draw enough damage to threaten Mandel. Eventually the Pheldagriff finished Price off by flying over all of his blockers.