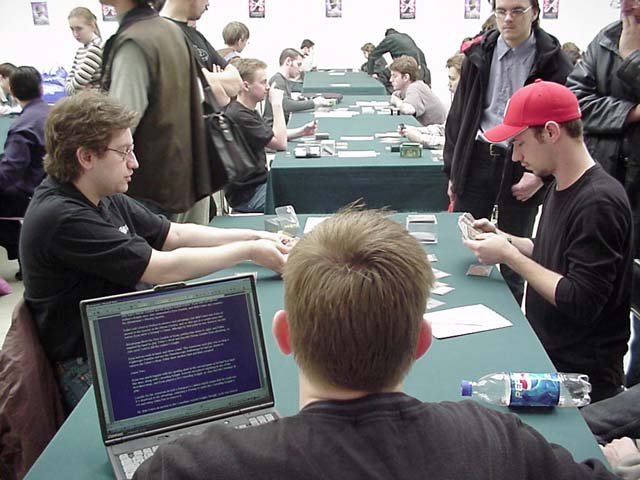 Ryan had to take a mulligan going first in game one, which certainly wasn't the first time he had been forced to do so in this event. His second hand was a little better, though, and he began with a second turn Galina's Knight.

Alex had a Shivan Zombie and the players traded a blow. Ryan held off with his Galina's Knight once Alex summoned a Pyre Zombie, and didn't have any counters for Shvartsman's Blazing Specter.

Fuller cast a Fact or Fiction to retrieve card advantage, but didn't have any form of answer to the Specter or the Shivan Zombie, and so Alex got in a couple more hits before Ryan drew a Dromar's Charm, although by that point he was down to ten life.

Shvartsman threw his Pyre Zombie at Ryan, putting him down to eight, and Fuller emptied his hand to play Teferi's Moat and stop the Shivan Zombie from attacking, so Alex used Void to kill the Galina's Knight.

Ryan had no cards in hand, and drew a land. The American's next play was to drop a Nightscape Familiar and use the Thunderscape Battlemage he had just drawn to remove the Teferi's Moat. Fuller drew another land and then scooped. 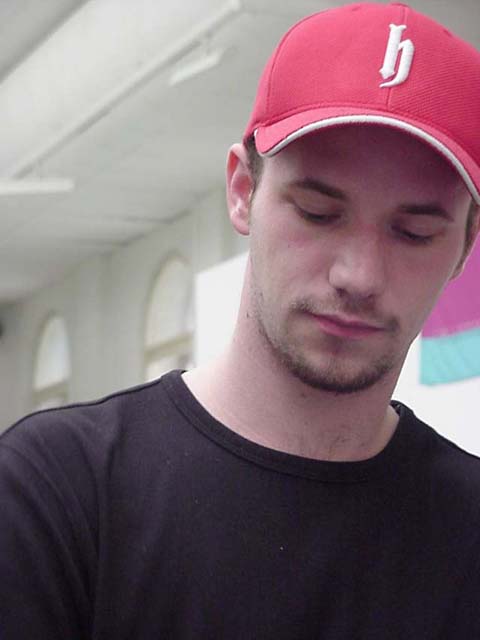 Ryan was much happier with his opening draw in the second game as he had four land this time, along with Crusading Knight. Nobody had played anything in any of the first three turns, and Ryan played a 4/4 Crusading Knight, as Alex had two Swamps in play.

Luckily for the American he had a Darigaaz's Caldera which meant that he could use it's drawback to his advantage, returning a Swamp to make the Crusading Knight a 3/3 and using Ghitu Fire to remove it.

He didn't have an answer to the Canadian's second Knight, though, so he was forced to play a Nightscape Familiar and wait a turn before using the Fire in his hand. Ryan took advantage of this pause to Lobotomy Alex's Ghitu Fires - he had two in hand which left him with none left to draw.

Alex played his Swamp again, making the Knight 4/4, and played two Thunderscape Battlemages with kicker in consecutive turns to try and double-block. This attempt meant that when Ryan's Fact or Fiction revealed a Dromar's Charm, Alex put it in a pile by itself.

Unable to attack with the Knight now it could be killed, Ryan held back and played a Teferi's Moat to stave off Alex's Shivan Zombie. He then drew his third Crusading Knight, and happily traded the one in play for the two Battlemages.

Alex had no ways left to hold off the Knight, and had to scoop two turns later.

Before starting the third game, Alex went to his sideboard again, and took out the Planeswalker's Scorns that he had drawn but had been completely useless. He chose to play first but had a pretty slow draw, also without a Swamp. 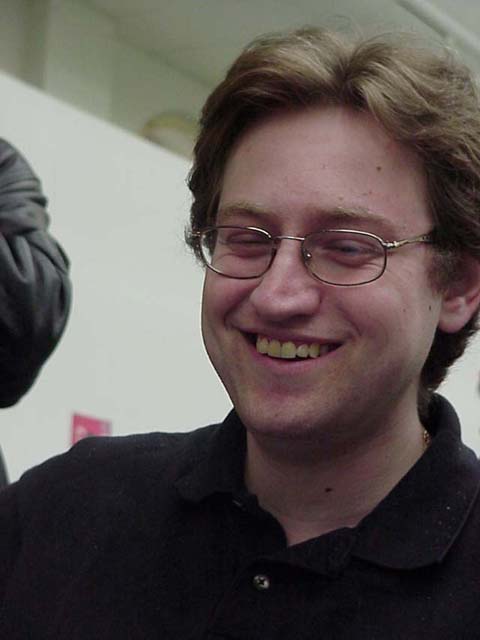 He hadn't drawn one by his fifth turn, so he had to cast a Thunderscape Battlemage without kicker and look on as Ryan improved his hand with an Opt, then a Fact or Fiction.

Alex's attempts to play a Skizzik were Absorbed, and he still didn't have a Swamp. Even though his Thunderscape Battlemage was the only creature on the playing field his position seemed almost hopeless as Ryan cast a second Fact or Fiction, then Lobotomized his Blazing Specters.

Ryan allowed himself to be beaten down to thirteen before using Dromar's Charm to remove the Battlemage, and cast a third Fact or Fiction. He finally played a Galina's Knight, and when Alex finally drew a Darigaaz's Caldera to produce black mana, Ryan Absorbed it to go back up to 14, and found a Yawgmoth's Agenda with his fourth (!) Fact or Fiction. Unfortunately for him, despite the fact that he could now counter every spell Alex cast due to his many Absorbs and Dromar's Charms in graveyard, time ran out and he was unable to kill Alex within the extra turns, since his Crusading Knight was only 2/2, due to Alex not having played a Swamp in the entire game