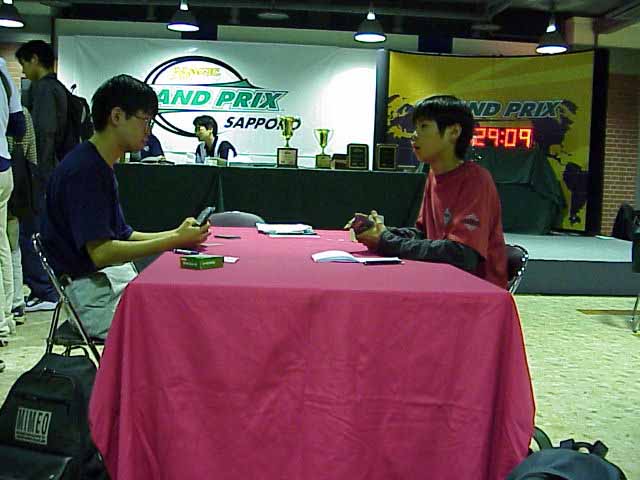 Going into round ten, Kiyoshi Sasanuma was in second place. His opponent, Katsuhiro Mori was in seventh place. Both players were eager to end the last round of the first draft with a win, which would give them a strong chance of making top 8.

Japanese efficiency was demonstrated as a deck check was performed on the players in less than 3 minutes. Both players passed the deck check and Katsuhiro won the "Rock, Paper, Scissors" game, electing to play first. He opened with Chimeric Idle and Lightbringer whilst Kiyoshi played Diplomatic Escort and Stinging Barrier. Katsuhiro took the surprise factor out of the game by dropping Wandering Eye, which forced both players to reveal their hands. 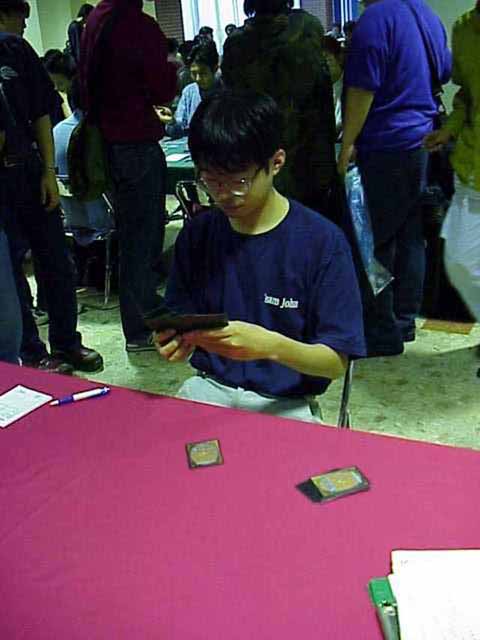 Katsuhiro declared himself as the aggressive player when he attacked with all his creatures for two turns. Kiyoshi managed to erect some sort of defence in the form of Saprazzan Breaker and Windscouter. In response, Katsuhiro bolstered his attacking team with Living Terrain. The Terrain was sent over in Katsuhiro's attack phase and group blocked by the Saprazzan Breaker and Windscouter. The Windscouter and Living Terrain hit the graveyard after damage was resolved.

The balance of the game totally reversed when Kiyoshi played his second Stinging Barrier. Over the next few turns the two Barriers combined to remove most of Katsuhiro's creatures. Kiyoshi finally became more aggressive and three attack phases later Katsuhiro scooped.

Game two was all Kiyoshi. Waterfront Bouncer, Seal of Removal, Ribbon Snake and Ribcage Spider were all highlights of Kiyoshi's first few turns. Katsuhiro again played Wandering eye as well as a Vine Trellis in his first few turns. Even with the power of the Waterfront Bouncer and Seal of Removal, Kiyoshi's defensive playing style held him back from attacking. 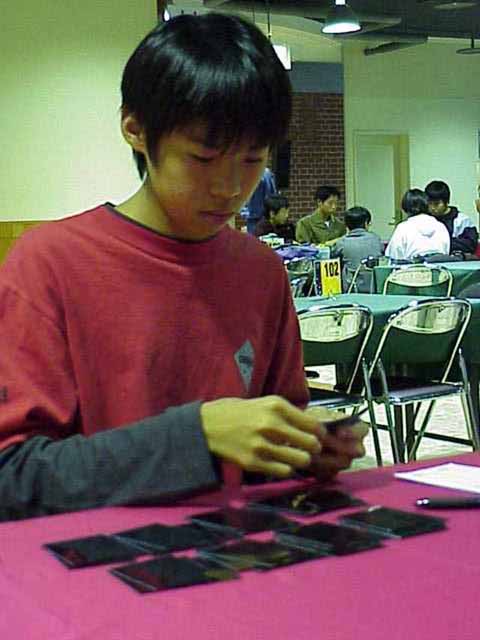 When Katsuhiro dropped a Stormwatch Eagle and then drew and played another Stormwatch Eagle it looked as if his luck was changing. A Thresher Beast joined Katsuhiro's side whilst Kiyoshi played a Silt Crawler and Windscouter. The game was heading into a stall situation, where the aggressive player wasn't in a position to attack and the control player wasn't in complete control. Kiyoshi's next draw phase proved vital as he drew and PLAYED his Tidal Kraken. Katsuhiro was scooping a turn later.