Round 10: Itaru Ishida vs. Satoshi Nakamura 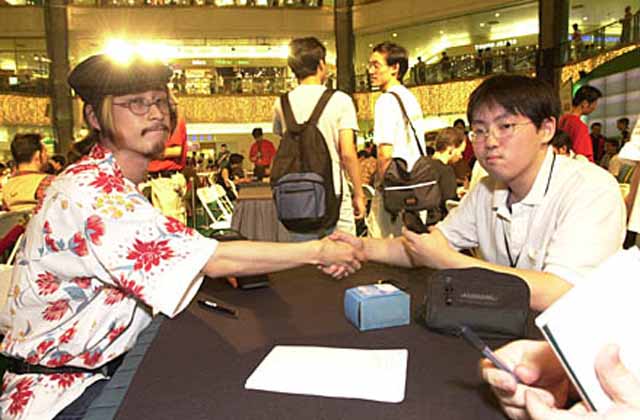 Among the 6-3 players who were hoping to put together an afternoon run were a pair of Japanese stars who met in a round 10 feature match: 1998 APAC champion Satoshi Nakamura and PT regular Itaru Ishida.

Nakamura is running Squirrel Prison (more or less) while Ishida is playing Ponza. Nakamura won the die roll and had about the best start you can possible have against Ponza: Bird of Paradise, Yavimaya Elder, Yavimaya Granger. Then Ishida got his third turn 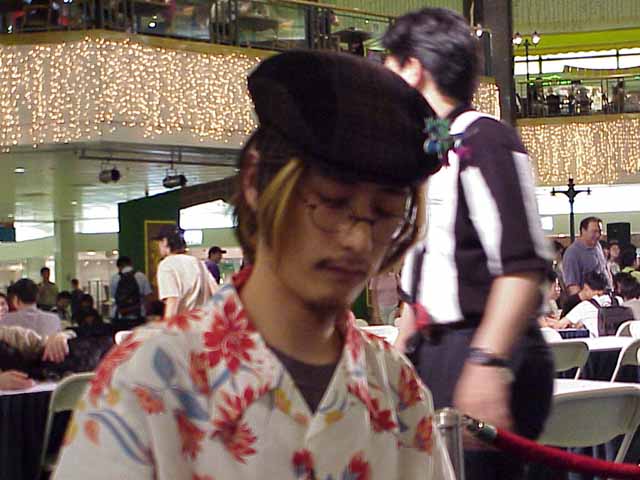 and could start blowing up land. Nakamura had so much land that he just kept attacking with the Elder and eventually Ishida was forced to sweep the board wit an Earthquake for two. Ishida then played a Lightning Dragon, but Nakamura stole it with Treachery (it then died when Nakamura couldn't pay the echo). One Rising Waters later, Ishida was in prison, unable to do anything. Three attacks with a new Granger later, Ishida conceded.

Ishida's game two draw was fairly weak. He couldn't kill a turn 1 Bird and he couldn't blow up a land on turn 3 either. He did have 2 Ports, which slowed the game down a bit, but when he was forced to use Cave In, Nakamura got two lands and a card from his Elder. Nakamura once again stole Lightning Dragon with Treachery to stop Ishida's offense. Ishida did manage to use one Earthquake to kill two Blastoderms, but he couldn't deal with River Boa and Nakamura quickly won the match, moving to 7-3 overall. 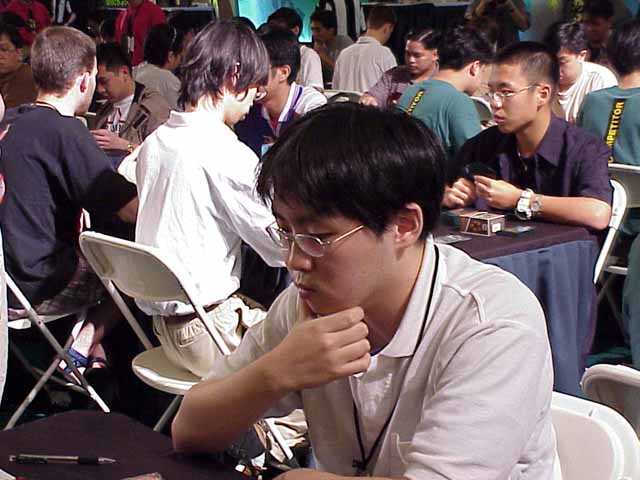