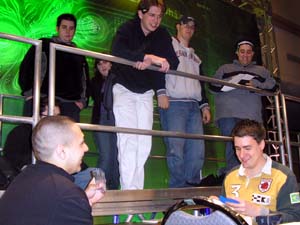 Why are these men smiling? Elimination stares them in the face!

Welcome to the 74-card mirror match. The 3-Color Control deck that most of TOGIT and the Dutch are playing is Limited Expert Richard Hoaen's design, and was a late adoption by the half of the superteam that did not run Snakes at this tournament. As part of the rapidly diminishing field, there's a good chance that one of them will drive the deck directly into Sunday's Top 8 matches.

The early game for these two is all about mana ramping and color smoothing, which is indicative of most decks in the format. Jelger started off with a Genju of the Cedars, mana snakes, and then Time of need for Kodama of the North Tree. Gerard had a similar start, except he threw an Umezawa's Jitte onto the back of his mana snake, and bashed a bit before clearing the board (including a fresh Yosei from Jelger) with Final Judgment.

Another Yosei magically appeared from Wiegersma, while Gerard put his own Genju to use, tossing Jitte on it and pushing the mean green into the red zone for four. Jelger let the Genju through, choosing not to block with Yosei and dropping to 14, but the attack left Gerard tapped out, making him a ripe target for Hokori -- which Jelger played directly after dropping Gerard's life to 9. The TOGIT member was forced to remove three counters from Umezawa's Jitte at the end of Jelger's turn in order to avoid giving the Dutchie a huge advantage.

On Fabiano's turn, he activated his Genju and hit Jelger for 10, adding two more counters to his Jitte in the process -- just enough to keep Wiegersma from killing him this turn. After that he played his sixth land and enchanted it with a second Genju. This play forced Jelger to sit back and play defense, while Gerard pressed his advantage by playing a Kodama of the North Tree. Jelger thinned his deck with a Kodama's Reach and then activated his Sensei's Divining Top to draw one more card, hoping it was Yosei. It was merely a Plains and it was off to Game 2. 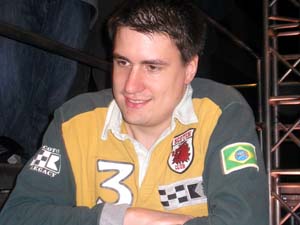 "Genju's are so good in the mirror," Gerard said. "We should have like two more of them in the board, just for this type of matchup."

Jelger drew first blood in Game 2 by attacking with a Genju and Sakura-Tribe Elder on turn three, while Gerard played with his Top for a turn before casting an Elder of his own. A North Side for Jelger followed by Meloku left the TOGIT member just a turn behind the whole time, and it was on to Game 3.

The rubber match felt almost exactly like the previous two games, where all the plays seemed to be Tops, Snakes, and Genjus early, but Fabiano changed the pace a bit with a Hisoka's Defiance on Jelger's Kodama's Reach, and then resolved a Reach and Jitte of his own.

Jelger beat for four with his Genju, but Yosei appeared on top of Fabiano's deck (courtesy of the Top), and suddenly Jitte had something to attach to. That lasted for all of a turn, as Jelger cast Jitte to destroy the one on the board and then Time of Need for Yosei. Wiegersma was still a white mana short of Yosei on his next turn though, so he had to settle with tossing Meloku onto the board.

Gerard's Top again served up something to crack the mirror, this time in the form of his own Clouded Legend which kept him one step ahead of the Dutchman as he continued to dig for one last white mana. That happened the next turn and suddenly the entire board was tapped and not going anywhere for at least a full round of turns.

Another Meloku and Kodama's Reach were the plays from Fabiano when the game returned to action, earning a bit of a frown Wiegersma, though the attitude throughout the game thus far was very friendly. An attack from Meloku and an illusion bearing a Jitte dropped Jelger to 6 and things looked very grim for the Dutchman. He needed his deck to serve up Final Judgment or he was finished. 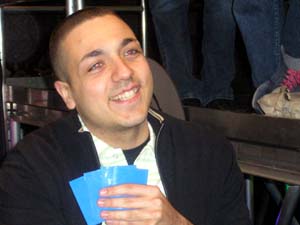 Now he has a reason to smile.

That's exactly what Sensei's Magical Time-Wasting Thawing Glacial Pace of Play Top did, and the board again reset. Fabiano Topped himself, leaving Hisoka's Defiance waiting in case Jelger cast something juicy on his turn. Fabiano also put North Side into play, which would certainly end things in a hurry, provided it could make it past Jelger's Genju.

"Was it really?" asked the New Jersey native.

"No, of course not. Jitte his Genju, you donkey, and Kodama of the North Tree lives."

"Ohhhh. Yeah, I should have thought of that."