Round 10: Kenichi Fujita vs. Mike Long 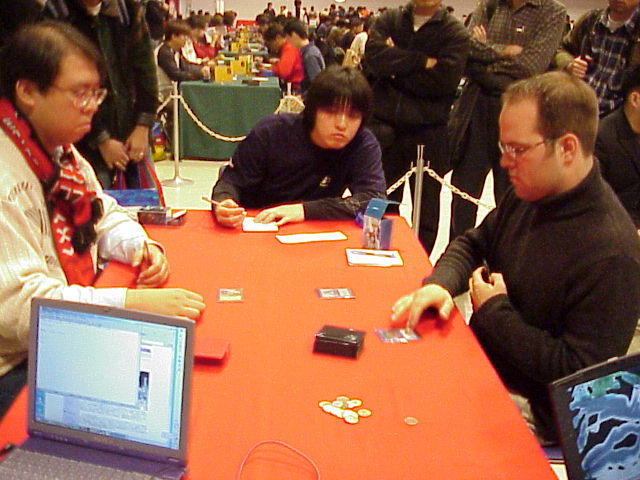 In a battle of the Pro Tour Graybeards, veteran Mike Long squared off against Japan's ancient Kenichi Fujita. Both of these players have been playing competitively since the dawn of time, so experience will not be an issue. Long is playing a tweaked version of Alan Comer's Miracle-Gro deck, while Fujita is with Junk.

Fujita kicked off with a Treetop Village. Long used Sleight of Hand to find Land Grant. That fetched Tropical Island, and he was away at the races. Fujita had River Boa, but that wasn't a clock Long was worried about. He was happy to get his mana moving with Werebear.

Fujita's next play of Wasteland looked incredible when he followed up by tapping a white mana, but it wasn't Swords to Plowshares, just Phyrexian Furnace. Still, that would keep Long's Werebears in check. 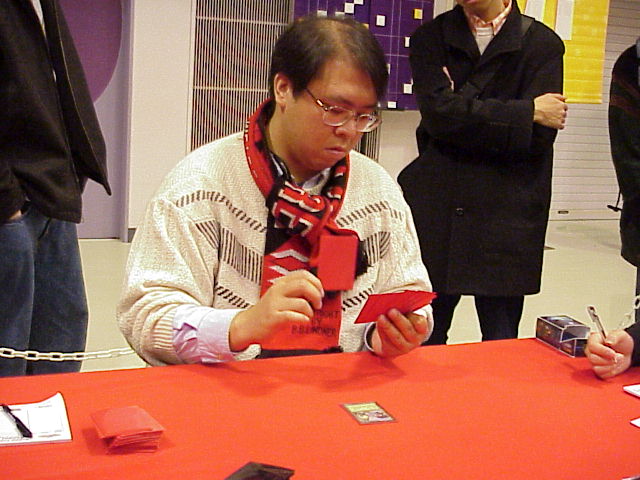 Long was delighted to keep his green mana. He Sleighted into another island and busted a Dryad. Next turn he had another. Fujita decided to blow his Furnace and search for an answer. He tapped out for Enforcer. Long attacked with both Dryads, but Fujita refused to bite. Long powered up with an Opt, knocking Fujita to thirteen, and added a second Werebear to his team.

Fujita was in trouble. He swung for five, and played out another boa without the mana to regenerate it. Then he played Gerrard's Verdict. Long Dazed, and Fujita paid. This was a mistake on his part, as long was happy to ditch cards, leaving five in his graveyard. Long untapped and Brainstormed twice. Fujita realized his error and started counting. He scooped in the face of monster beats.

In Game 2, Long answered Fujita's second-turn River Boa with some sideboard wreck-nology: Legacy's Allure. He was even nice enough to apologize for it, and told Fujita he was free to play giant creatures if he wanted. Long lost a Brainstorm and Dryad to Fujita's Stupor, but came back with a brutal Winter Orb. 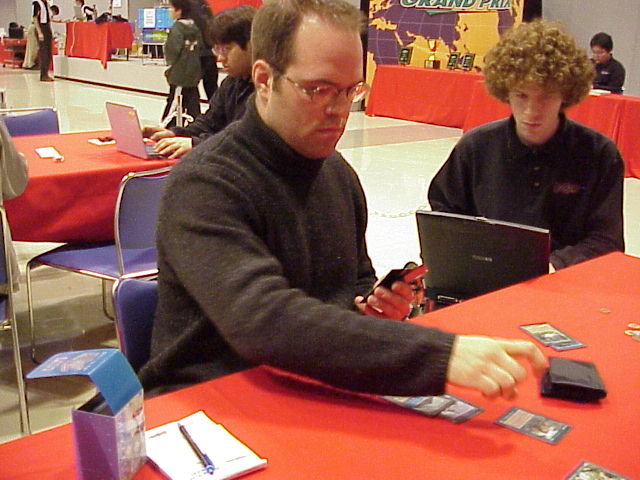 Fujita had no answer. Long took his Boa. Long thought about attacking, but noticed that Fujita had a Treetop Village and the mana to activate it, and so held back. Then he noticed he'd forgotten to put a counter on his Legacy's Allure.

Still, he was in the driver's seat. Land Grant got him green mana, and then a Quirion Dryad. It started to power up thanks to Gush and Sleight of Hand. Fujita laid a Choke, but Long let it by, unconcerned. He swung for five on the following turn, leaving Fujita at fifteen.

Gush kept Long's mana moving smoothly, while Fujita struggled under the Orb. Fujita even blew his Wasteland to keep Long from stealing his Treetop Village. His last line of defense was River Boa, and that was hardly sufficient. Threshold was achieved, as was lethal damage.