Round 10: Ondrej Baudys vs. Kai Budde 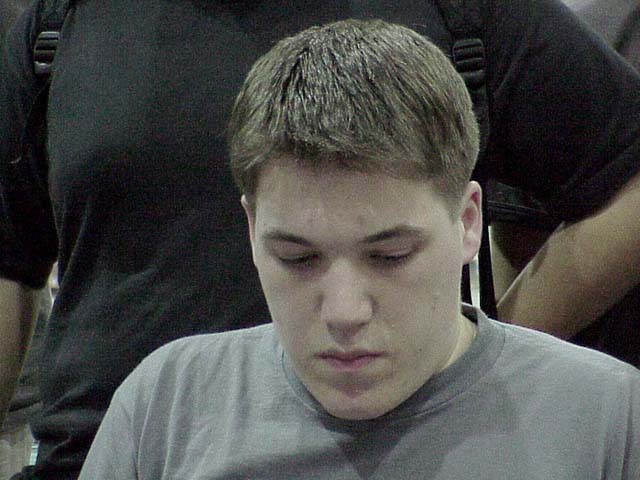 Everyone knows who Kai Budde is: The World Champion, the Player of the Year, got two other Pro Tour wins, but it's the flipside of this match that's interesting. Ondrej Baudys has been around for a long time, playing in some 15 pro tours over the last six years and making three top 16s, but he's never realized the dream of a Top 8. Ondrej has already turned down one Worlds invite this year, and when asked if a Top 8 at Euros would change his mind, he merely pointed at his wedding ring and shrugged.

Ondrej won the die roll but elected to have Kai play first, playing his Sunscape Apprentice after Kai dropped a Swamp. The player's colors quickly became apparent with an Island coming down for Kai as a Forest entered play for the Czech. Ondrej cast Primal Growth, searching out a Swamp before Kai finally cast his first spell, a Phyrexian Bloodstock, on turn five.

Finally, with the blue mage tapped out, Baudys could cast without worrying about counters, playing Stone Kavu, but Hunting Drake immediately returned it to his library. Ondrej was ready with a double kicked Stormscape Battlemage, but bad news was waiting as Kai cast Cavern Harpy, returning the Bloodstock to his hand, killing the Apprentice. Baudys recast the Stone Kavu, but it was again returned to the library as a second Drake flew into play. The Battlemage attacked, taking the score to 15-13 in Baudys Favor, but his Jungle Barrier wasn't much help, and Kai started taking control, attacking for four through the air and casting a third flyer, Phyrexian Slayer.

With the Battlemage taking the score to eleven points each, Ondrej took a long pause to consider his options. With the Harpy combining with both the Drake and the Bloodstock, his primarily white-green deck was obviously in a lot of trouble. Finally, he cast Living Airship, but Kai's mastery continued, excluding the 2/3 flyer. Kai then untapped and attacked for six more before casting Metathran Zombie and Morgue Toad, and a turn later the 28-year old native of Prague conceded.

Game 2 started at the same fast tempo seen in game 1, but this time Kai's spells were fast too. Nightscape Familiar came into play on turn two and it was followed by Morgue Toad on turn three before Baudys Primal Growthed for an Island and cast Reef Shaman.

Kai cast a 3/4 Emblazoned Golem on turn four as he waiting for Ondrej to do something, anything, and finally he got his ill-timed wish, with Baudys casting Lobotomy only to see a hand of Urborg Uprising, Annihilate and Exclude. With Kai only having three Islands and a Swamp, Baudys selected Exclude in the hope Budde wouldn't draw any more land. 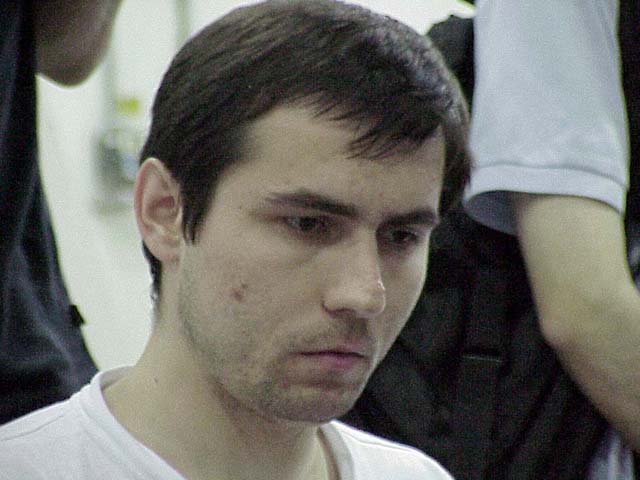 With the Golem and Toad attacking for five (taking Ondrej to 12), he played his recently drawn Swamp, to which Ondrej could only shrug. Ondrej untapped and cast Stormscape Battlemage, killing the Golem. Kai then attacked with the Morgue Thrull, which Baudys killed with the Battlemage, allowing Kai to cast Urborg Uprising, playing Treva's Cove.

Ondrej cast Stone Kavu, but knew this was only fodder for Kai's eventual Annihilate, which Kai decided to save in lieu of a 4/5 Emblazoned Golem. Ondrej then cast Mirrorwood Treefolk, whose ability was a real possibility thanks to the Shaman. Kai attacked with the Golem, Annihilating the Kavu before blockers. With Ondrej at 8, Kai cast Cavern Harpy, returning the Familiar to his hand and then got the Shaman to chump block after Ondrej cast Atalya, Samite Master. With Ondrej going to 6 from the Harpy, Kai went down to one card in hand, casting Metathran Zombie, and before drawing his next card knocked on his deck, saying 'Bloodstock". Apparently Kai's powers include the psychic, as he tapped five lands and cast the 3/3, giving him control over Atalya.

Kai's next attack saw the Legend and the Treefolk block the 4/5 Golem before Baudys cast Consume Strength, killing the Zombie while the tree got bigger. Atalya prevented the damage to herself, giving Baudys a hope, but with Kai returning and recasting the Harpy, Atalya was dead. Ondrej then untapped and played Llanowar Knight and Zanam Djinn, emptying his hand the turn before Kai drew Seer's Vision, which he cast with the Bloodstock.

Ondrej drew and cast Jungle Barrier, which he followed with an Island, but with Ondrej at 4 life, when Hunting Drake made an appearance, it was all but over, with Baudys going to 1 life as the Harpy was returned and the Drake recast. Ondrej drew his card, shrugged and conceded.