Round 10:
The Hexproof Hustle

A few minutes before this round started, Paulo Vitor Damo da Rosa beat David Ochoa in the final Magic 2013 draft match of the tournament. Ochoa didn't have to wait long to get his rematch as the two teammates (who are both 5-4, and need to 3-0 the remaining Modern rounds to have a chance to Top 4) now get to play against each other in a 73-card Domain Zoo mirror match. 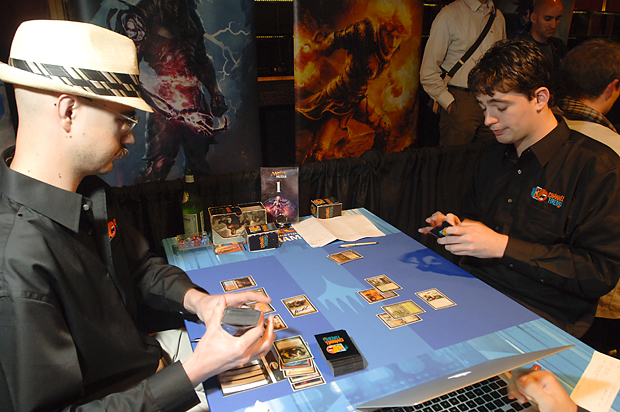 The two ChannelFireball teammates face off in a fight to remain in contention of the Top 4.

Damo da Rosa had 3 Steppe Lynxes to start the match, but Ochoa was able to survive the early onslaught thanks to a Tarmogoyf, a Lightning Helix, and a Lightning Bolt. As soon as he stabilized, Ochoa went on the offensive with a Qasali Pridemage.

But before the mustachioed Ochoa could make any real headway, Damo da Rosa used a Tribal Flames to take out a Tarmogoyf and a Lightning Bolt to kill off the Qasali Pridemage. 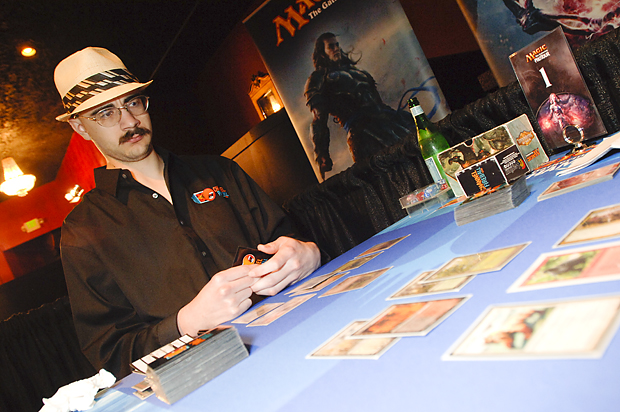 The mustachioed master could not keep a creature in play in the Domain Zoo mirror.

After clawing Ochoa down to 7 life, Damo da Rosa used a pair of Snapcaster Mages to finish off the job that his cats started, flashing back a Lightning Bolt and a lethal Tribal Flames.

In the second game, David Ochoa took a mulligan into a removal heavy but creature light hand. Unfortunately for him, this hand was particularly ill equipped to deal with the Geist of Saint Traft that Damo da Rosa played on turn three. 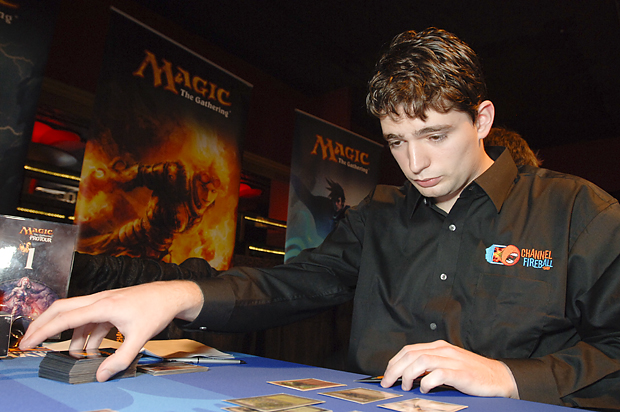 And by the time Ochoa started drawing potential blockers, it was already too late as Damo da Rosa had an ample supply of burn spells that he used to close out the match and keep himself in Top 4 contention.