Round 11: Christoph Lippert vs. Bram Snepvangers 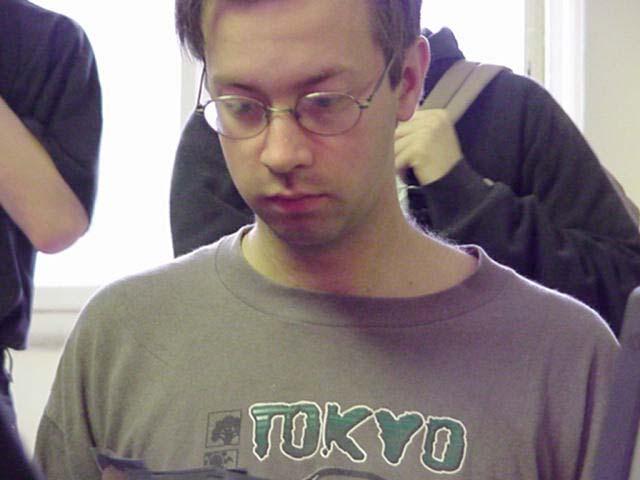 This was an interesting match-up. Christoph was playing a red/green deck with a couple of power cards like Kamahl, Pit Fighter and Shower of Coals, while Bram was playing a blue/white control deck with many anti-creature cards like three Angelic Walls and Gallantry along with some life gaining spells - the most amusing of which was Ancestral Tribute.

Bram won the toss and elected that his opponent should play first and just as Slemr had to in the last round, Christoph too had to mulligan down to six.

The first two plays of the game were a Patrol Hound and a Cartographer. The dog was not scared to attack into the townsfolk though, backed up by a Nomad Decoy and an Aven Cloudchaser.

Meanwhile Christoph was making a Diligent Farmhand so he could accelerate his mana, then a Metamorphic Wurm. Bram made a second Cloudchaser, but then had to take a Liquid Fire to his Decoy. And so the racing began.

The Metamorphic Wurm attacked into a Patrol Hound, but Bram had a Gallantry, and things started looking ugly for the German who had a Cartographer and a Leaf Dancer facing down two 2/2 flyers and a Patrol Hound that could achieve first strike capability at will.

With a draw of six spells and nine land Christoph accidentally flipped the top two cards of his library onto the table and conceded the first game before any kind of problem eventuated, knowing he was about to lose. 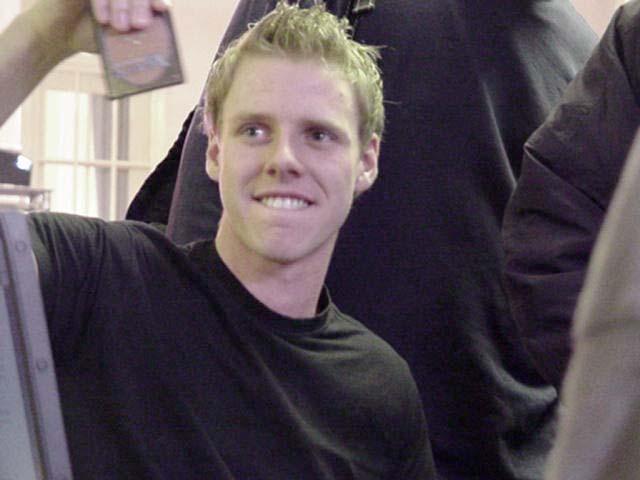 Christoph once again had to mulligan down to six after some consideration, but his Diligent Farmhand was no match for the Patrol Hound on the other side. Lippert also had a Darkwater Egg on the table which must have made Bram wonder what on earth the German had in his deck that required either black or blue mana, but it was possible that he was just playing it as a cycler. The egg was quickly sacrificed however, as Christoph desperately looked for a creature to block the dog, but it was an Ember Beast on top of his library.

A Shower of Coals stopped Bram dead, then a Thermal Blast destroyed an Aven Flock whilst the Dutchman was tapped out. Finally Christoph managed to draw another creature - a Mad Dog. Both of these creatures then attacked into a Pulsating Illusion. Christoph had the Muscle Burst, but Bram had the Gallantry.

Things started looking a bit better for Lippert when he laid a Metamorphic Wurm which had Threshold, but Snepvangers had "Second Thoughts" about the Wurm and killed off the Mad Dog that had actually managed to swing for four successive turns without dying.

Eventually going on the offensive with the Pulsating Illusion, Bram commenced the smack-down, and Christoph could do nothing about the flying beast, drawing only a couple of fat creatures to try to race.