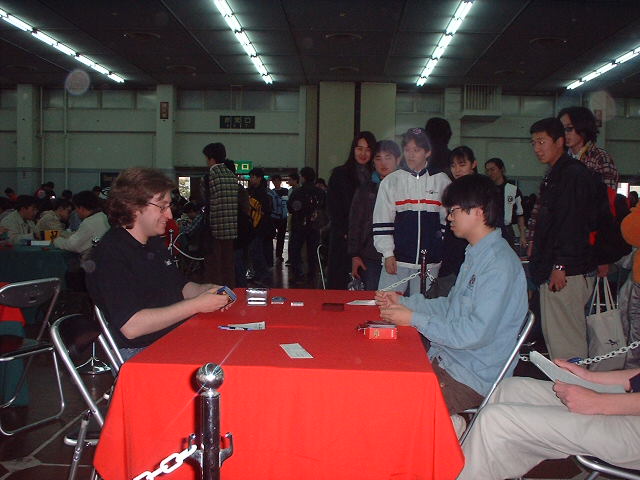 Alex was fighting to stay in contention for Top 8 and was paired up against the 'Japanese Zvi', Kiyoshi Sasanuma, creator of many rogue decks refered to as 'Torpedo Decks' because you don't see them coming, and then BOOM.

Alex was not so happy with his second draft deck, a black/red aggressive deck with more blue in it than would be optimal. Kiyoshi is playing a green/white/black with slight splash of red. 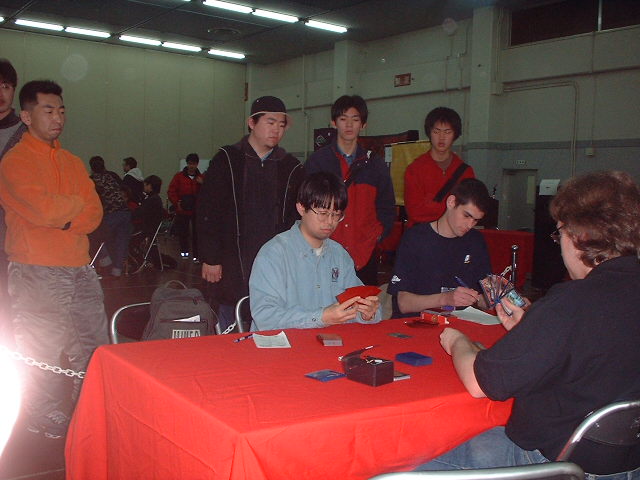 Alex got to start, playing just land until turn three Kavu Aggessor which was Maniacal Raged on turn four and joined by Shivan Zombie. Kiyoshi played 2nd turn Nomadic Elf and 3rd turn Quirion Elves (red), providing access to mana of all colors. The Nomadic Elf traded for Shivan Zombie when Kiyoshi attacked with it and he chose not to Explosive Growth it, instead Agonizing Demising the Kavu Aggressor.

Joe Spitter (Plague Spitter) was summoned by Alex next turn and wiped out the Quirion Elves and Sulfur Vent was sacrificed to really put the pressure on with a Treva's Attendant. Kiyoshi responded with Harrow and Ancient Kavu, but the Kavu suffered from an Exotic Curse and the smack down continued. A last effort Pincer Spider with kicker was Backlashed during end-step, dealing three damage to Kiyoshi and opening him up for the fatal damage next turn. 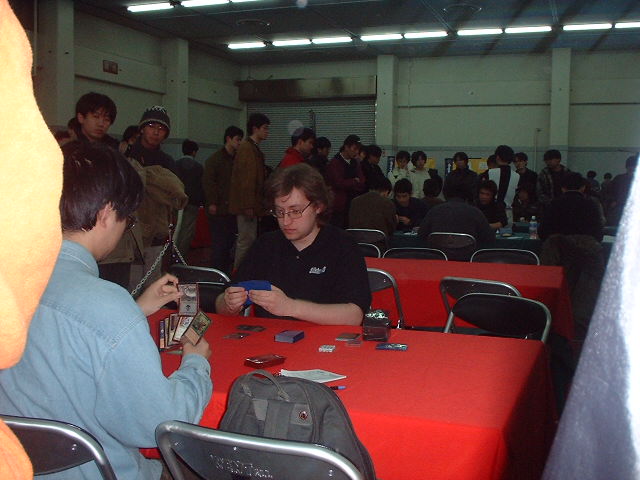 Game two saw Kiyoshi unfortunately mana flooded and this game ended quickly. He was only able to summon Nomadic Elf and Rampant Elephant. He was overrun by an early Shivan Zombie, Kavu Aggressor and Hooded Kavu. Alex also used Recoil, Repulse and Plague Spores to disrupt the blockers that Kiyoshi would have had. Joe Spitter hit the table and Kiyoshi scooped.