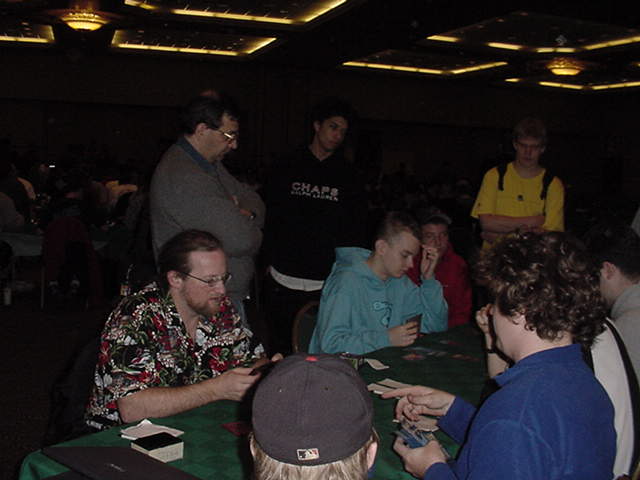 Donate hasn't been doing nearly as well as expected this weekend, but the one player who has piloted it to the top of the Swiss is Eric Taylor. He ran into Alan Comer in a round 11 feature match where the winner would all but clinch Top 8 while the loser would still be in contention. Comer's new creation - "Miracle Grow" - was designed specifically to beat Donate and has become the talk of the tournament, especially given Comer's decision to run just 10 lands. 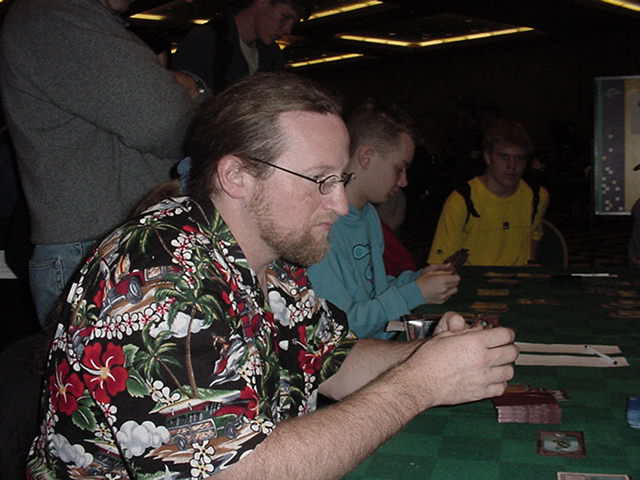 Taylor seemed resigned to his fate as soon as the round began. Comer used Force of Will to force Curiosity onto his early Dryad and "edt" could do little but sigh. Comer resolved a Winter Orb on his third turn and Taylor's special Thawing Glaciers technology (added to his main deck to improve his deck in the Donate mirror) didn't look as good any more. The Orb prevented Taylor from using any of his searching, so he couldn't even find a Donate to try to start a fight over and they were soon shuffling up for game 2.

Taylor nodded after sideboarding and announced "I have a plan." Comer said he should keep his comments to himself and they both grinned. Taylor appended his previous statement to "I have a novel plan" and they were off. 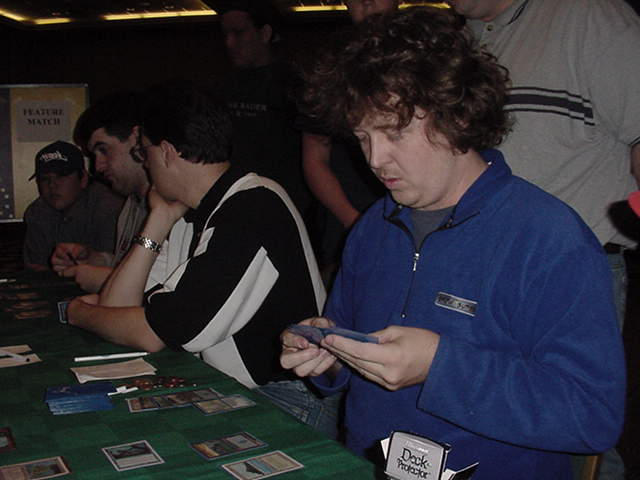 Comer had his usual one-land draw with a Sleight of Hand to find him a second land. All he found was Land Grant, which meant he was forced to reveal his hand and show Taylor exactly how much permission he had to play around: Daze, Force of Will, Miscalculation, and plenty of blue cards. While Taylor spent his resources wading through Comer's permission, Comer was busy playing Merfolk Looter and digging for a Quirion Dryad plus a Curiosity. Basically, Comer's deck really does slaughter Donate. "Slaughter" doesn't really do it justice. "Demolish"? "Eviserate"? It looks like we'll have plenty of time to think up the right word because Miracle Grow is here to stay.