Share Article
Share Tweet Share
morning here at Day 3 of the Invitational, and as the plasma screens fire up, the music starts thumping, and the crowds start pouring in, it's time for more brawling, Mirrodin block constructed style.

This match-up pits the classics against each other, with Ooiso piloting Ravager Affinity right into the jaws of Osyp's Big Red deck packed with artifact hate.

This one started out more underpowered than either deck would have preferred. Ooiso's underwhelming early attack consisted of Arcbound Worker + Frogmite while Osyp started out by Detonating an artifact land. Ooiso had enough mana to soldier on though, and was able to use Memory Jar to keep his meager army (for this deck) around despite some removal from Osyp. As the turns went on, Osyp's main problem was a lack of any threats to take advantage of the time his deck was buying him. He did get the chance to bounce a Pulse of the Forge off his opponent a couple times, but he died a few turns later under a rush of creatures with nothing to defend himself but a grip of 3 Seething Songs. For this one at least, the control deck just didn't manage to draw the right pieces at the right times. 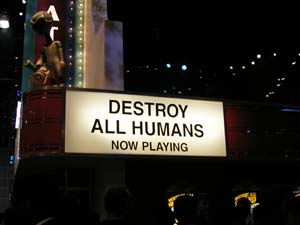 Whereas game 1 didn't really go according to plan for either deck, game 2 felt much more like both players were getting to do more of what their decks are designed to do. The problem for Osyp was that while he had his dragon this time he just didn't have enough time to get it into play. Masashi's deck started with an Arcbound Worker, which got Detonated, as did one of his land friends. But then Masashi played out two Disciples of the Vault off what mana he had left to him and Osyp just didn't have a way to kill the humans before it was too late. Once he hit 5 mana he managed to drop out an Arc-Slogger but Oisio had the Ravager and Osyp didn't have the life to make it to his untap phase.