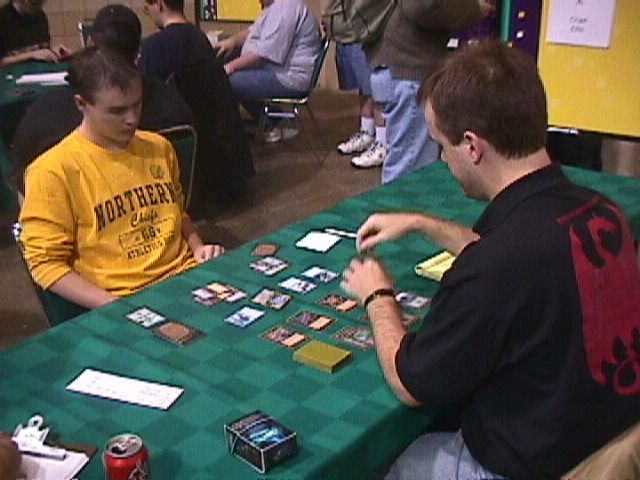 Philip Freneau vs. Chad EllisFreneau and Ellis are members of two of the most prominent teams on the Pro Tour - ABU and YMG, respectively, and they met in round 11, both needing to 3-0 their table to have a shot at Top 8.

Both players were packing blue, Freneau with white, and Ellis with black.

The first game took over half an hour, and was dominated by the most part by Freneau's Pulsating Illusion, which, with help from an Aven Cloudchaser took Ellis down to three. Ellis' board was trying to clog the air, while Dirty Wererat and mulitple Crypt Creepers sat on the ground, looking to do something. 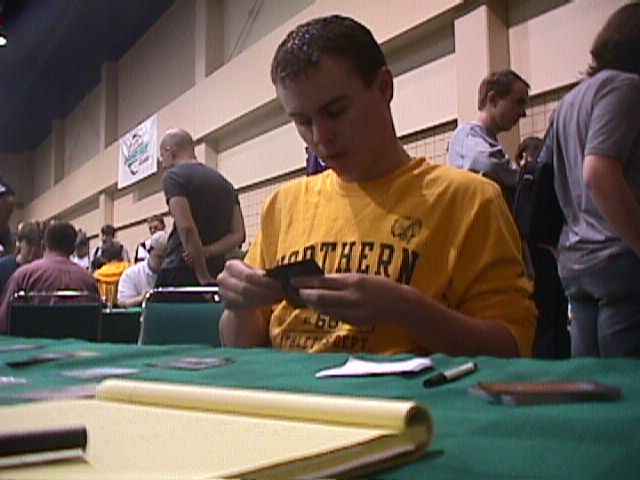 Philip FreneauThe key play was Freneau's attack with his Illusion while tapped out. Ellis double-blocked with Repentant Vampire and Aven Smokeweaver, and finally the Illusion was gone. Freneau had been losing momentum, but on that attack, surely lost the game. 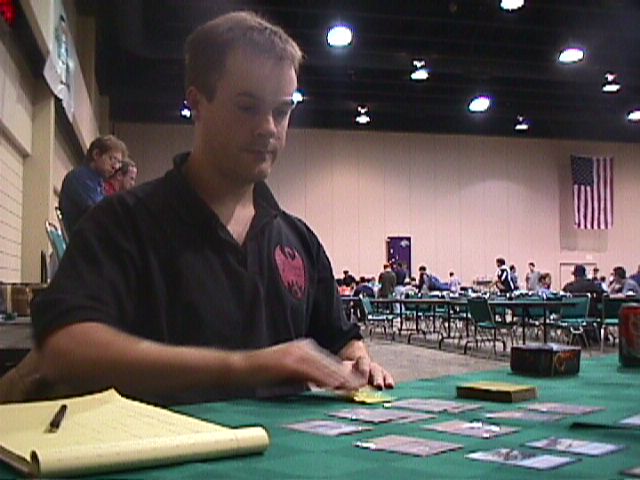 Unfortunately, Freneau did not get a chance to redeem himself, as he failed to draw an Island until turn 83 and by then, Ellis' Frightcrawler had him almost dead by itself.