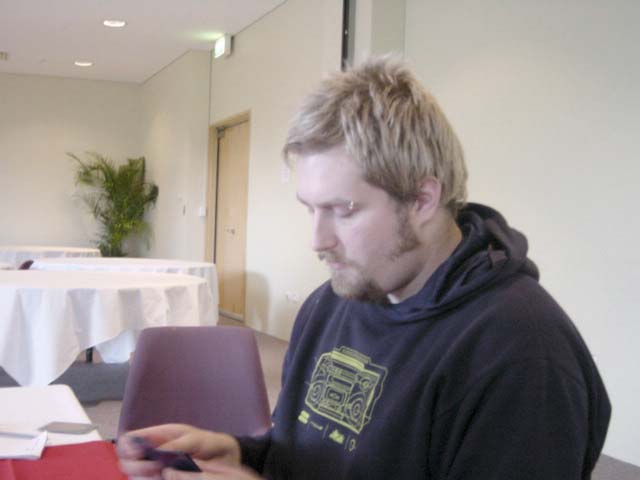 In what could possibly be the fastest match of the day, round 11 saw Oks and his metagame R/G Fires deck play Nadebaum and his Fires deck. The loser of the matchup would be unable to make the Top 8 and the winner would be forced to play out their last match for a chance.

After winning the triple die roll-off, Nadebaum chose to play first and dropped a River Boa on turn 2. Oks had no turn 2 play and chose to play a Rishadan Port, tapping down one of Nadebaum's Forests in his upkeep step. Nadebaum simply attacked with his Boa and dropped a Port of his own to keep Oks' port locked down during the next turn.

Oks was reduced to two mana and was again unable to make a play, whereas Nadebaum on the other hand produced a second Boa and locked down the Port once again in the upkeep step. Seeking to regain control Oks dropped a mountain and cast Hammer of Bogardan on one of Nadebaums River Boas, but the game was all but over one turn later when Nadebaum dropped down Shivan Wurm. Oks tried to win the race with a kicked Skizzik but it wasn't fast enough and Nadebaum rode the Wurm to a game 1 victory. 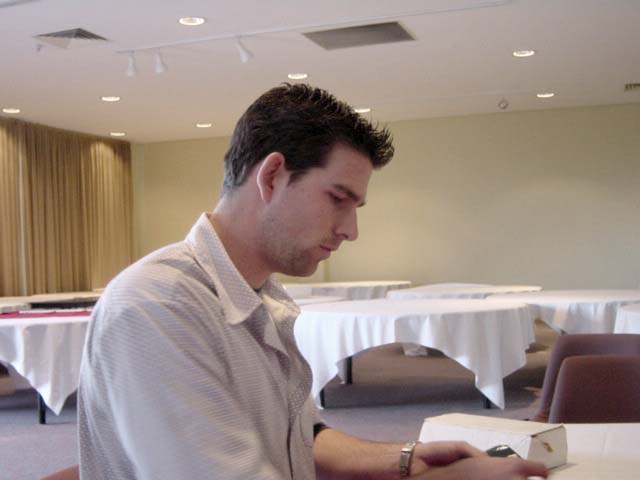 Having had such a great draw in game 1 Nadebaum began game 2 with a mulligan and had to start with a sub-optimal 6 cards, as he refused to mulligan any further. The game started in a mirror like fashion with both players casting a turn 3 Fires of Yavimaya. However the turn 4 Rishadan Port that Nadembaum drew would prove crucial as Oks had only drew one Forest and was trapped with 2 Blastoderms in his hand. Taking his time Nadebaum Ported the lone Forest every turn, even when he could tap out to surge with a Saproling Burst he took his time and waited for the right moment, eventually forcing through 12 damage with 3 saproling men.

Oks was forced to Shock and Seal of Fire one of the Saproling tokens, but it mattered little as Nadebaum untapped and summoned a Blastoderm attacking with it and the 2 remaining Saproling men for the win.